For a pampered, white, European boy, just stepping into the New York subway system is a thrill.  It makes you feel like some kind of brave adventurer.  Decades of television and film have taught you that nothing good ever happens down there.  It's all muggings and murders and people falling onto the tracks.  Even when it appears in a musical adaptation of the Wizard of Oz, the subway is where Dorothy is trapped and then menaced by a crow-faced peddler whose puppets come to life.  (This actually happened). 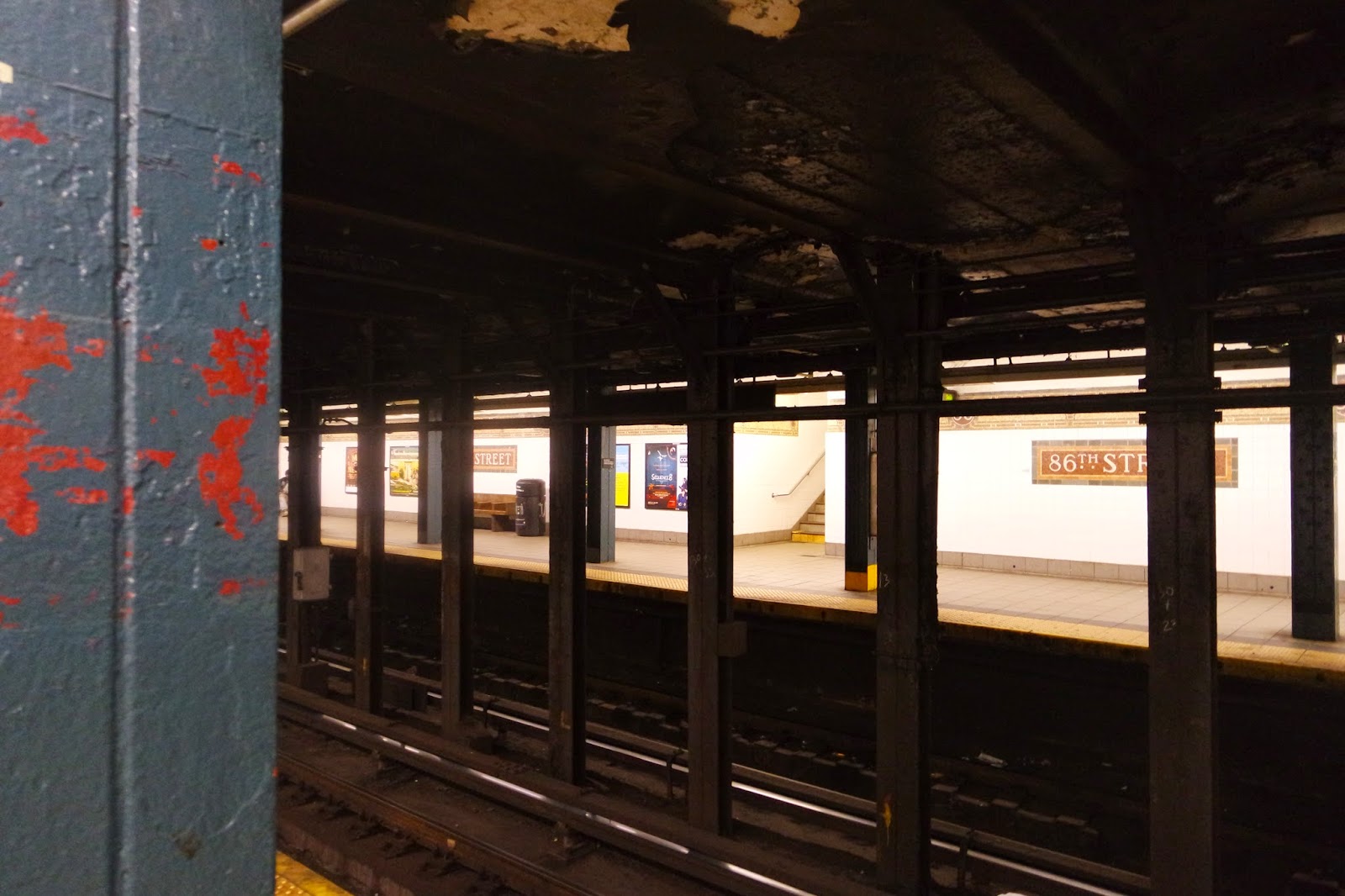 Even without the years of cultural indoctrination it'd be hard to conclude that this was a good place to be.  The London Underground is grubby and charming; the Paris Metro is minimalist and a bit clunky.  New York's stations are unfailingly practical.  They were, in the main, built with the minimum of excess.  You can see the structural steel holding up the roof.  All four tracks are on display.  They rarely have station buildings, just open stairwells down from the street.  Even the idea of a "ticket hall" is redundant; in most cases, there's a sort of lobby next to the platform with a single box housing the only member of staff. 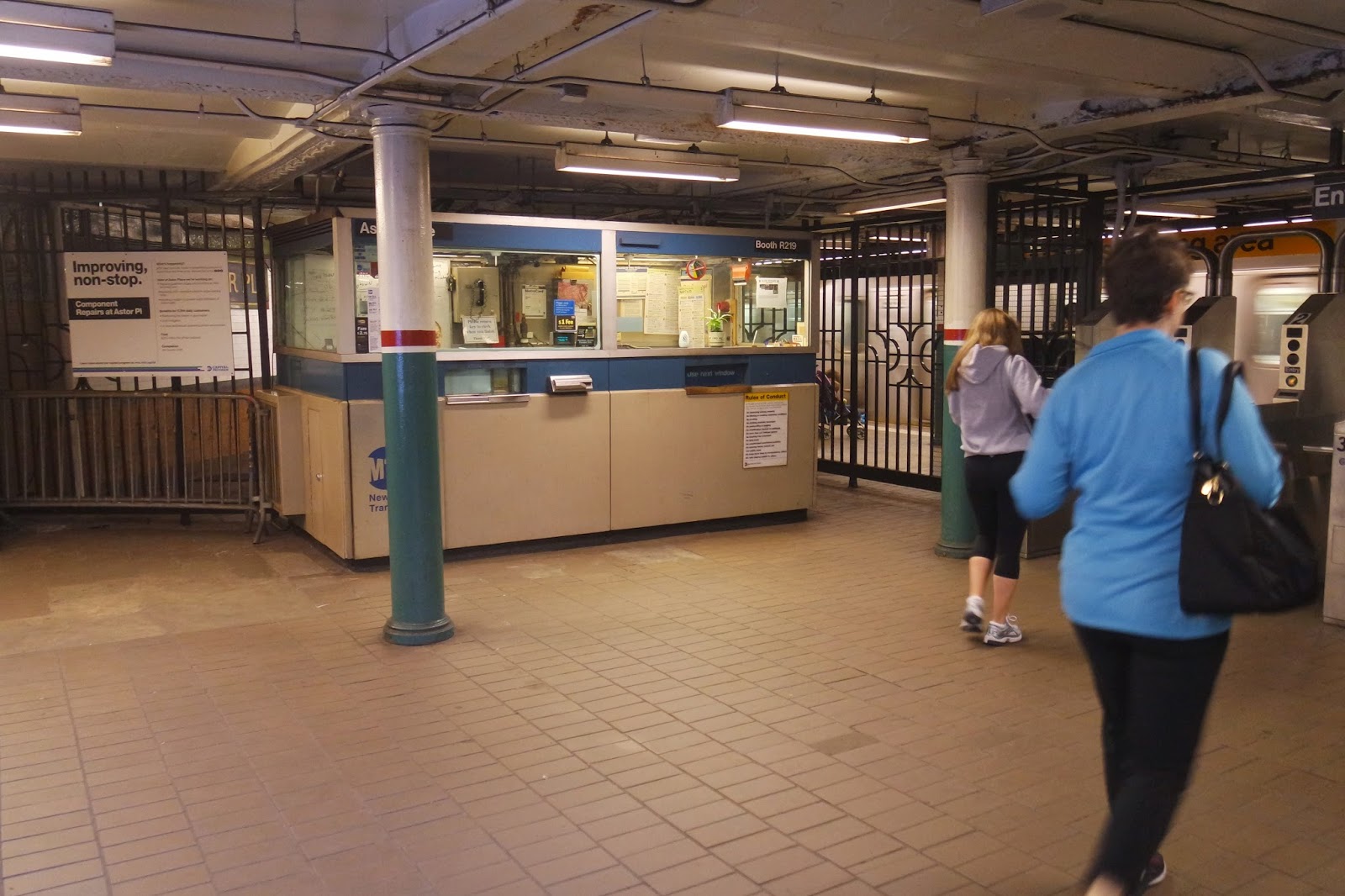 As my holiday went on, I began to experience a hitherto unknown emotion: subway fatigue.  Every station just looked the same.  There were slight variations of course; the tiling was different, the layout changed, the colour of the numbers for the line.  They weren't much.  When I crossed over to Brooklyn, there wasn't a radical shift as I passed under the river.  The stations there looked much like the ones in Manhattan. 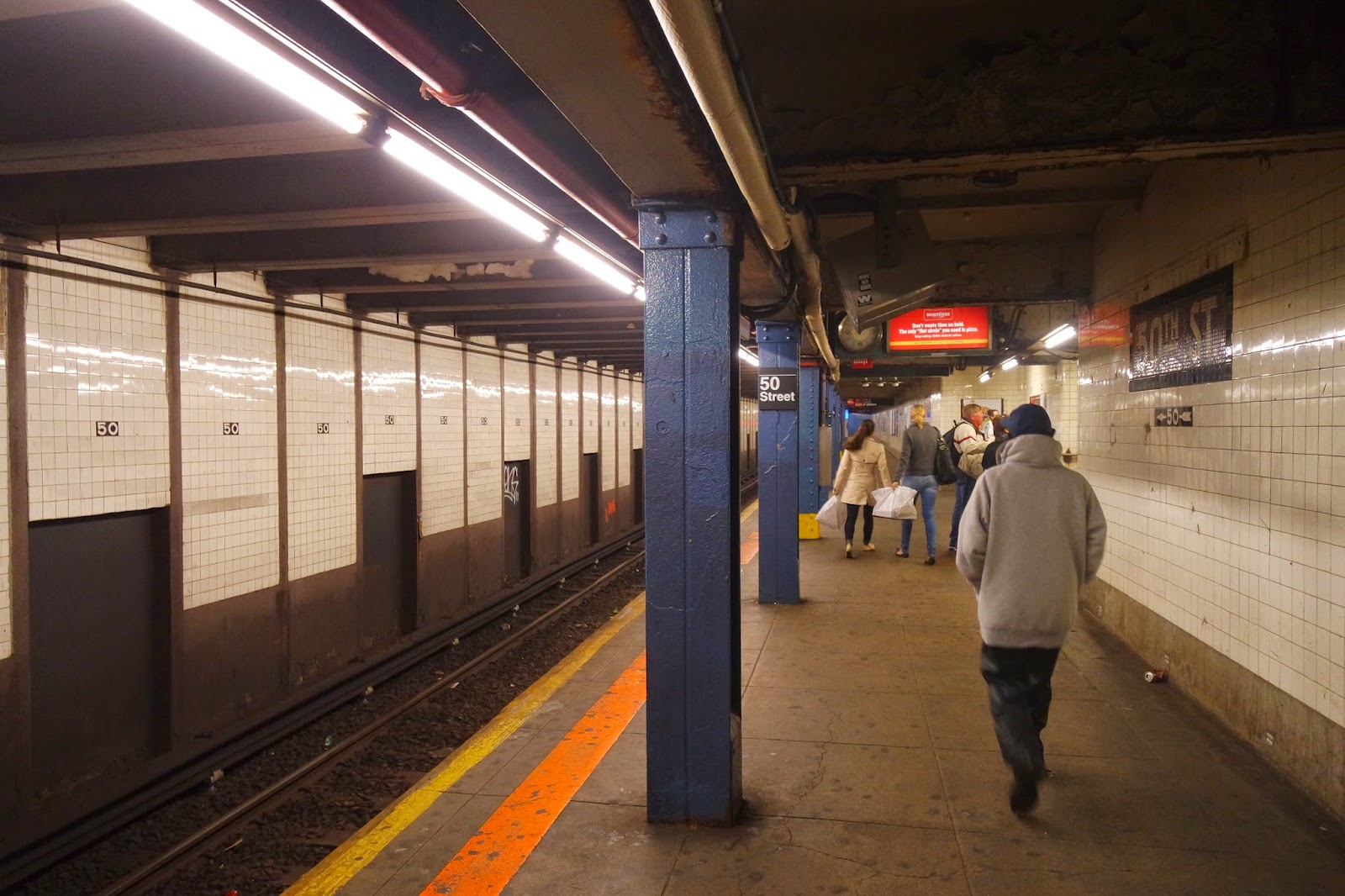 Going back over my pictures I've had difficulty working out when one station ends and another begins.  I've had to turn to the metadata to check the times the photos were taken because there's no way of knowing otherwise.

As a result, I'll be keeping the station descriptions brief.  Here are the subway stations I visited while I was on holiday.  (Out of respect to the BF, I went hardly anywhere just for the purpose of visiting a station.  Though that's not to say I didn't make him endure some boring transport related shit). 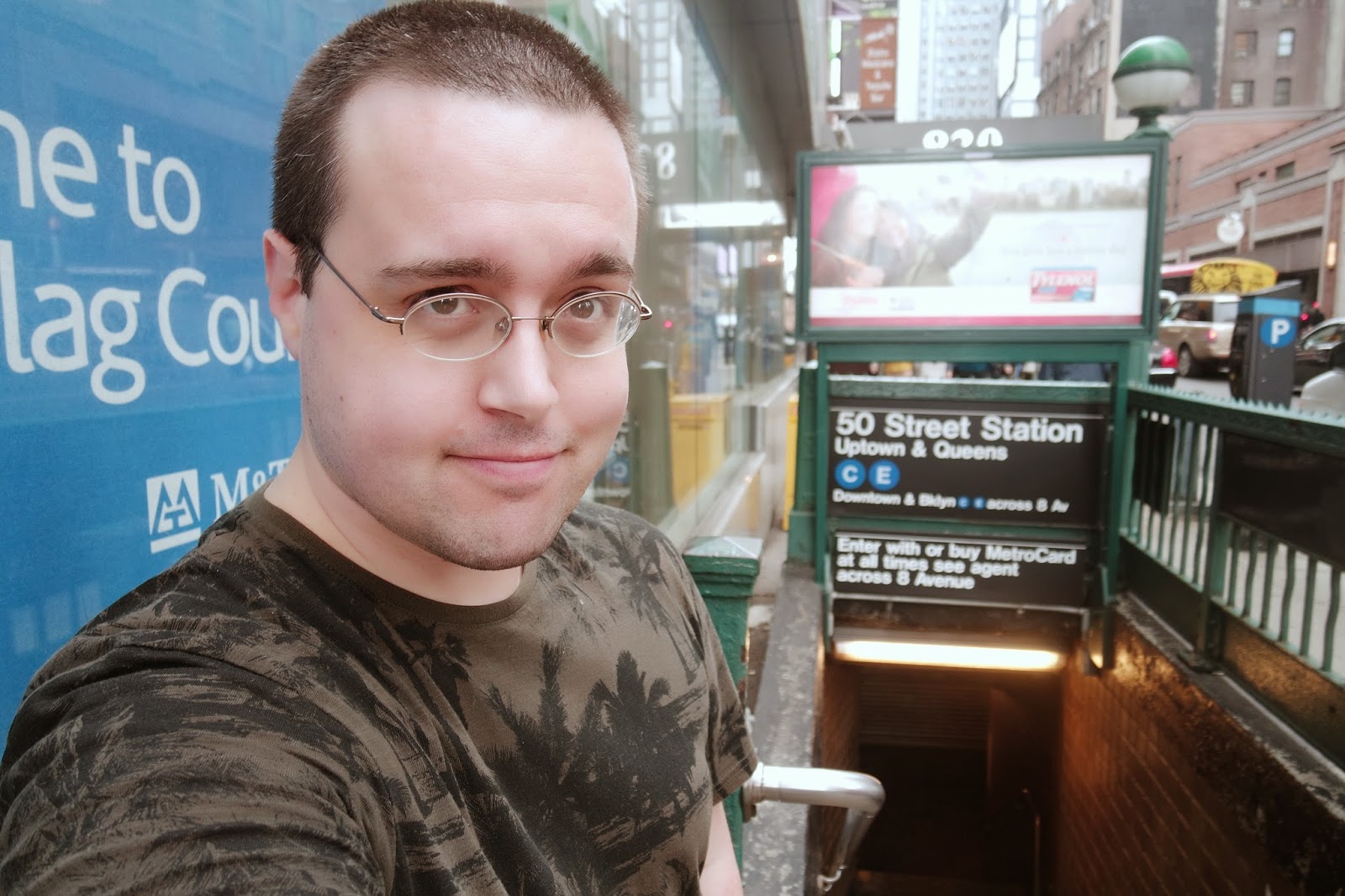 The two 50th Street stations are at either end of the same block but don't connect; you have to exit, walk down the street, and enter the new station.  This is what happens when you have two competing private companies (the IRT and the BMT) building the network for you.  Both companies went bust in the 30s and the city had to take them over; luckily we all learned our mistake from that and private companies were never allowed to run a railway ever again. 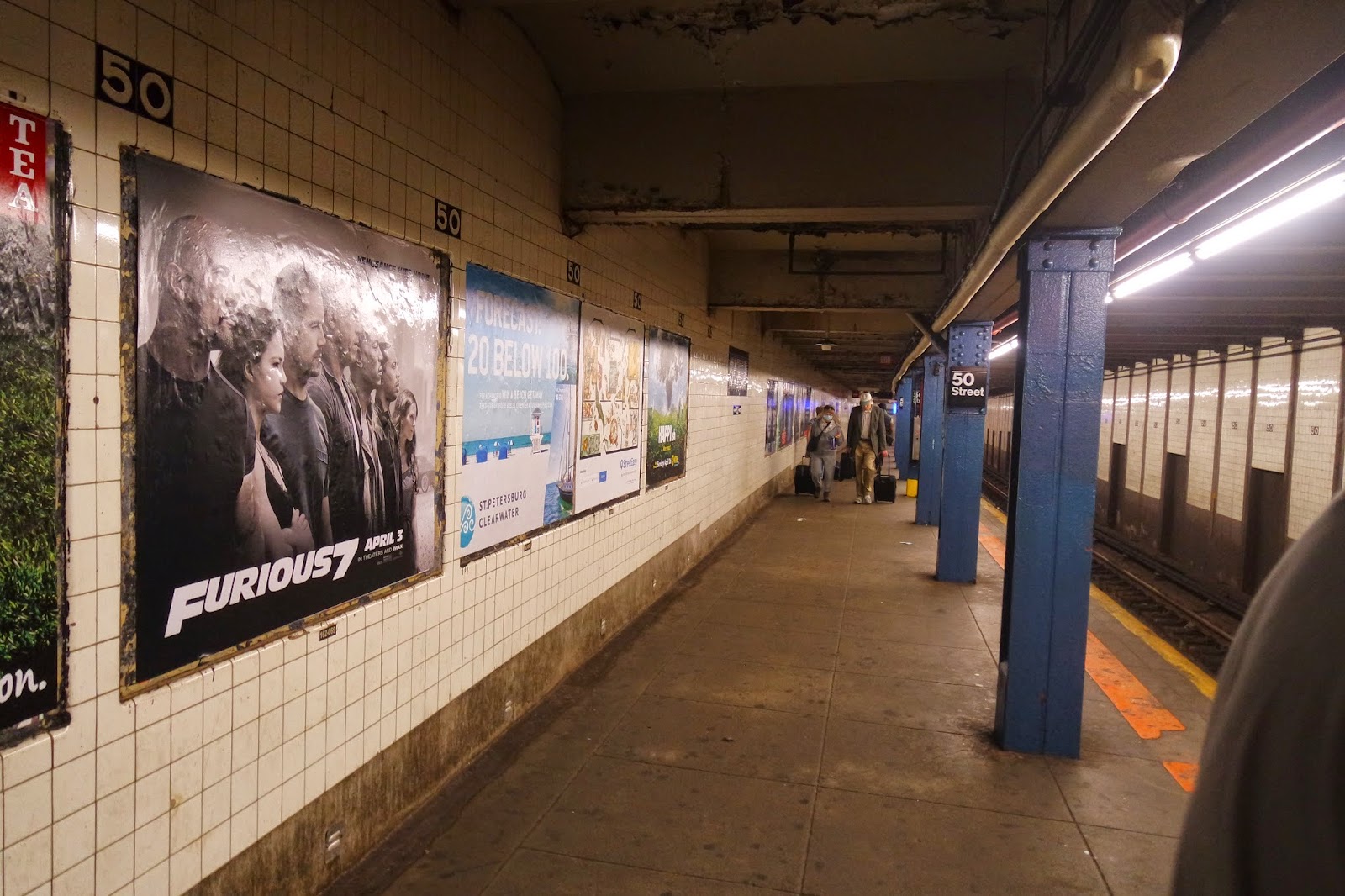 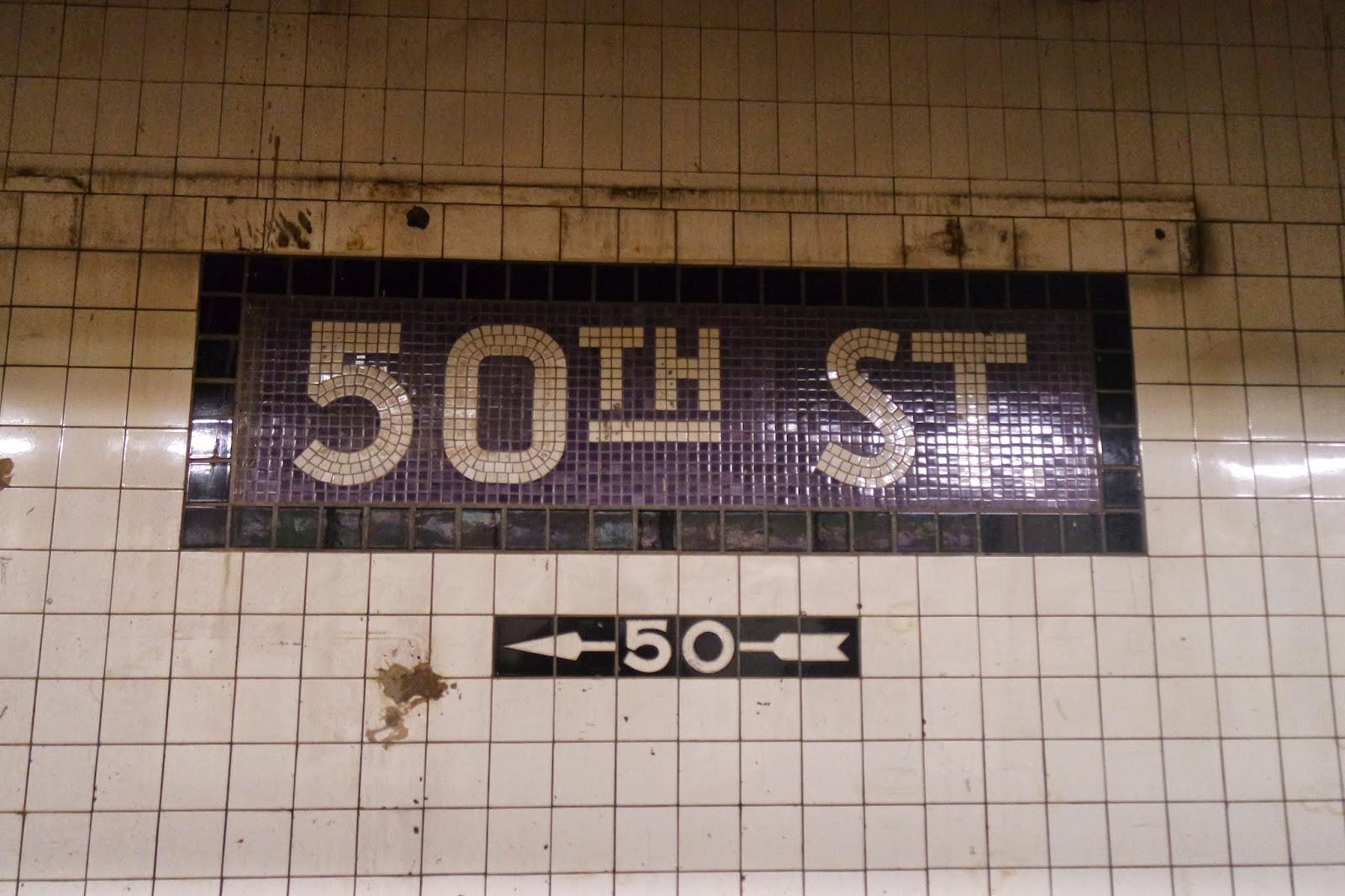 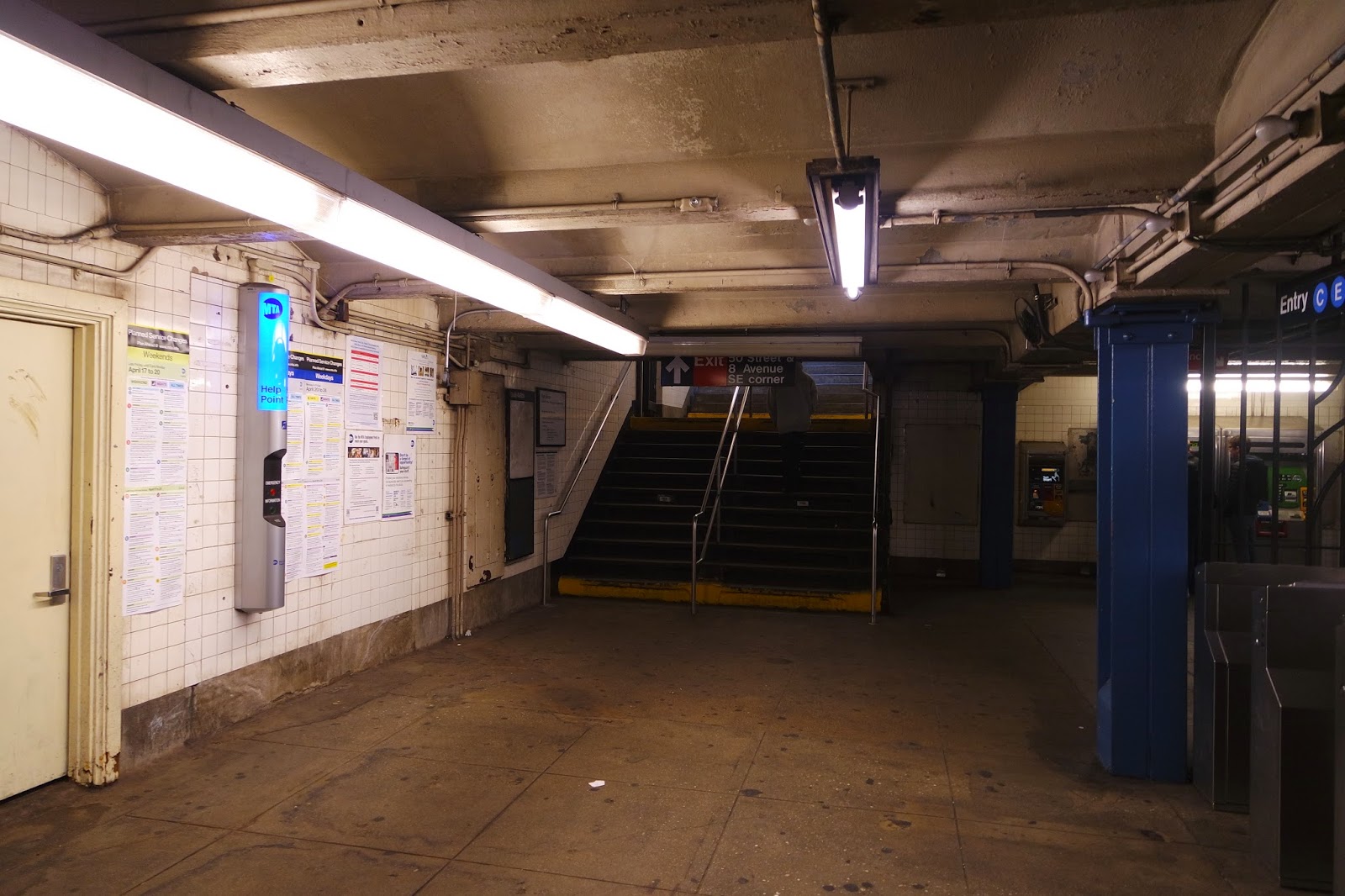 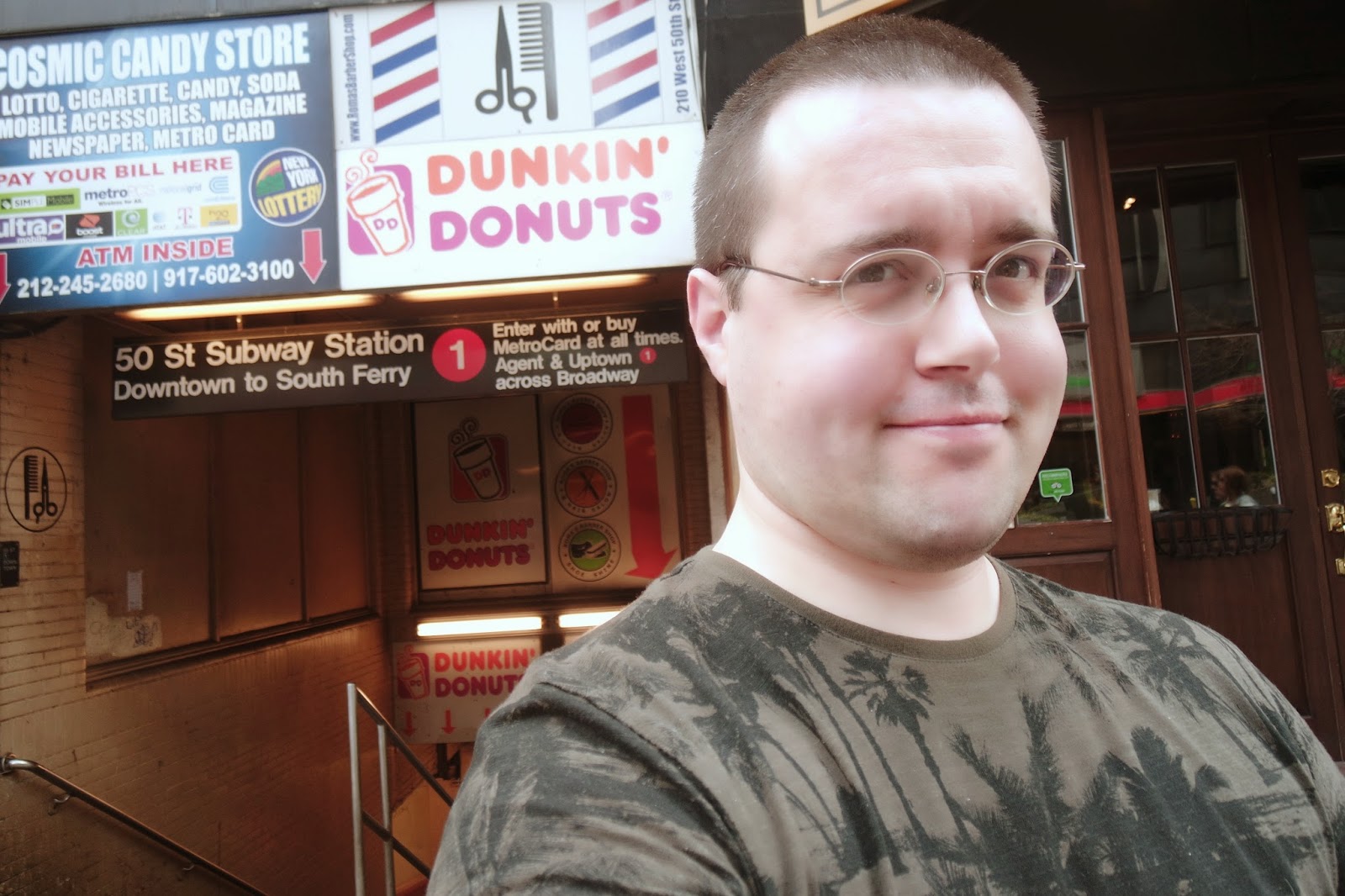 This one actually has a Dunkin' Donuts built into the staircase.  I have never had a Dunkin' Donut, even though I am an acolyte of Krispy Kreme (all donations gratefully received). 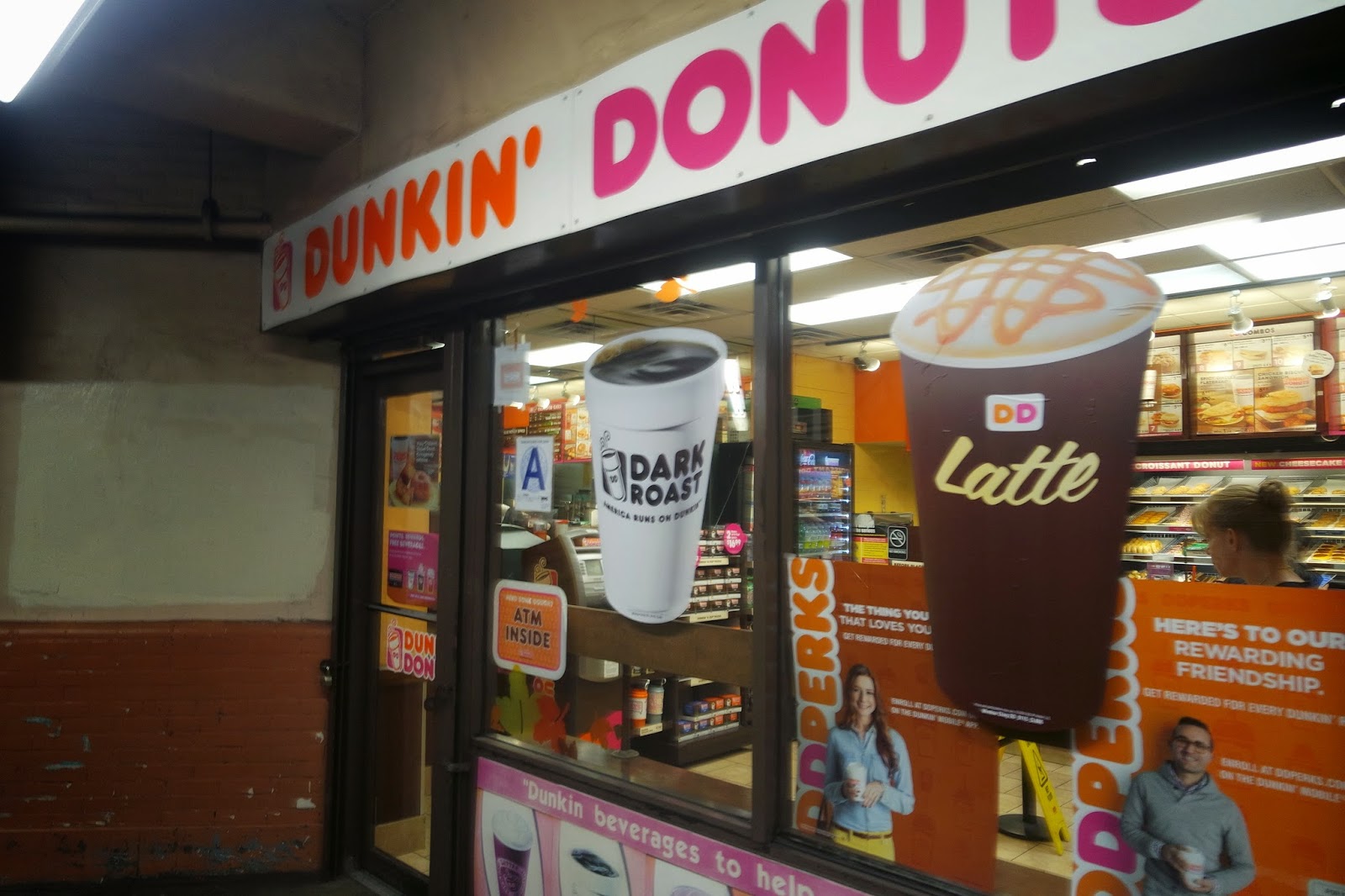 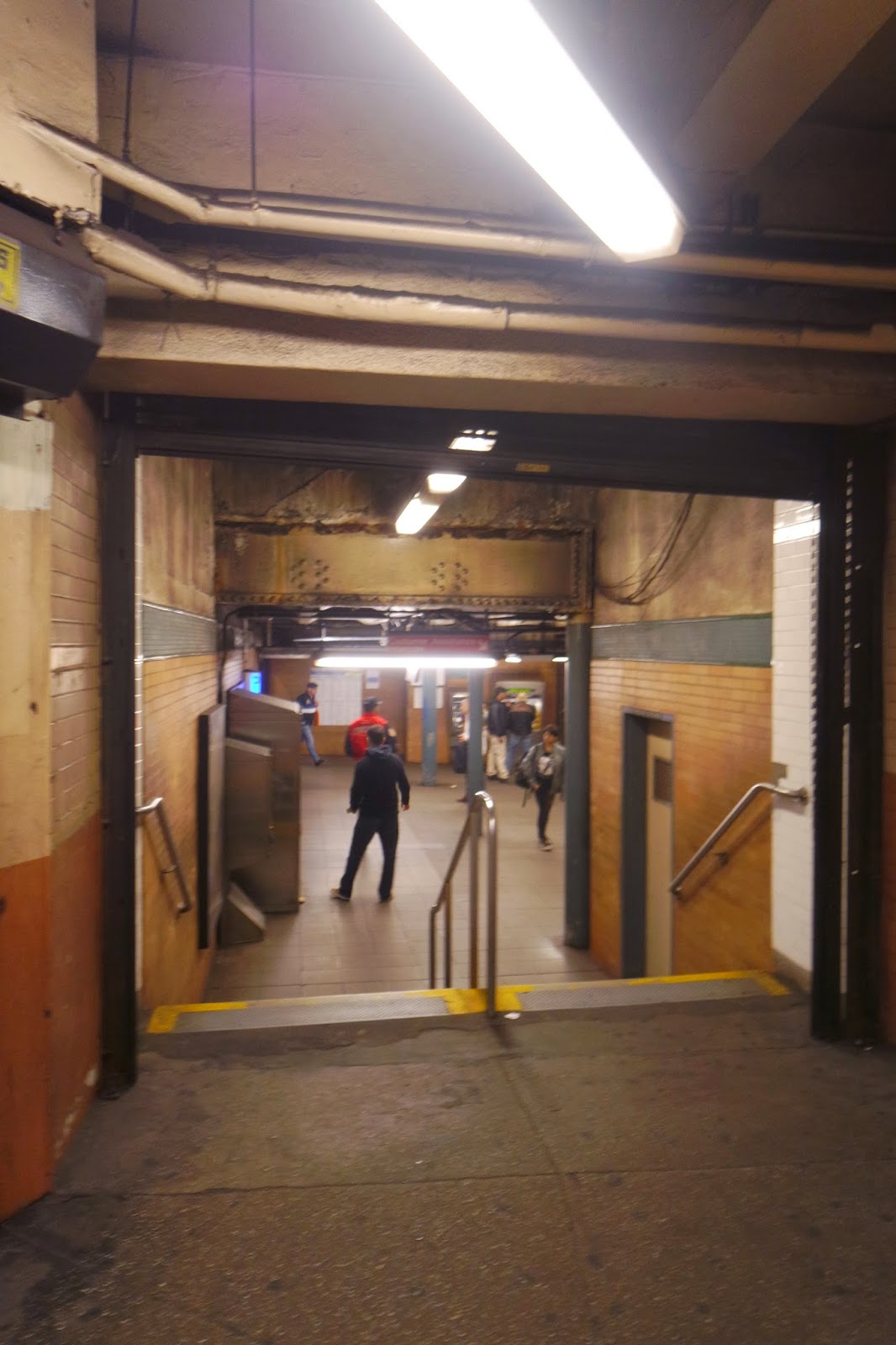 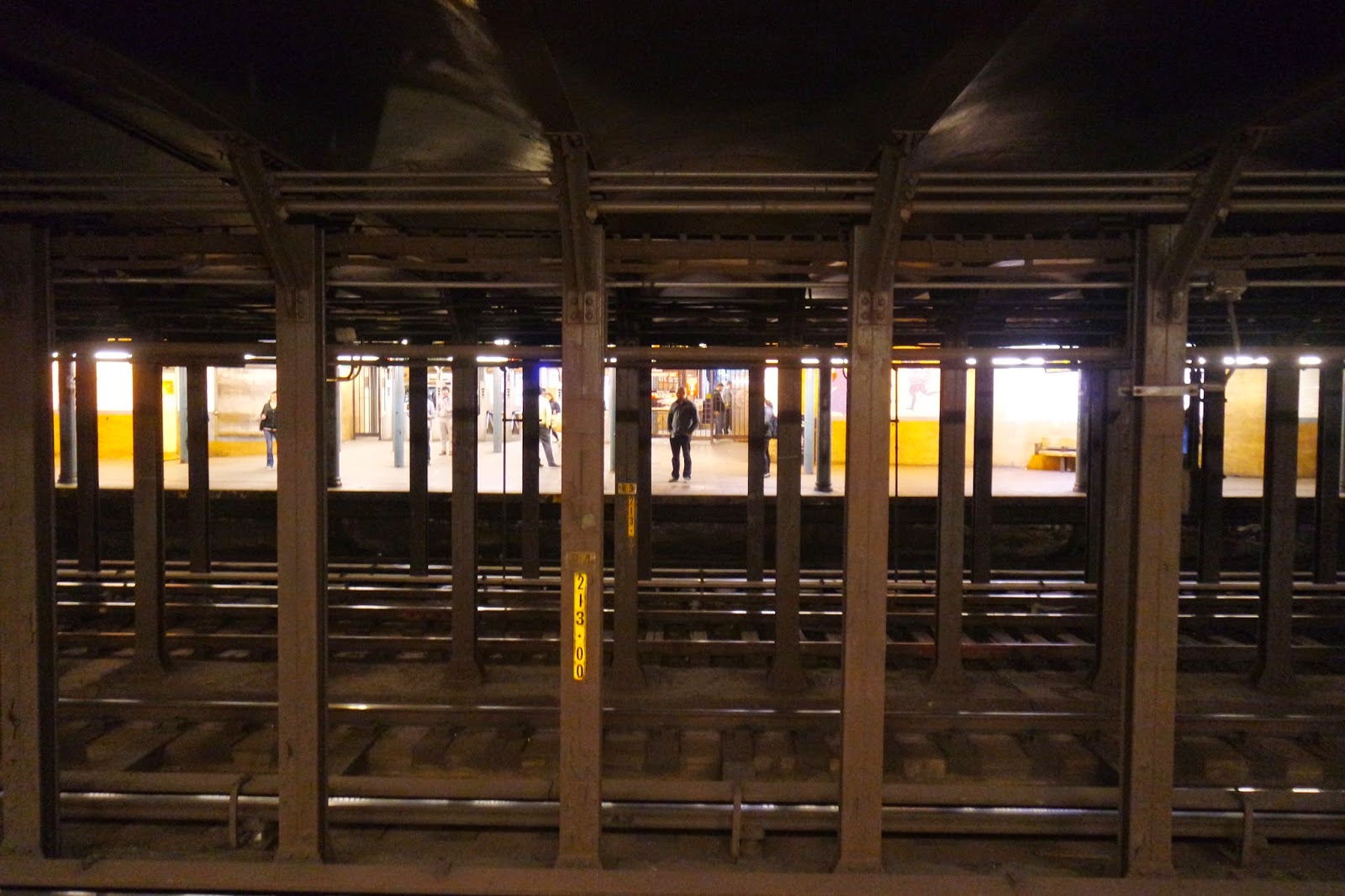 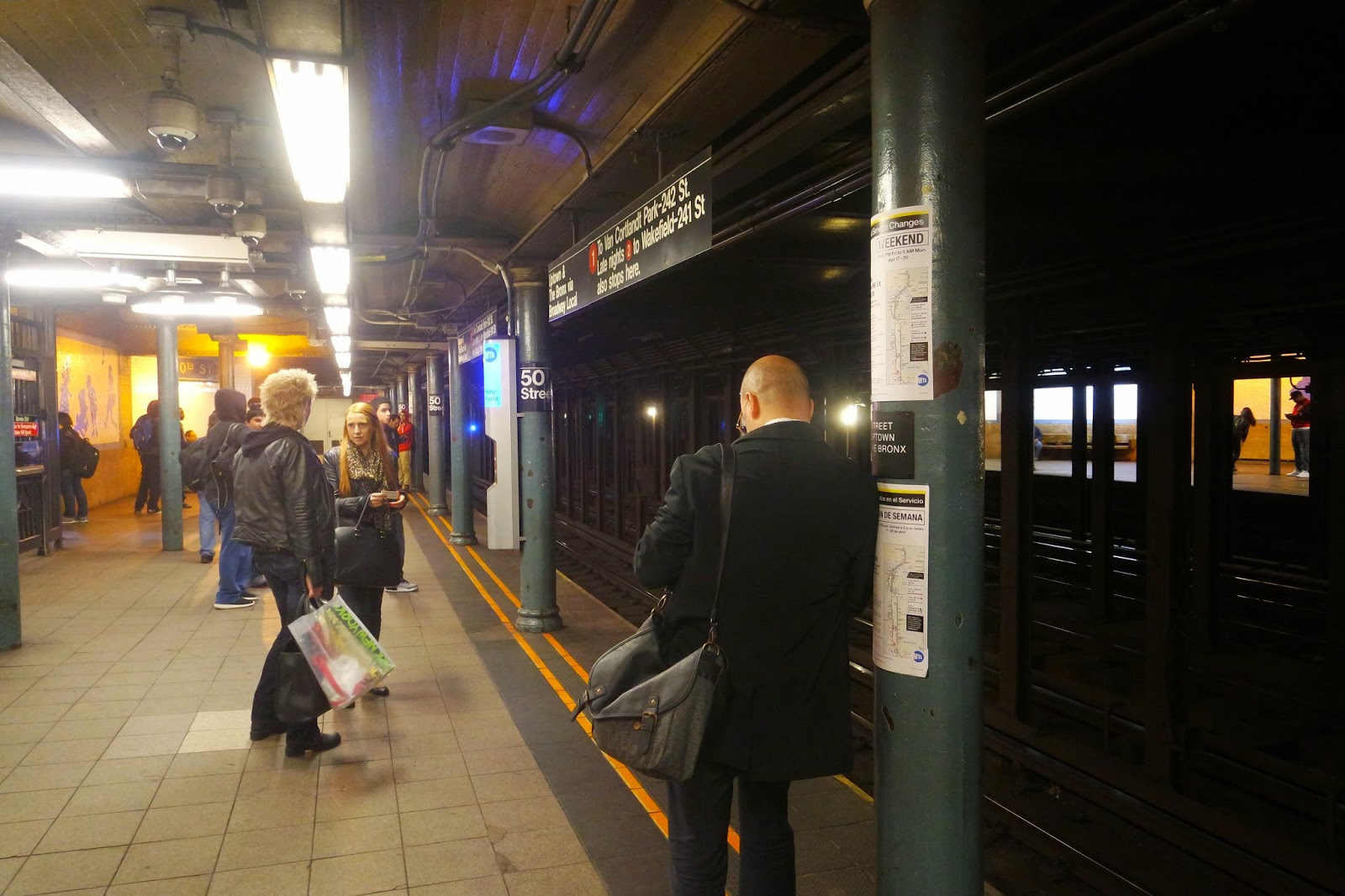 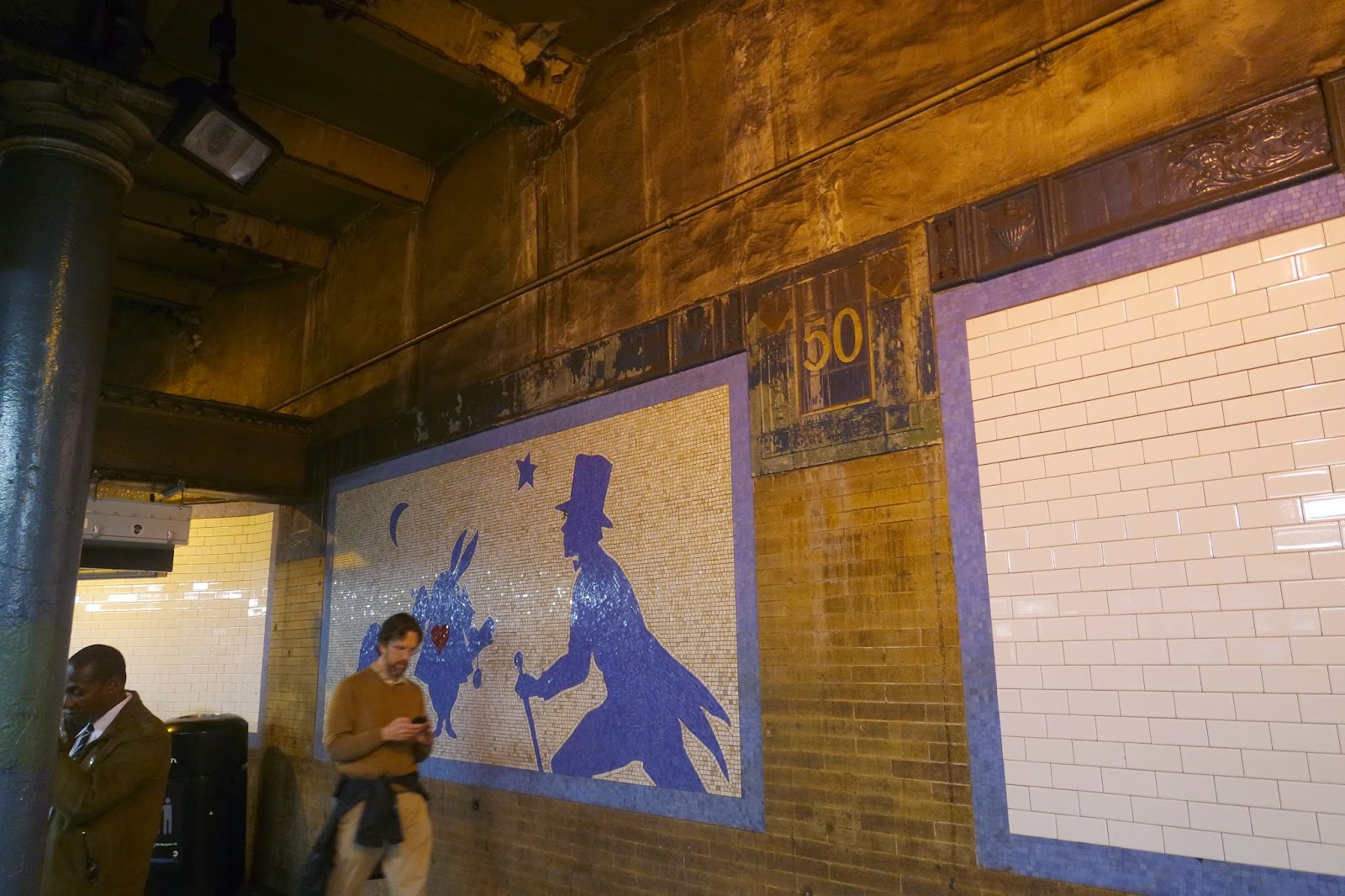 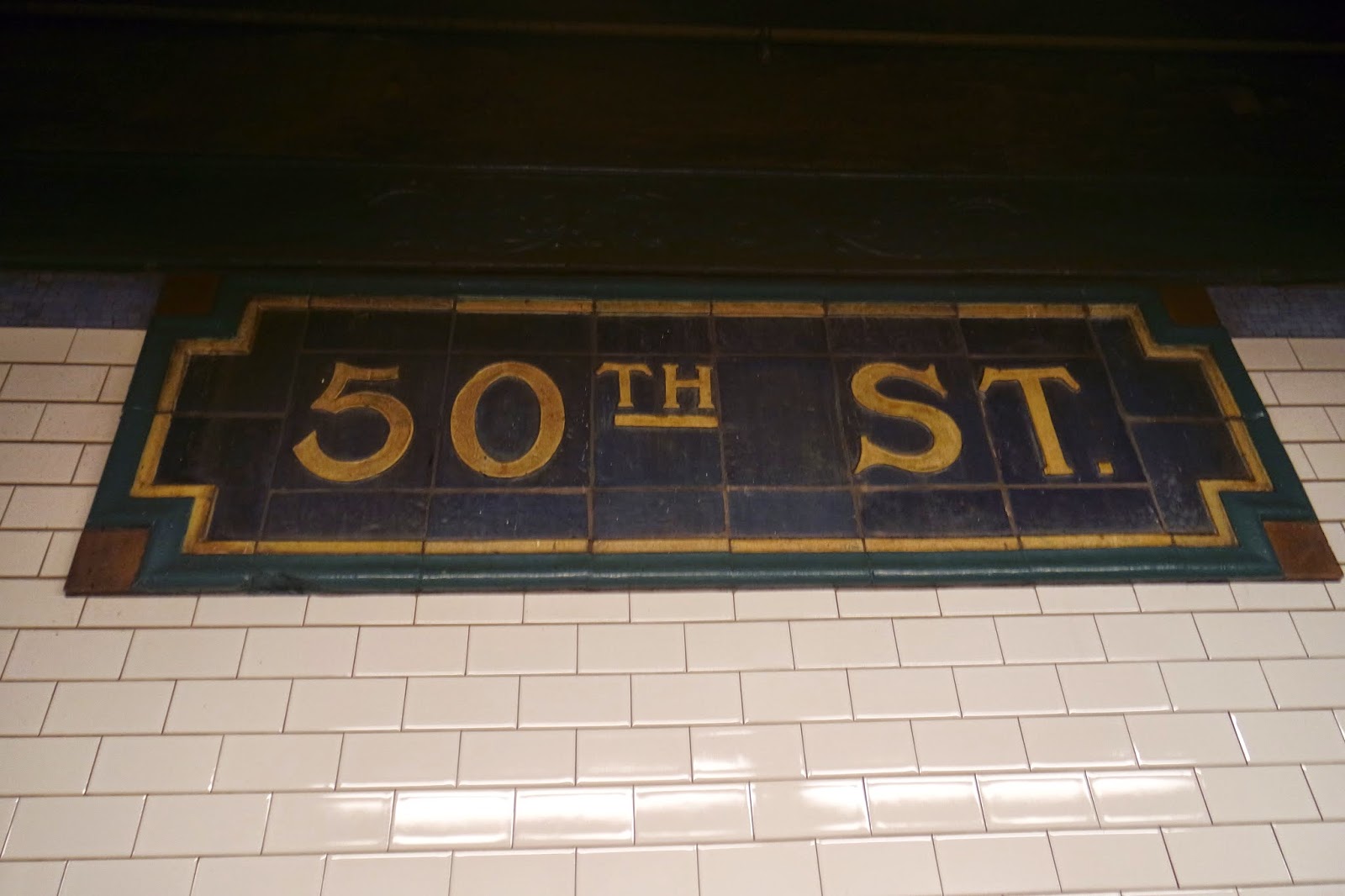 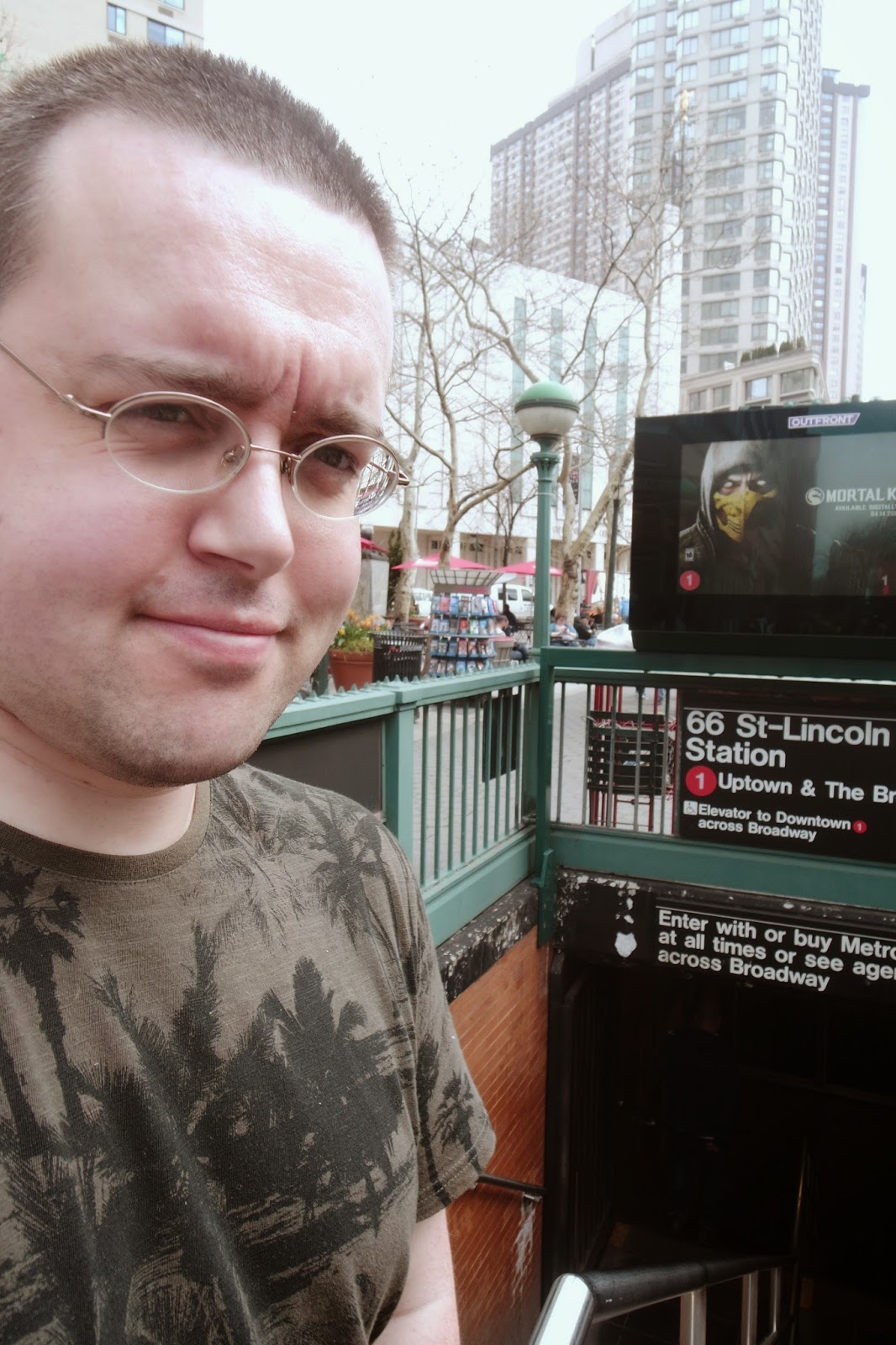 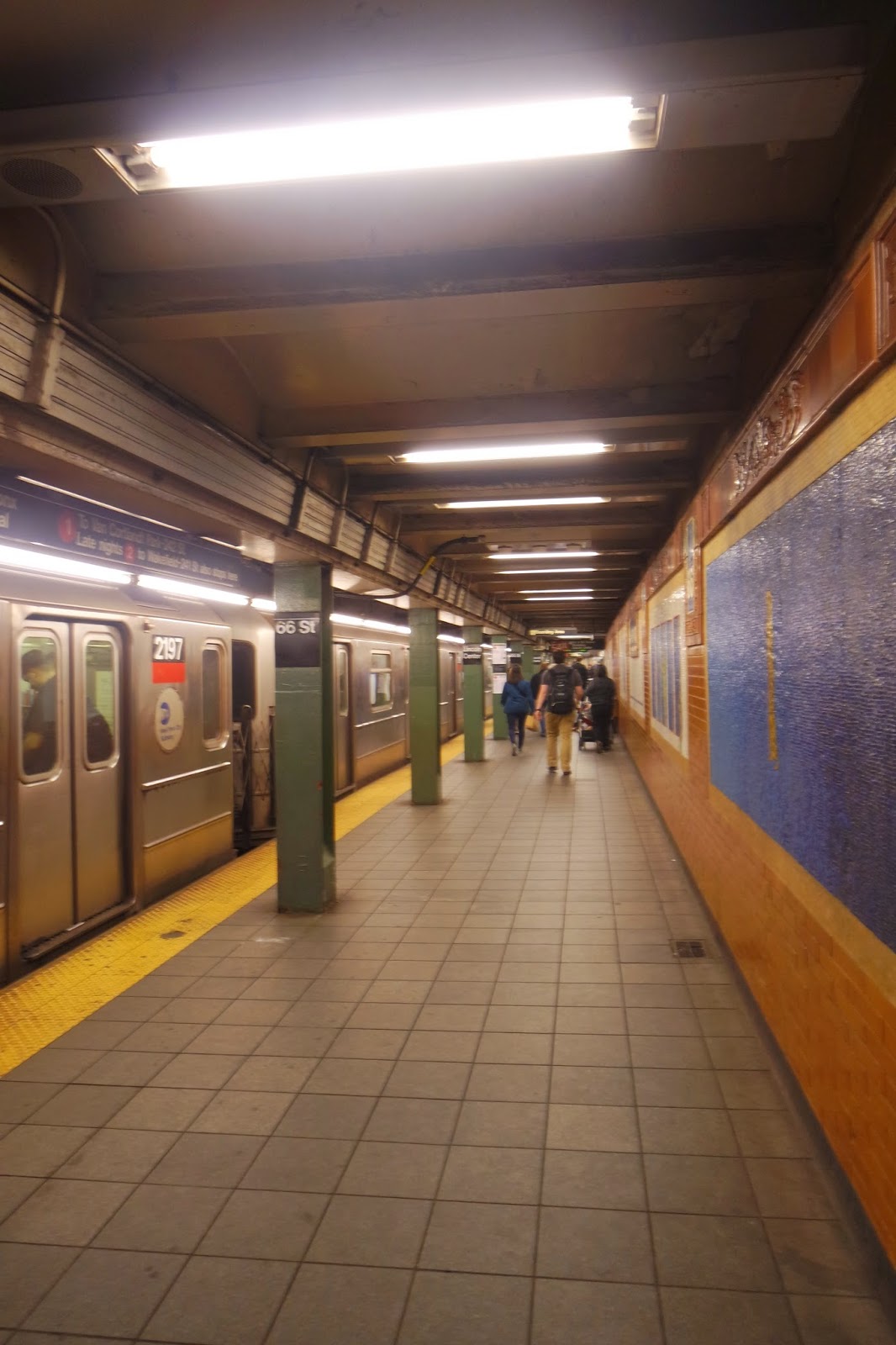 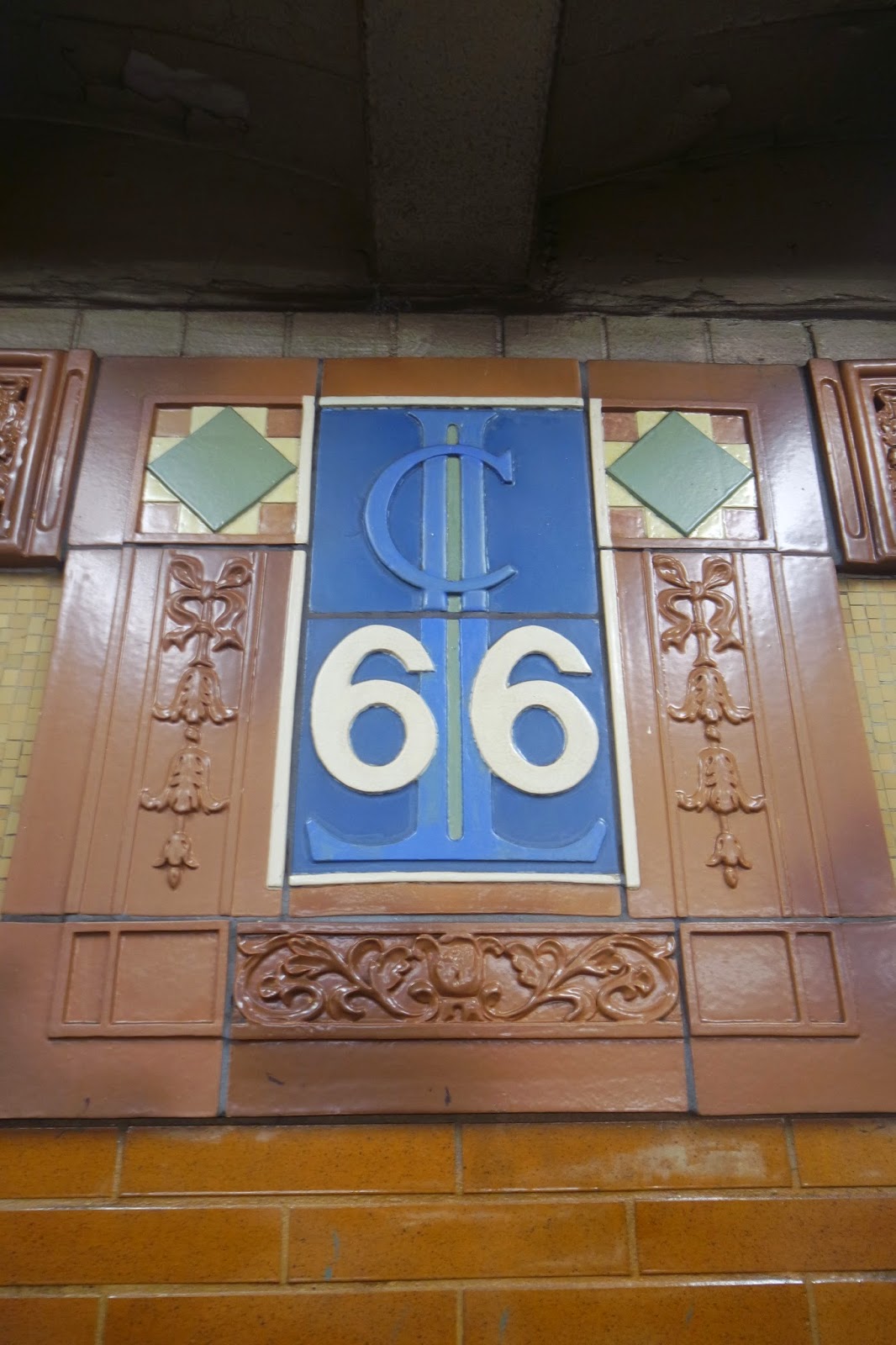 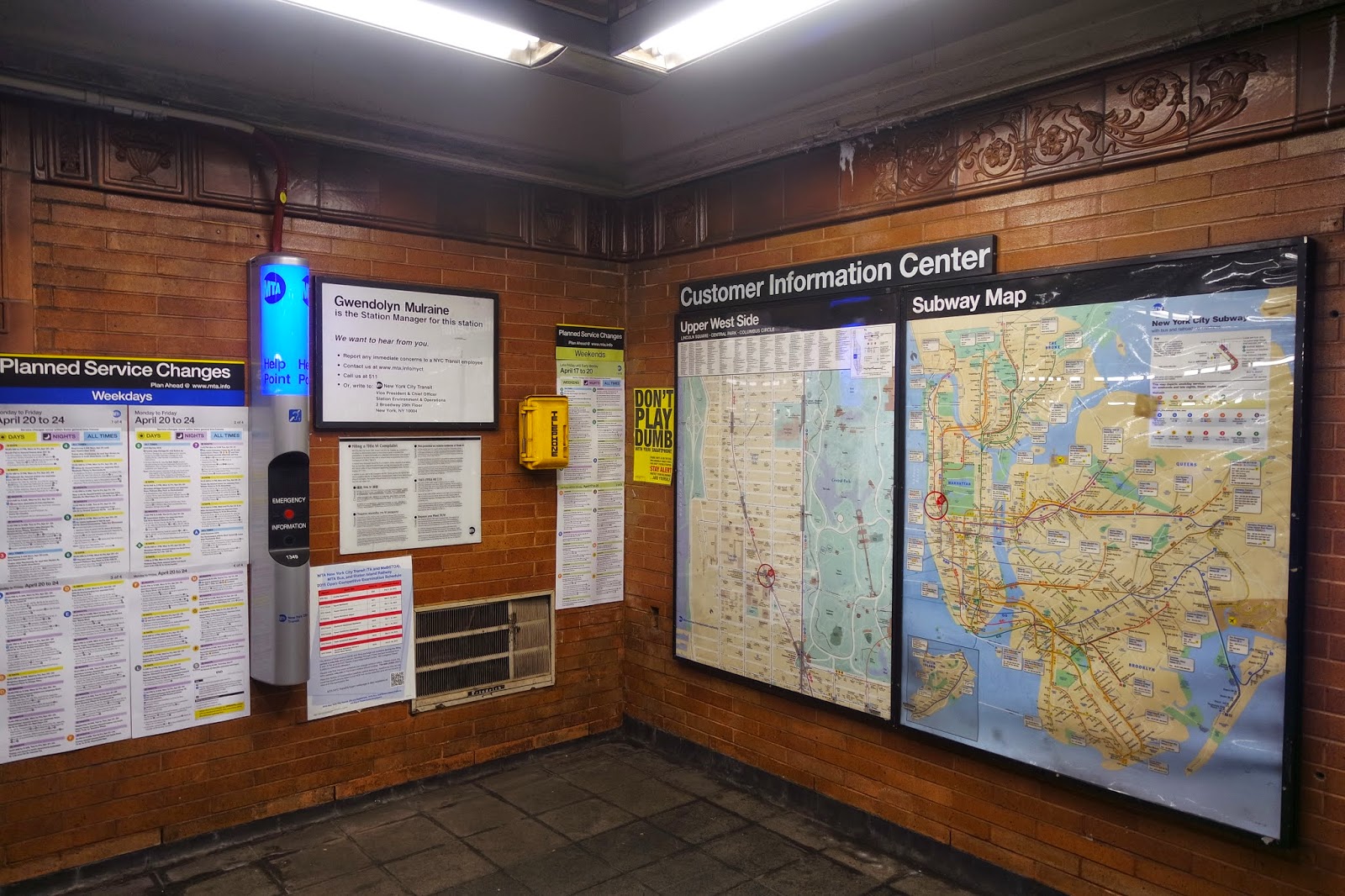 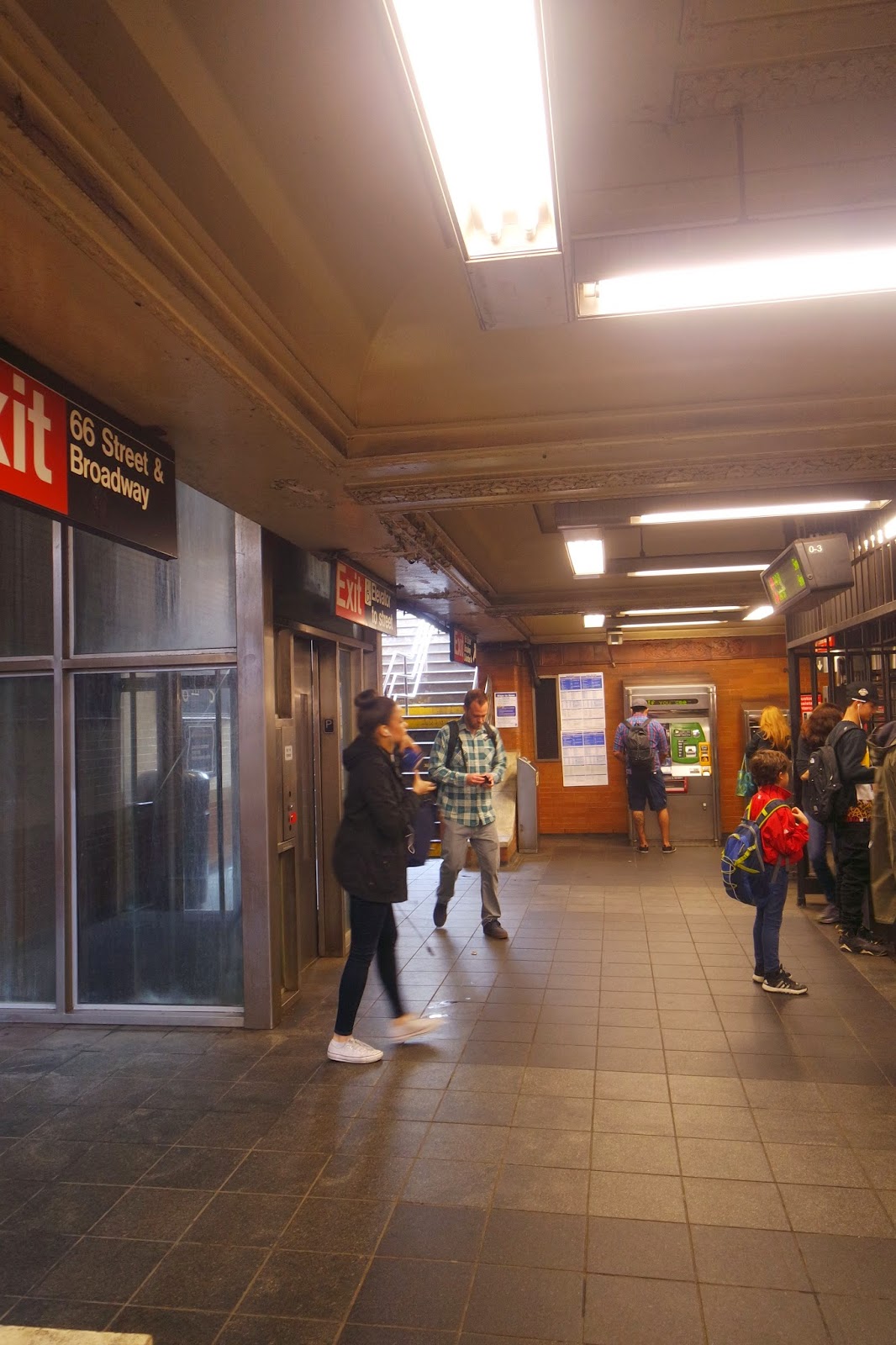 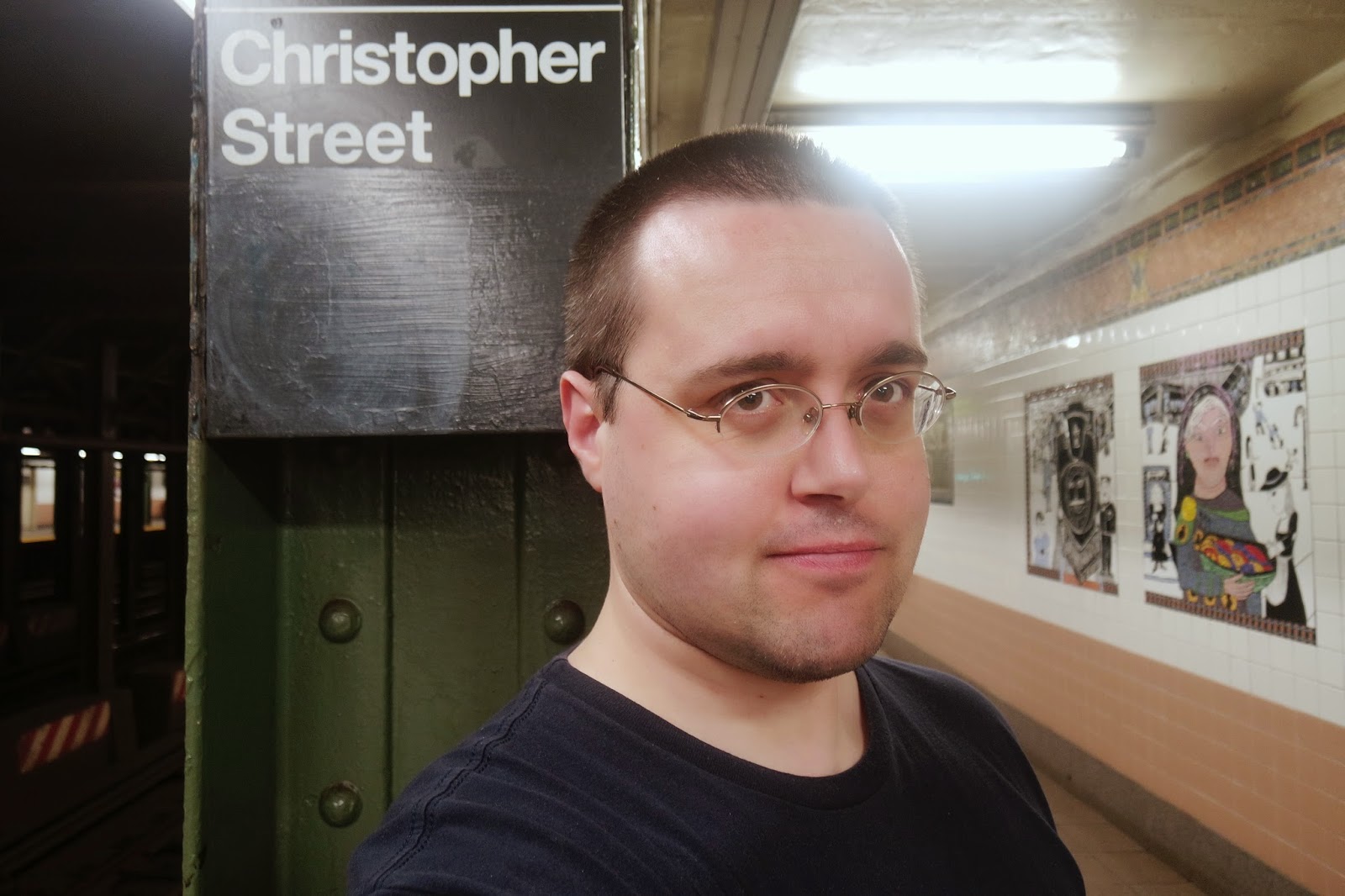 Not sure how I ended up in the station by the traditional gay district.  Ahem. 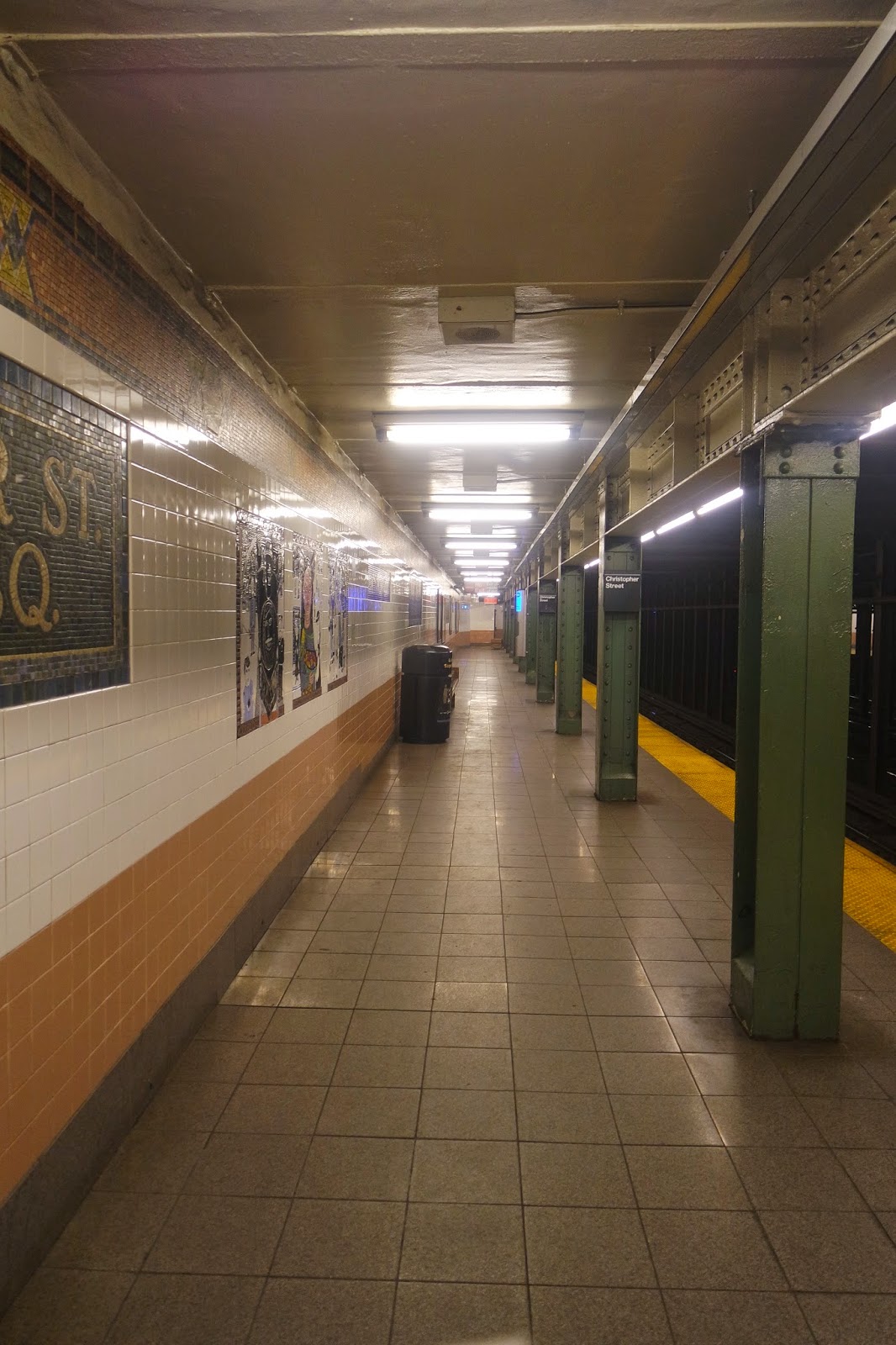 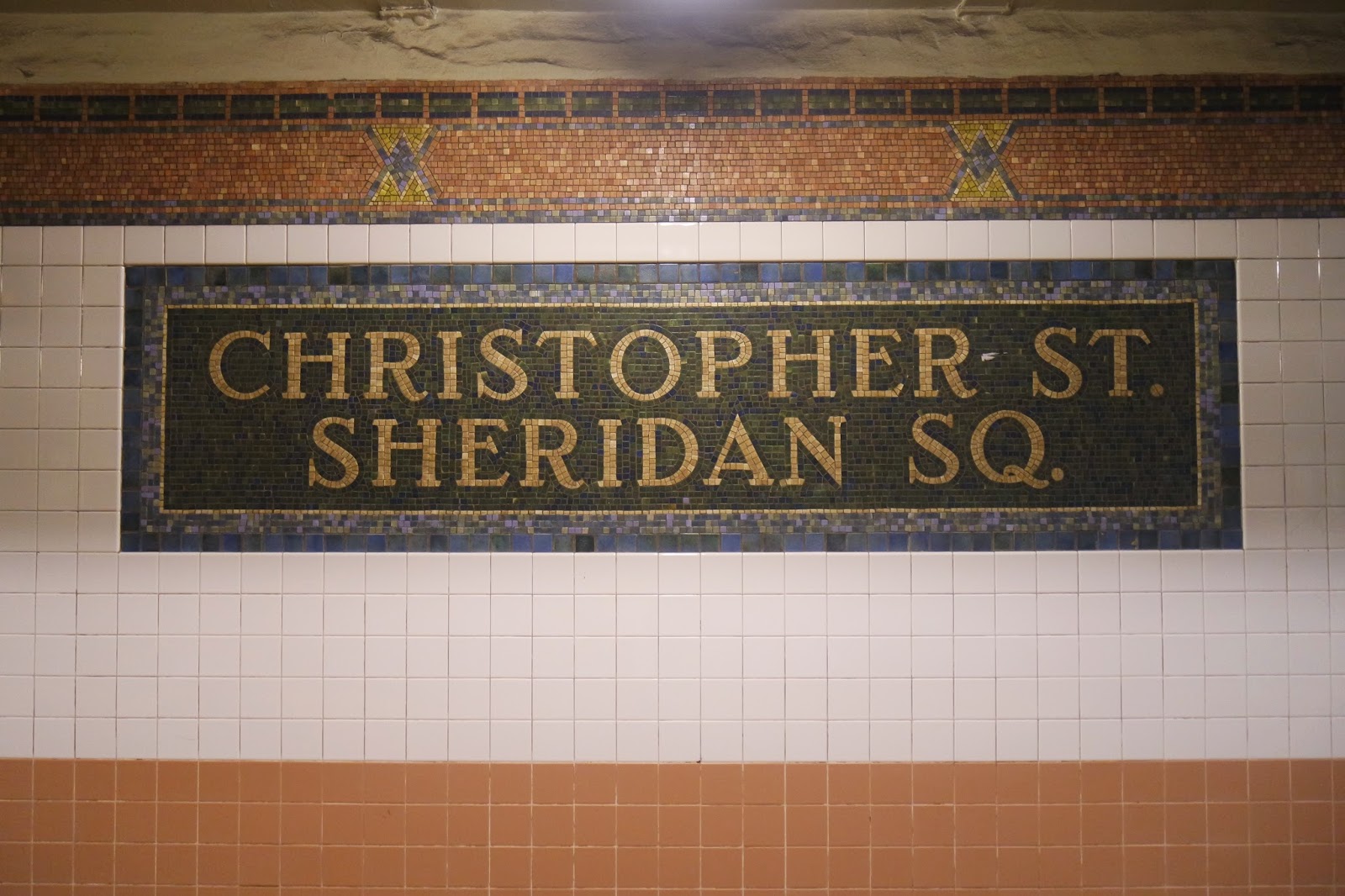 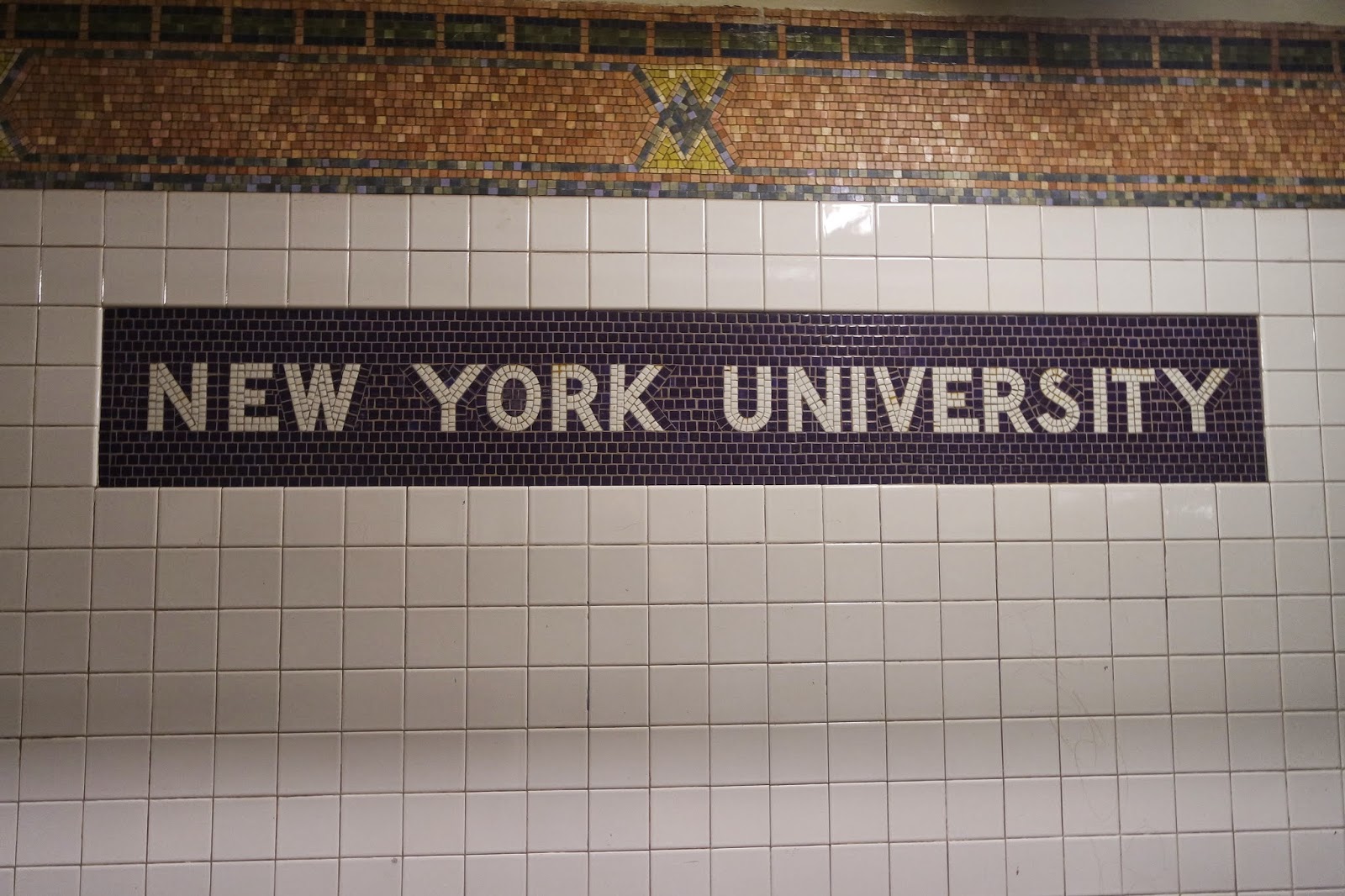 (Are you bored yet?) 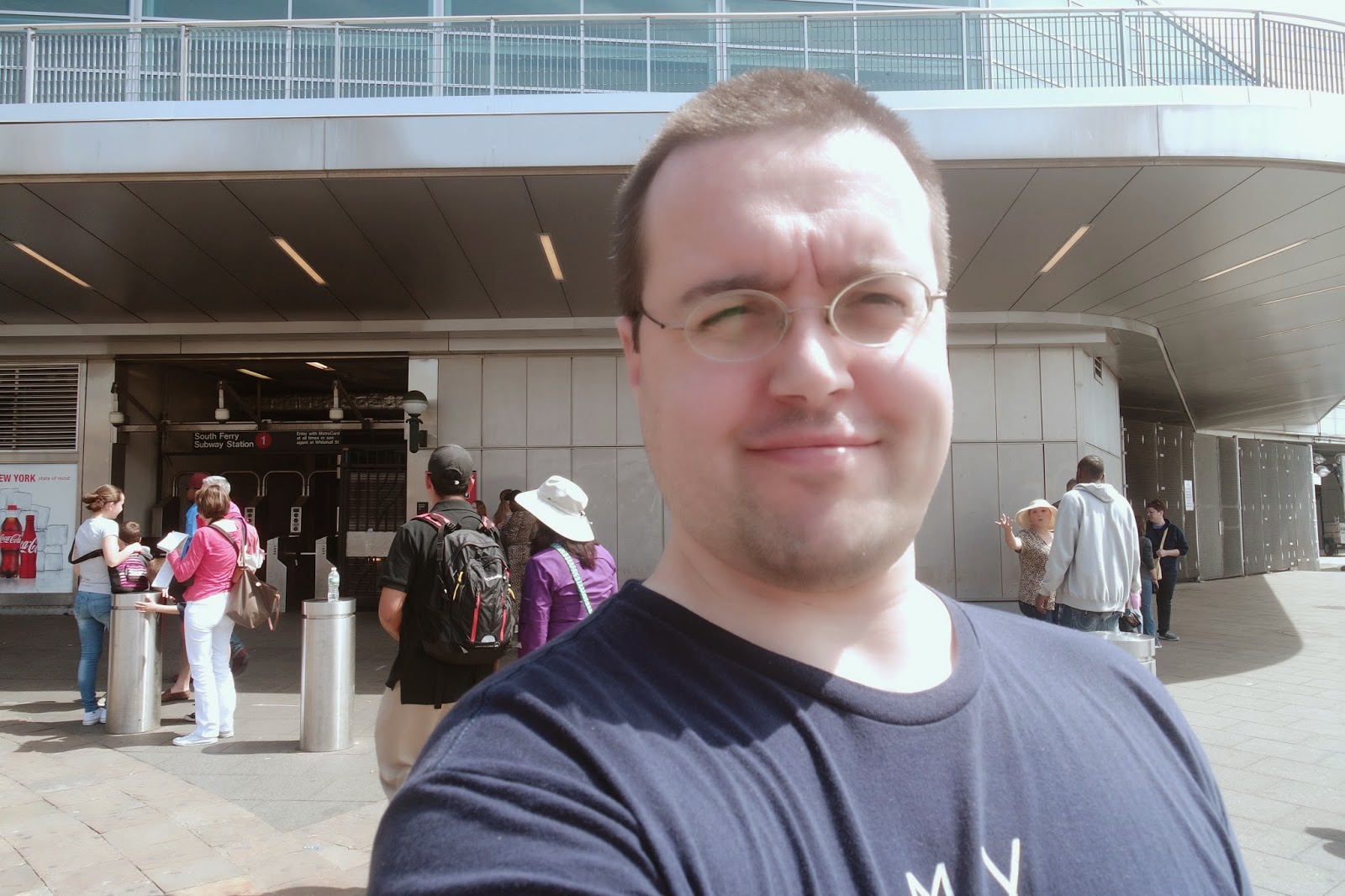 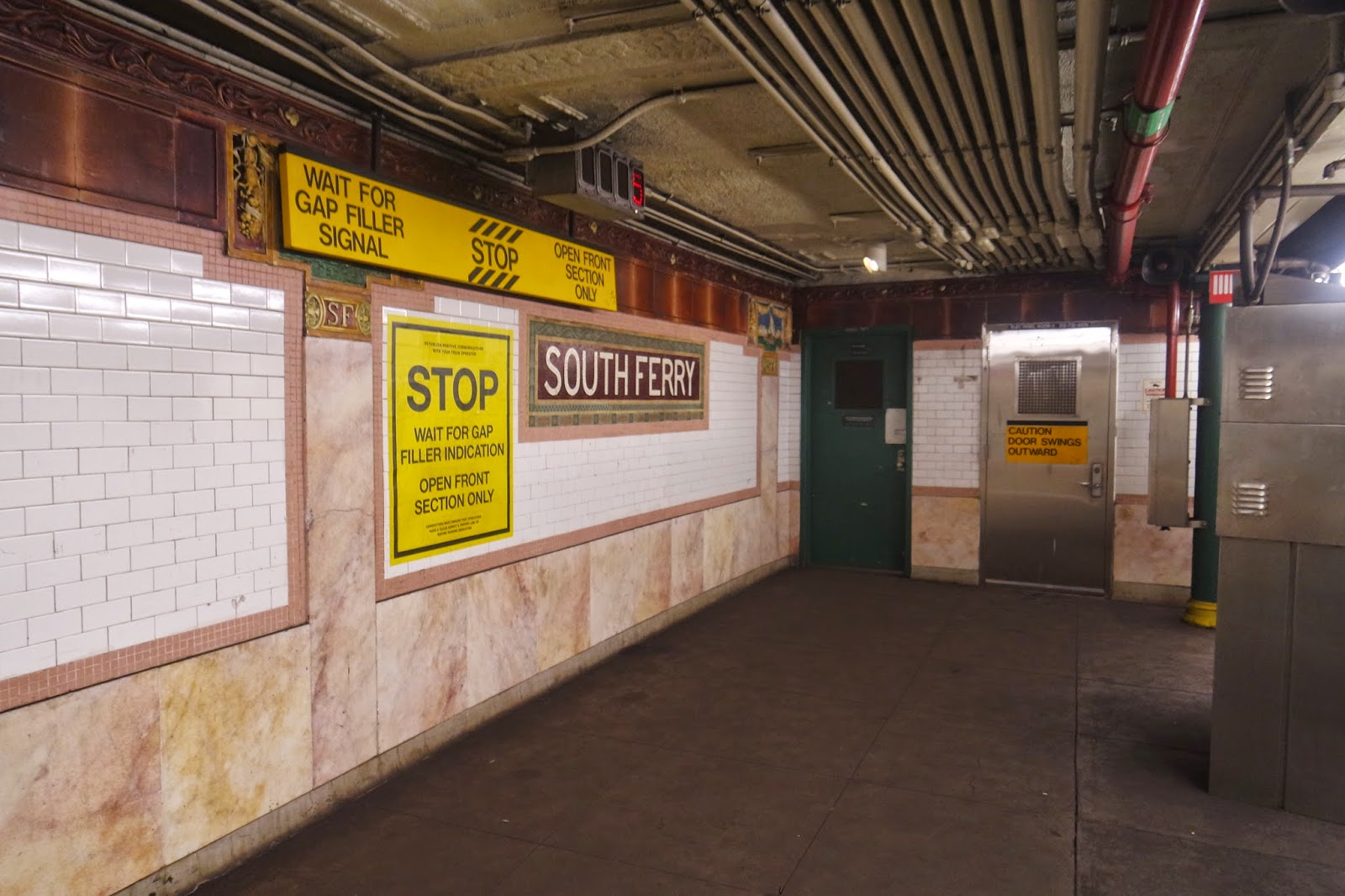 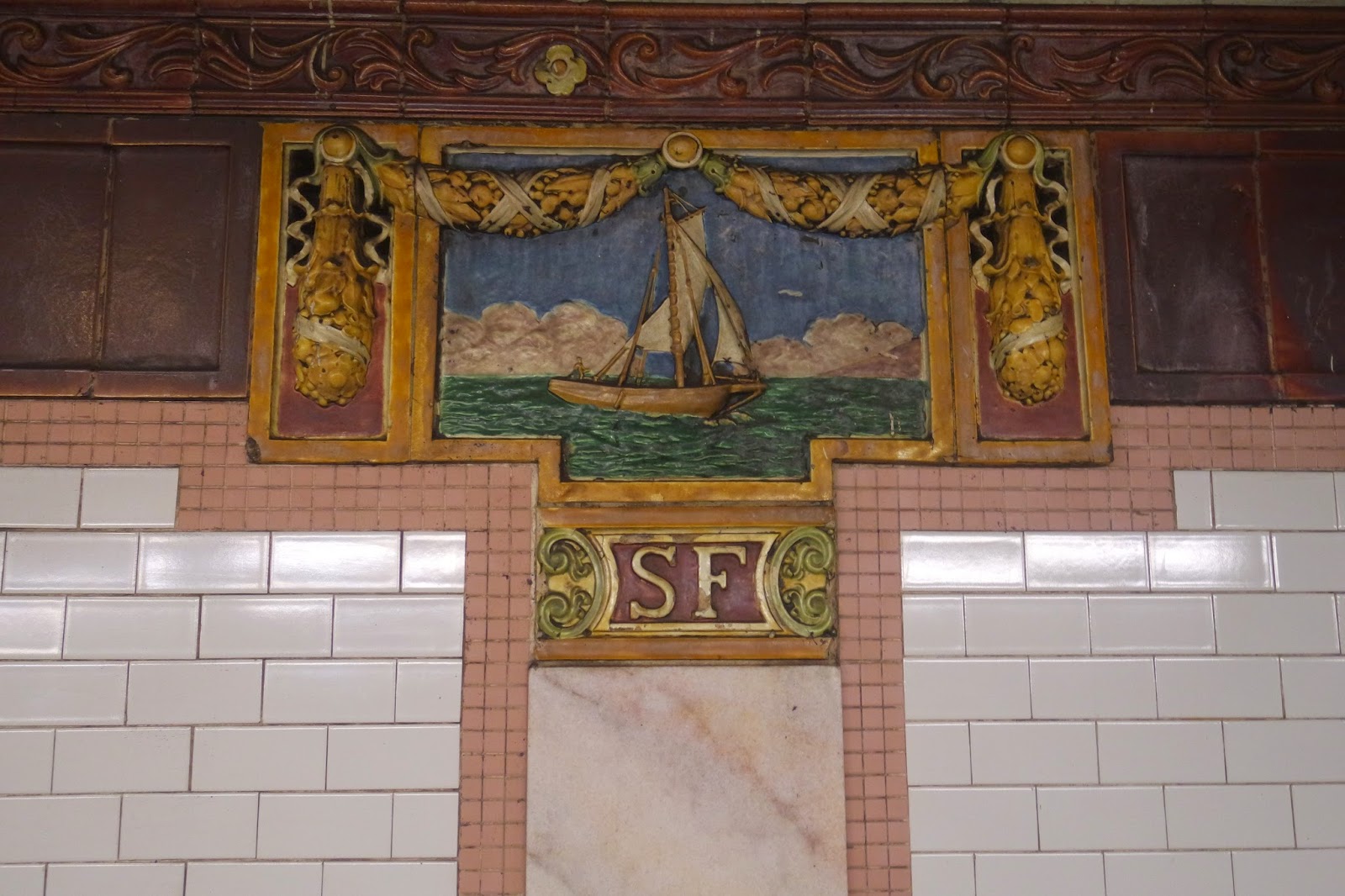 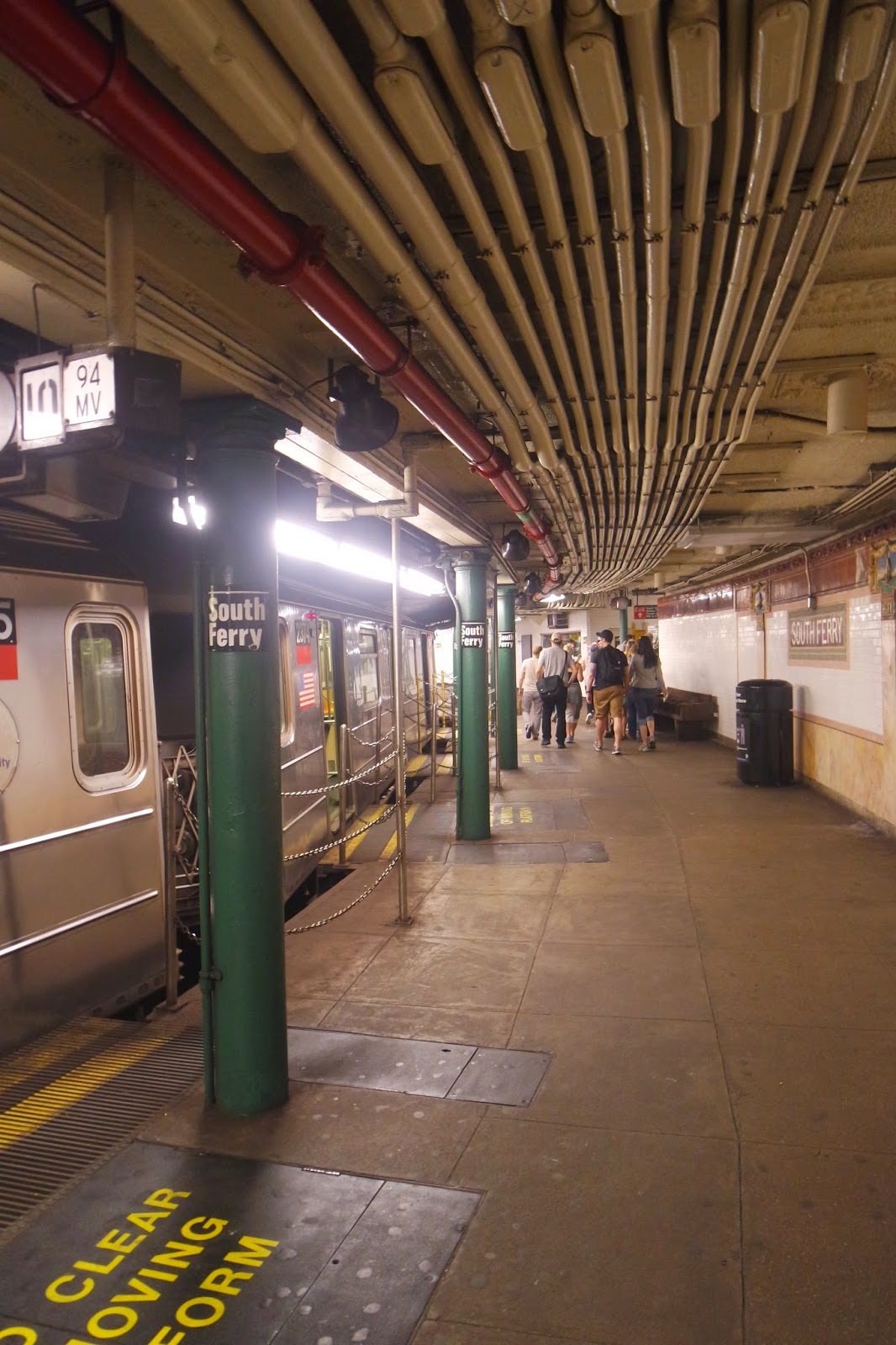 South Ferry features a "moving platform"; as it's on a curve, there are gaps between the train and the platform.  The moving platforms are hydraulic sections that move forward to fill the gap and allow easy access to the train once it's in the station. 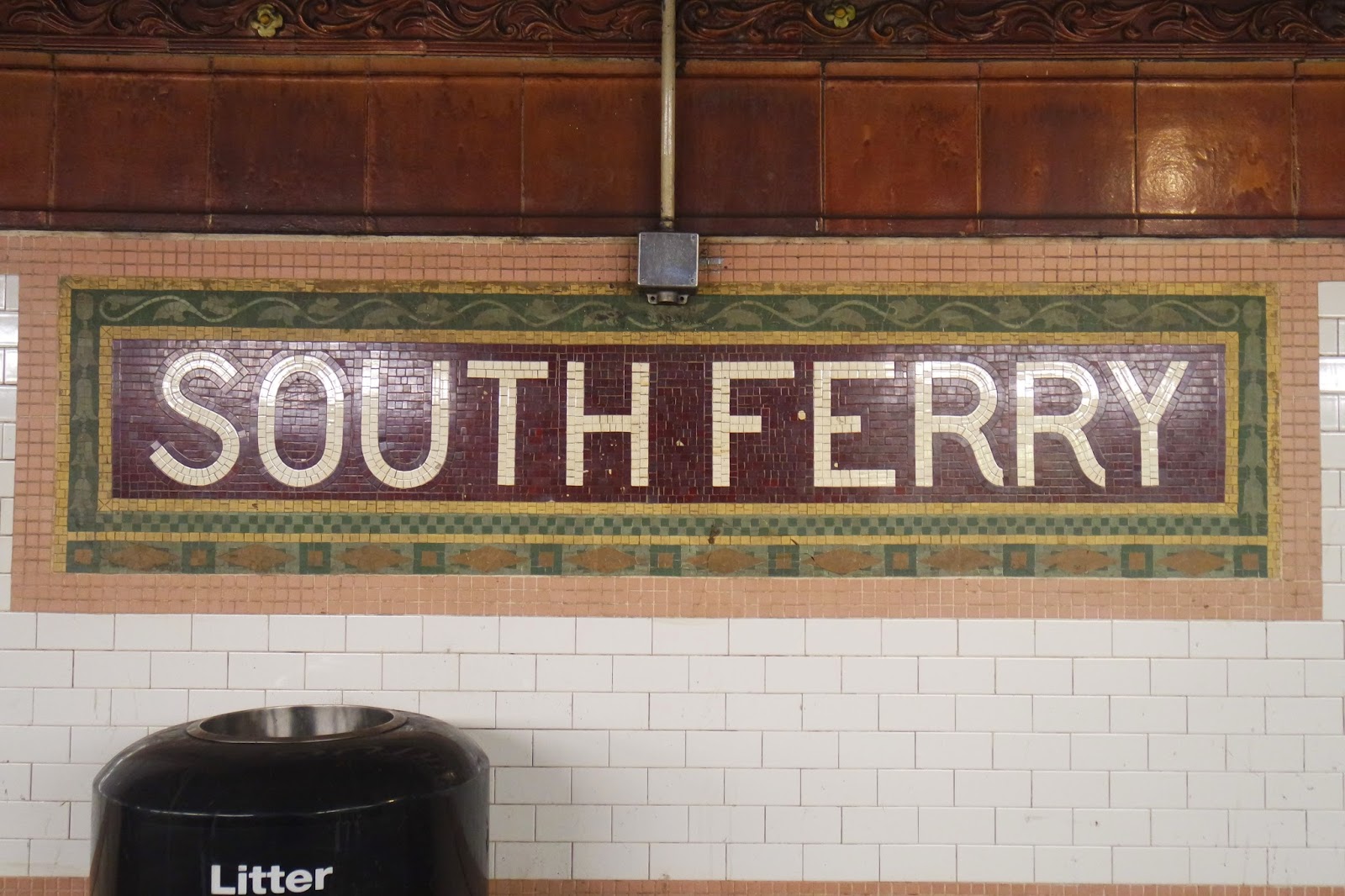 Is that enough, for now?  I think so.  I'll continue in this vein later.  There's a couple that are borderline interesting.
Posted by Scott Willison at 15:42

Love NYC but made the tourist mistake of getting on an express and watched stop flash past. Did you visit the Transit Museum in Brooklyn?

Hmmm, let's see shall we?