An Englishman In New York

It's been very quiet round here this month.  The first reason for this is I was ill in the first bit of April, meaning a trip to Leeds had to be abandoned.  (It was actually the second time circumstances meant I couldn't visit Cross Gates, making me wonder if someone's trying to tell me something).

The other reason for my absence from this blog is I've been on holiday.  A week in New York.  And you'll be happy to hear I visited loads of stations while I was there, and I'm going to tell you all about them over the next few days.  Consider this a warning.  I'm about to do the 21st Century equivalent of a very long, very tedious slide show all about my holidays.

If this sort of thing is of no interest to you, you probably should go away until about mid-May.  Sorry. 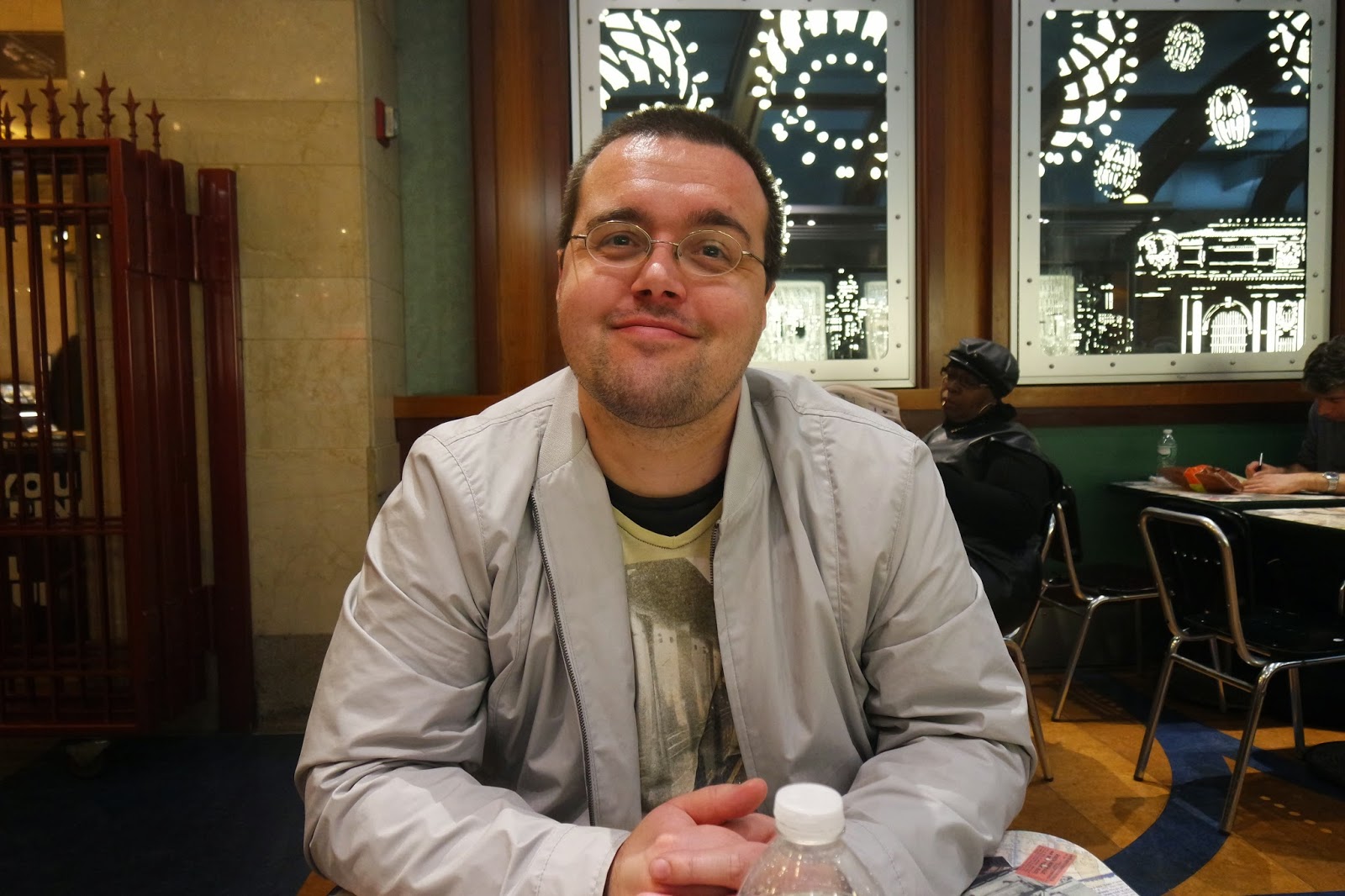 (Photo taken in the Dining Hall of Grand Central Terminal, though the main point of interest is of course the woman dressed as Big Bertha from Renegade in the background)
Posted by Scott Willison at 10:08 2 comments:

So.  You've got a fleet of trains that, if they were humans, would be balding and have little pot bellies and would be making "aaaaah" noises every time they sat down.  The polite thing to do would be to send them out to pasture, but you can't afford to replace them.  What to do?

Why, give them a make over! 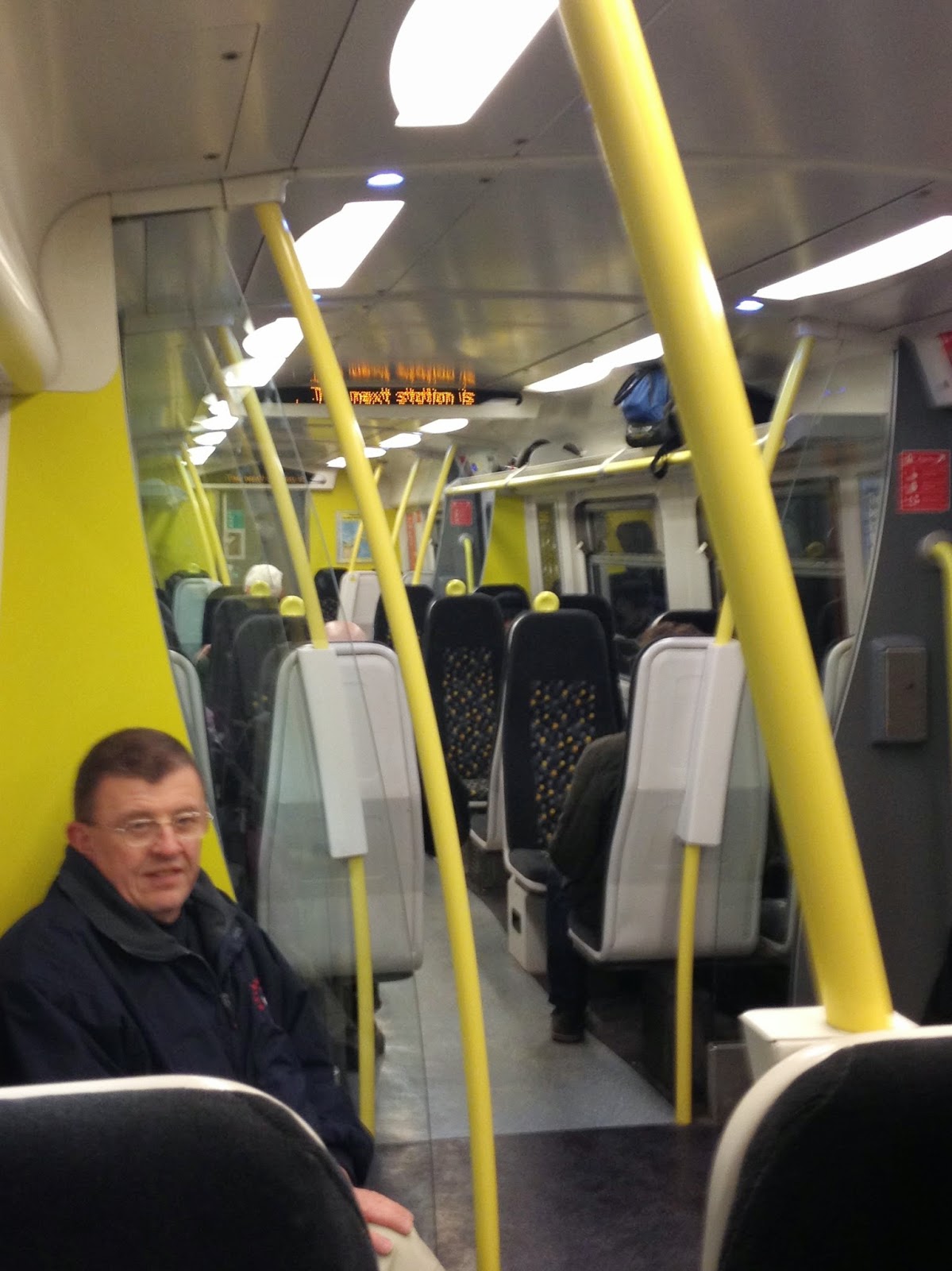 First Merseyrail applied vinyl to the side of their trains, to make them look peppier.  Now the interiors are getting a new look as well.  I rode on one last week, and I'm happy to report they've been done well.  It's not as radical a change as the one a decade ago - it's purely cosmetic - but it's made the trains feel fresh and bright again. 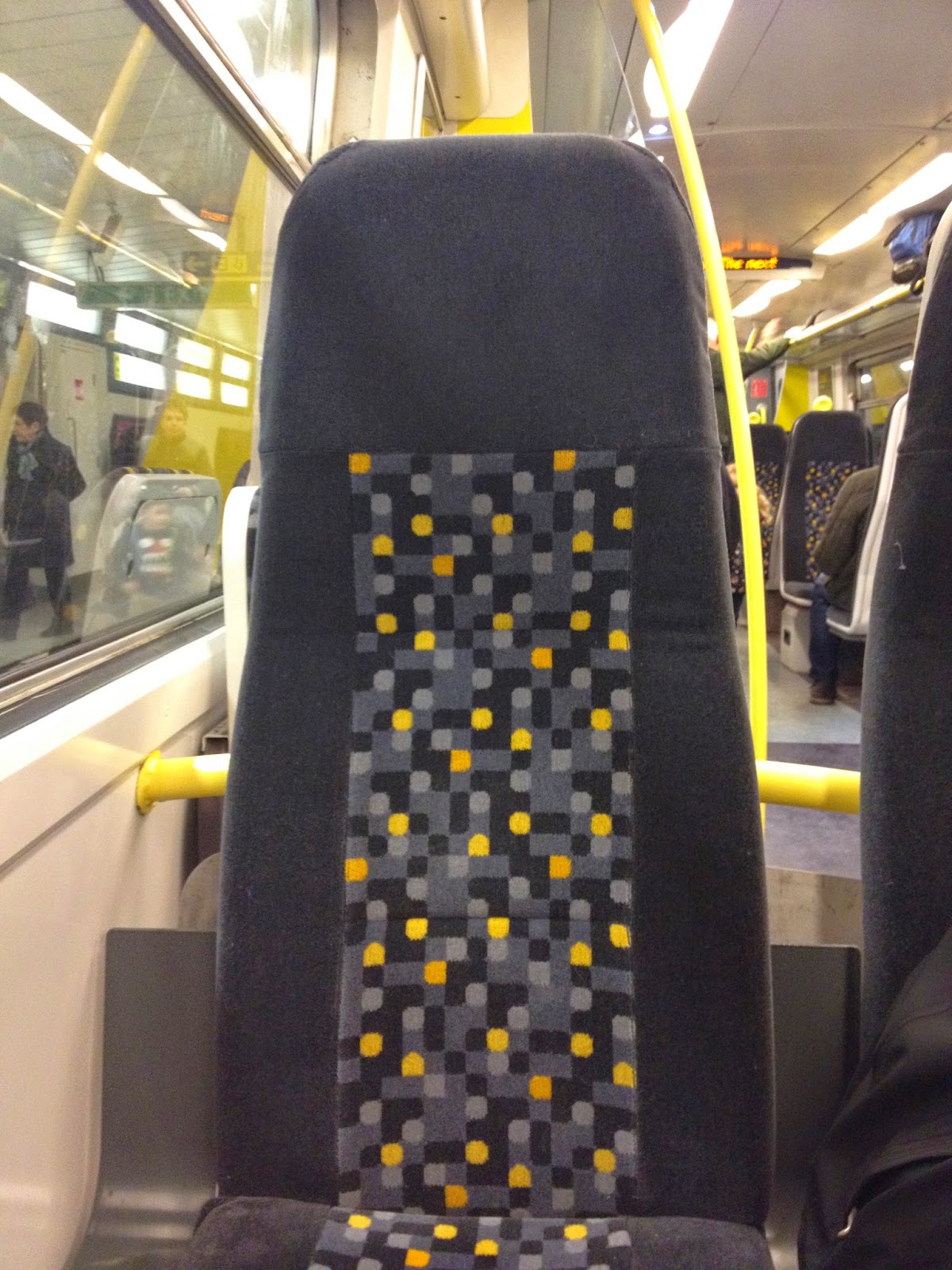 The new moquette on the seats is very nice.  Yellow and grey, obviously.  Was there ever any doubt?  Big orange strips have been applied to the doors as well, just so you know where to get off.

The most radical improvement is tucked between the seats though. 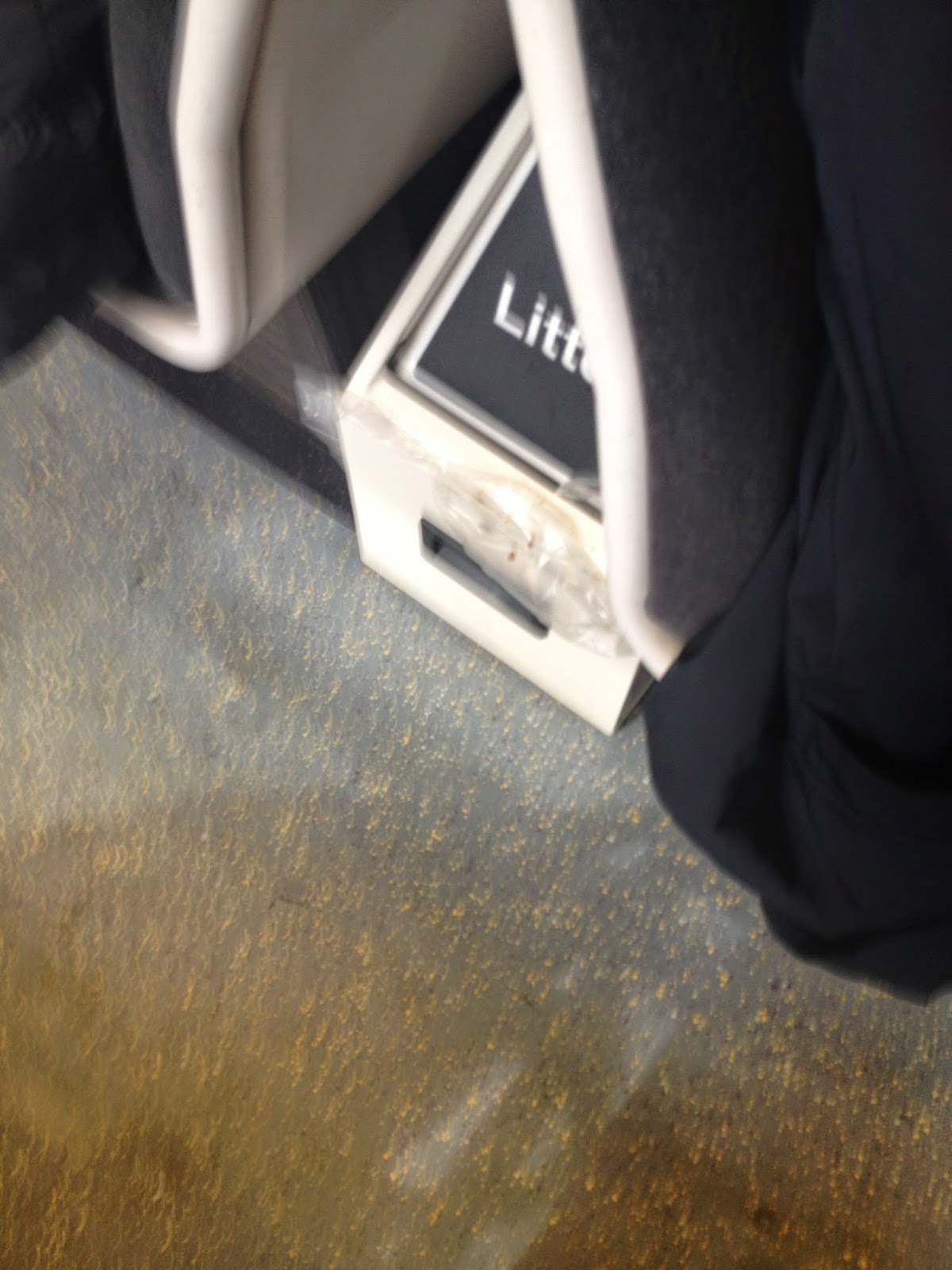 A bin!  An actual bin!  About time too.  It probably won't make much of a difference - for some reason, Merseyrail's passengers treat their trains like the floor of a cinema; chuck anything down there, someone else will pick it up - but it's nice to see.  If it swallows up just a few of those errant Metros, it's more than paid back the investment.

(Yes, that's two posts about trains in a row.  Don't worry, I'm doing a bit of station collecting later in the week).
Posted by Scott Willison at 11:30 1 comment: