You Get High In NYC 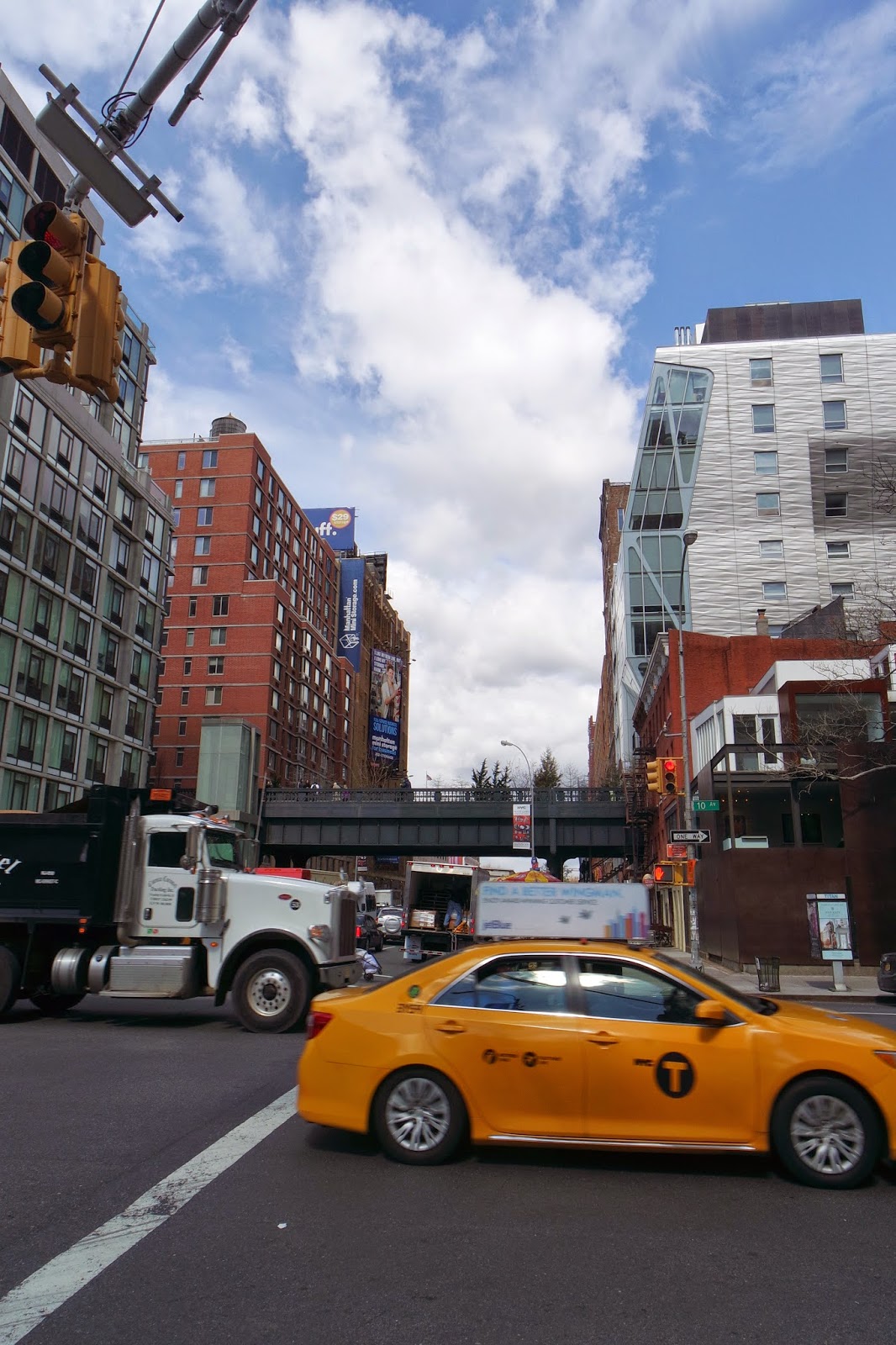 Britain is full of former railway lines.  I've become quite the expert on spotting them on OS Maps.  A bizarrely straight row of trees.  A footpath that curves at far too gentle an angle.  Streets that run parallel to one another but never meet.  You pick up on the clues.

Manhattan used to be covered by elevated railway lines, but one by one they were demolished or driven underground.  The only one that remained was the West Side Freight Line, a rail route from the Hudson Rail Yards down to the Meat Packing District.  For fifty years it carried trucks full of animal carcasses to be butchered and distributed in the warehouses and factories towards the south of Manhattan. 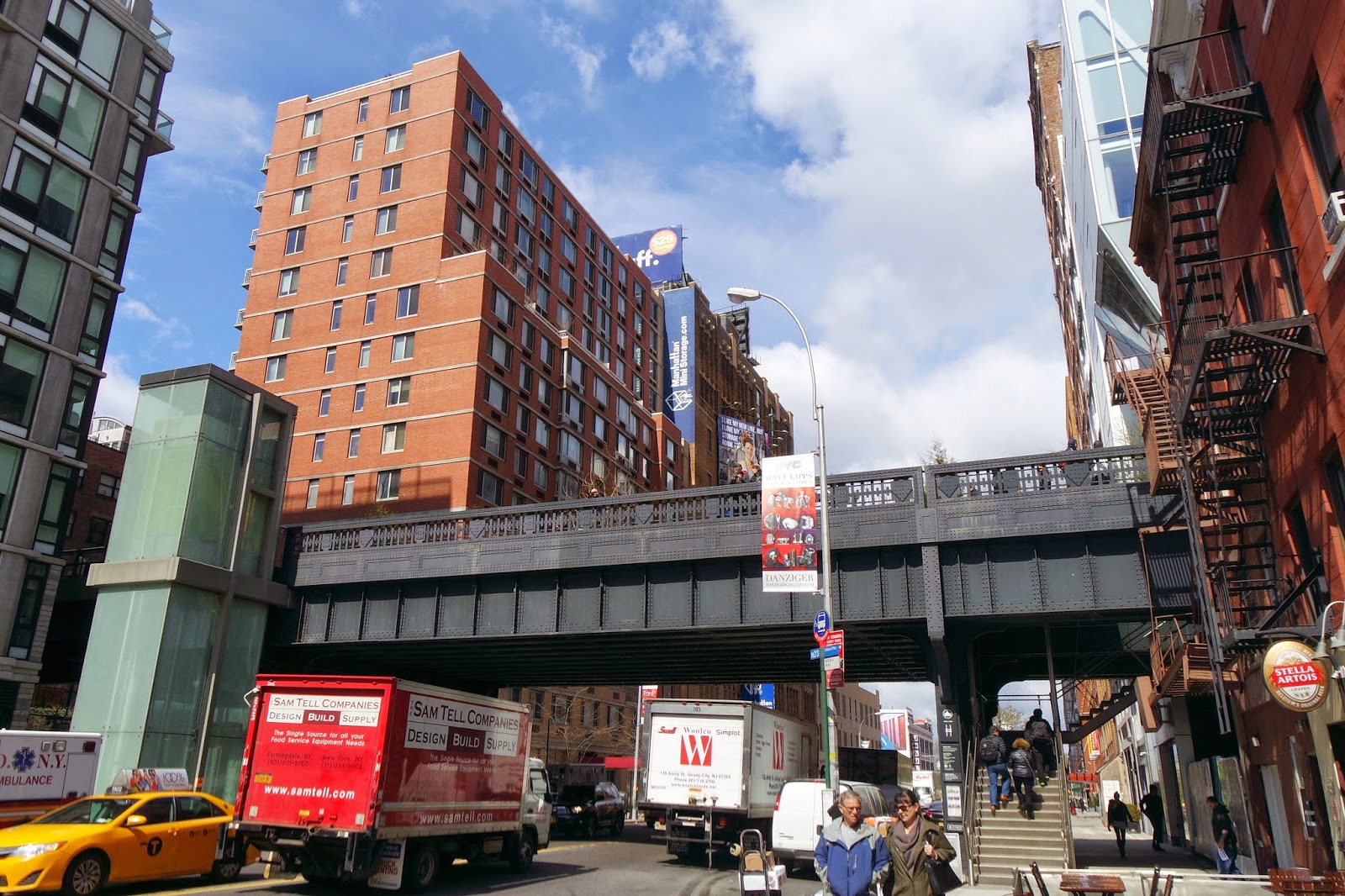 Technology and real estate prices combined to render the line obsolete, and developers hovered over the route as a source of new revenue.  However, two men, Joshua David and Robert Hammond, intervened to come up with something different.  The abandoned railway tracks had already become overgrown and wild; why not formalise the process and make a park?  A non-profit organisation was formed, and in 2009, the High Line opened. 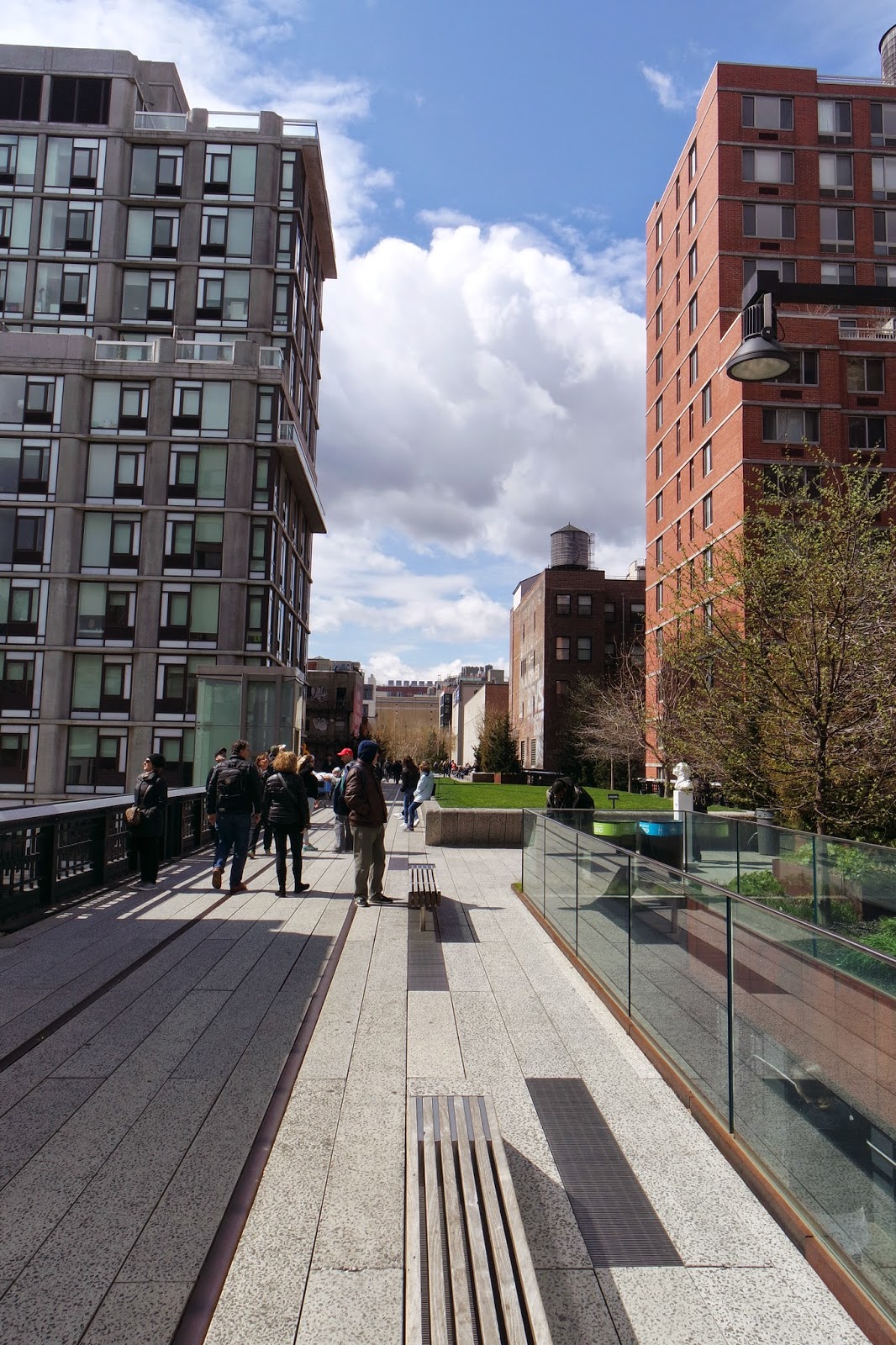 It's a green strip in the sky.  Below you the traffic and noise of New York City continues.  Up here, there's a promenade, a strip for you to wander and relax.  There were joggers, walkers, nature lovers.  A school party filled in work books about the trees they could see. 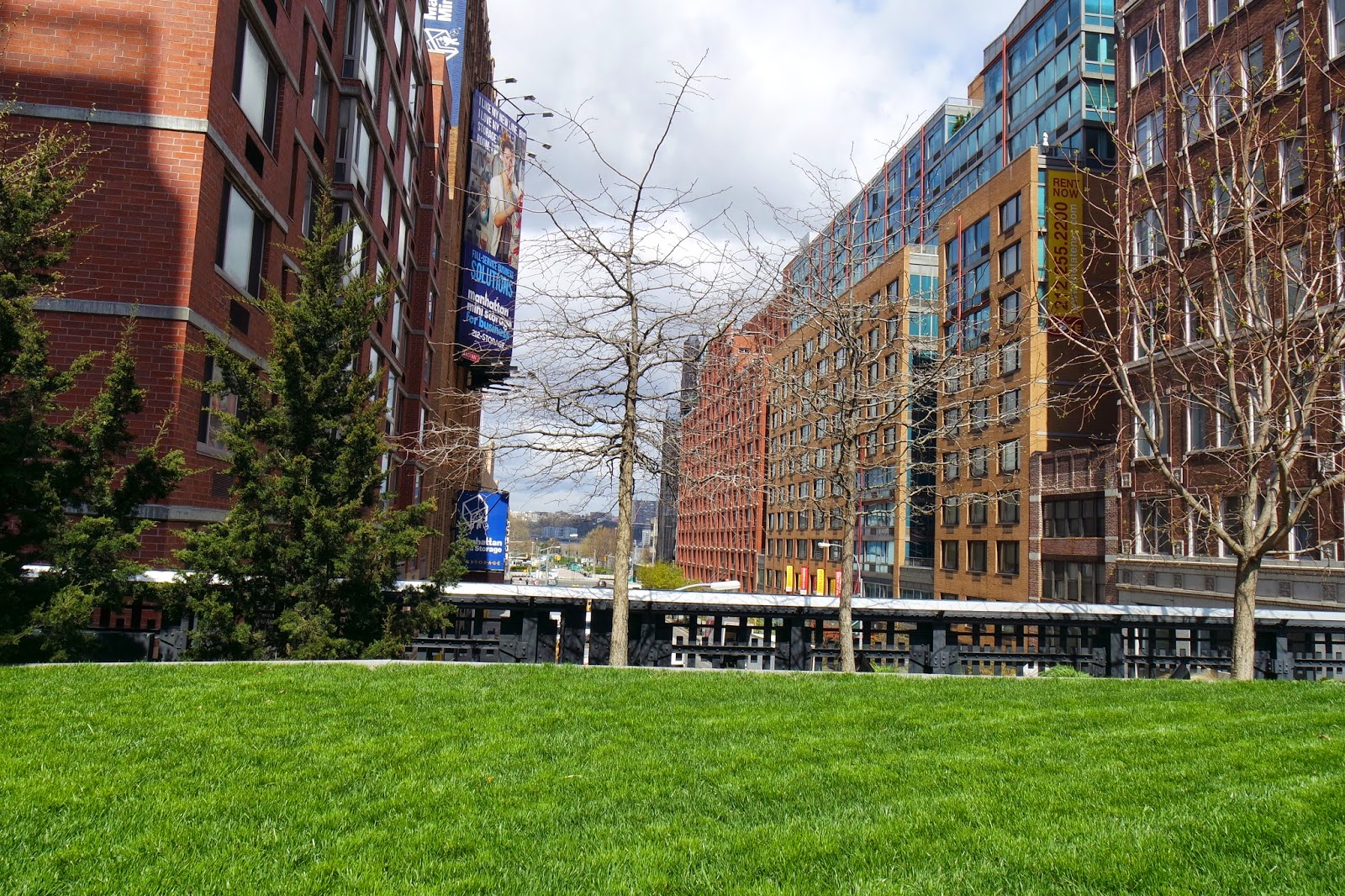 There's grass and trees and shrubbery.  Seats have been crafted out of the decking, organically rising and falling, and there are places for performances and poetry readings. 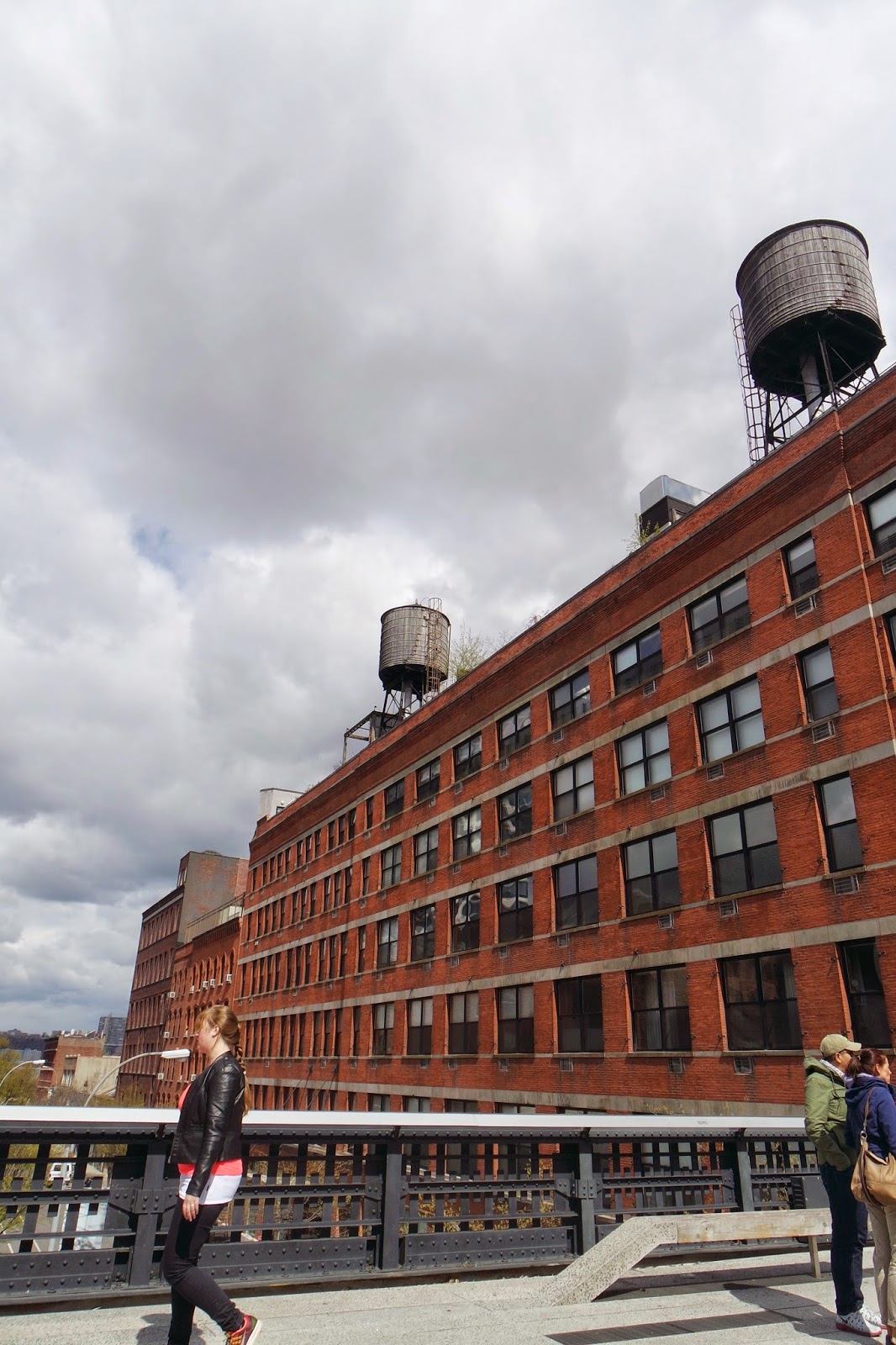 It's almost as if you're floating in amongst the buildings. 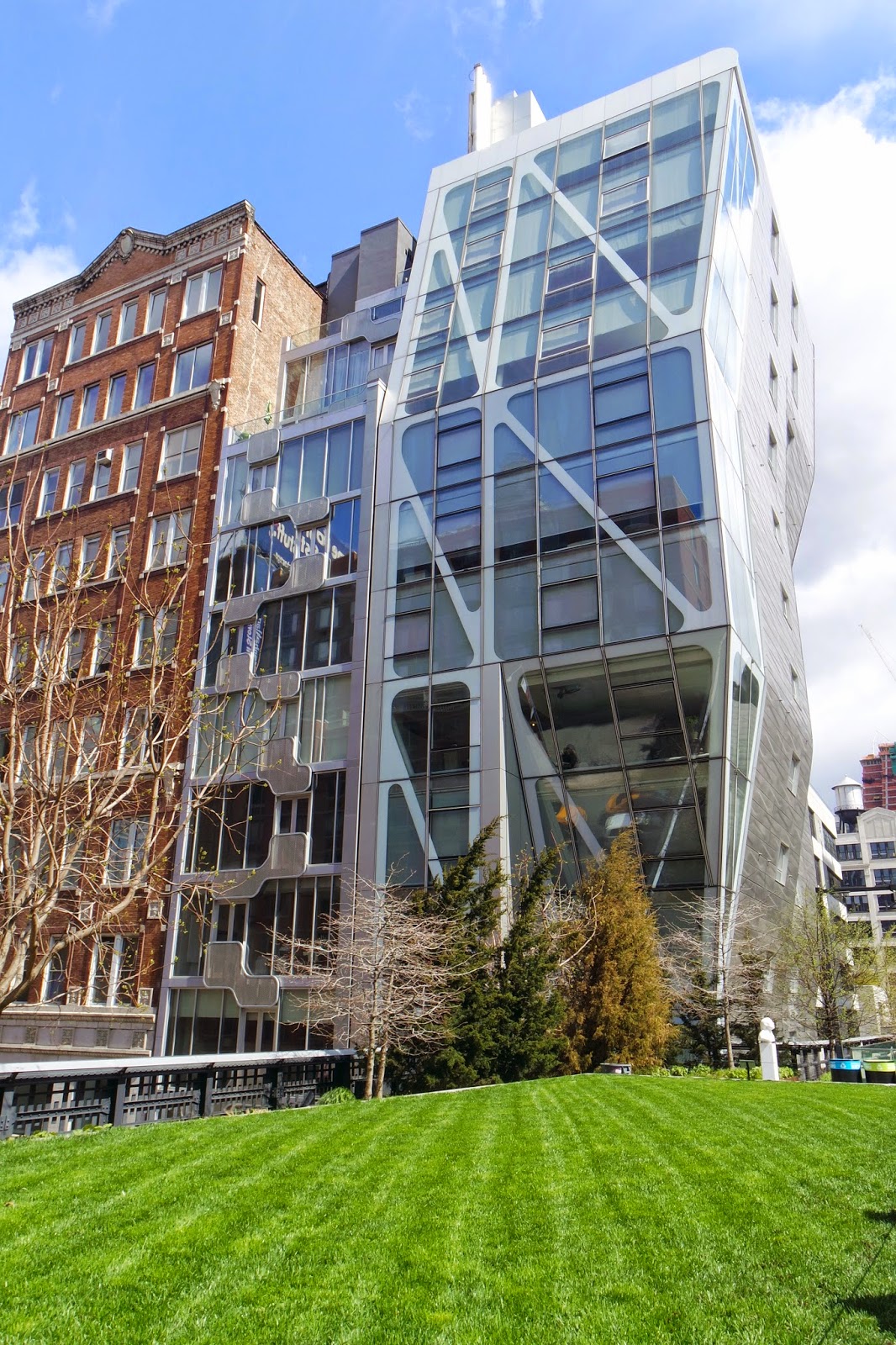 And it hasn't been completely stripped back to nothing, either.  There are still railway tracks throughout to remind you of what was once here.  They've been inlaid into the pavement, still following the same route, sometimes darting in amongst the bushes and sometimes showing the way, 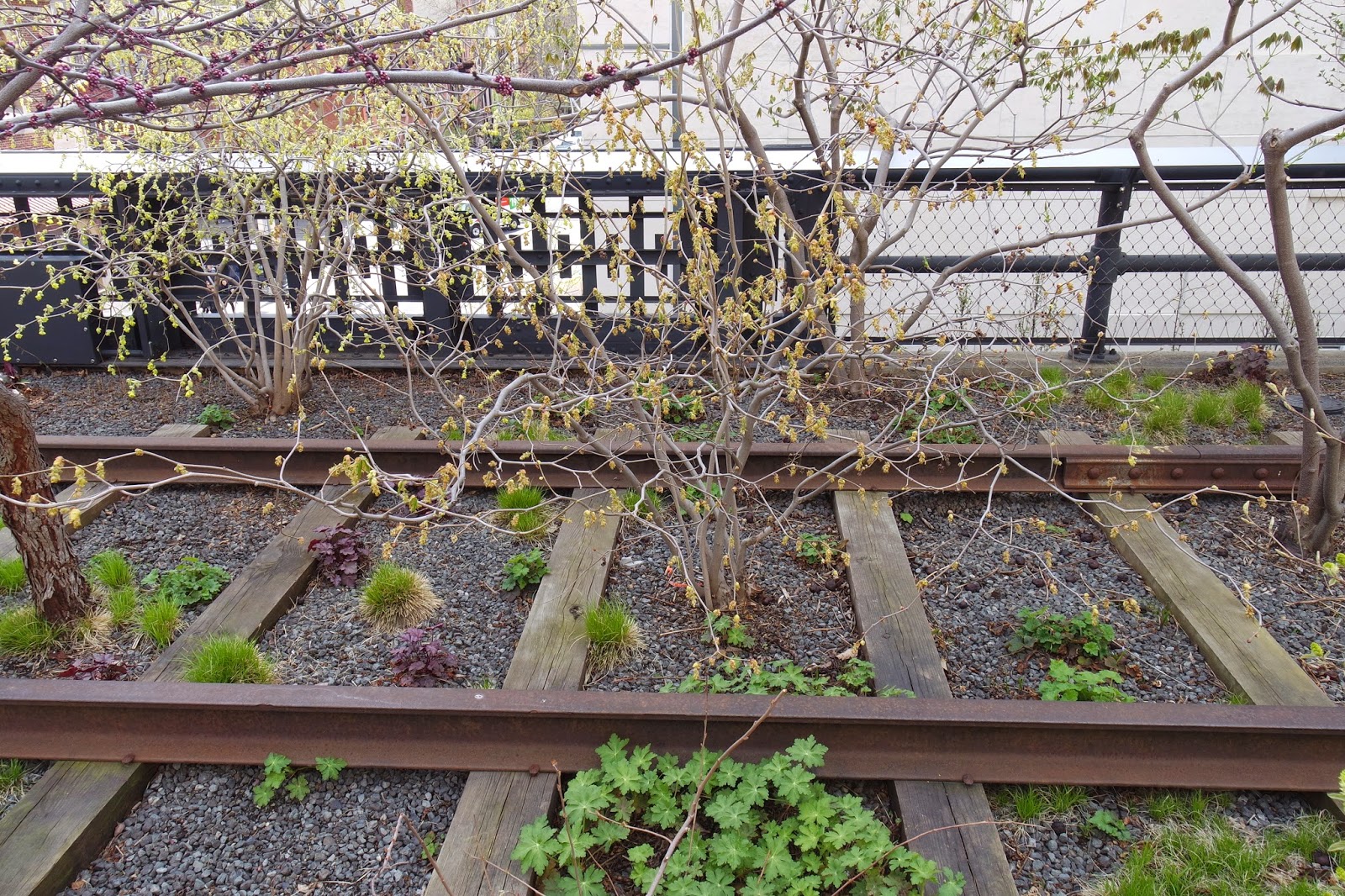 It's not hard to imagine the trains barreling their way along here for all those years.  Now they're silent, and the buildings around it are apartment blocks advertising from $2-20 million in the windows.  The High Line has converted this district into New York's newest glamour spot; on the day I visited, part of it had been closed off for a photoshoot.  Mannequins lay naked on the former tracks like silent movie heroines. 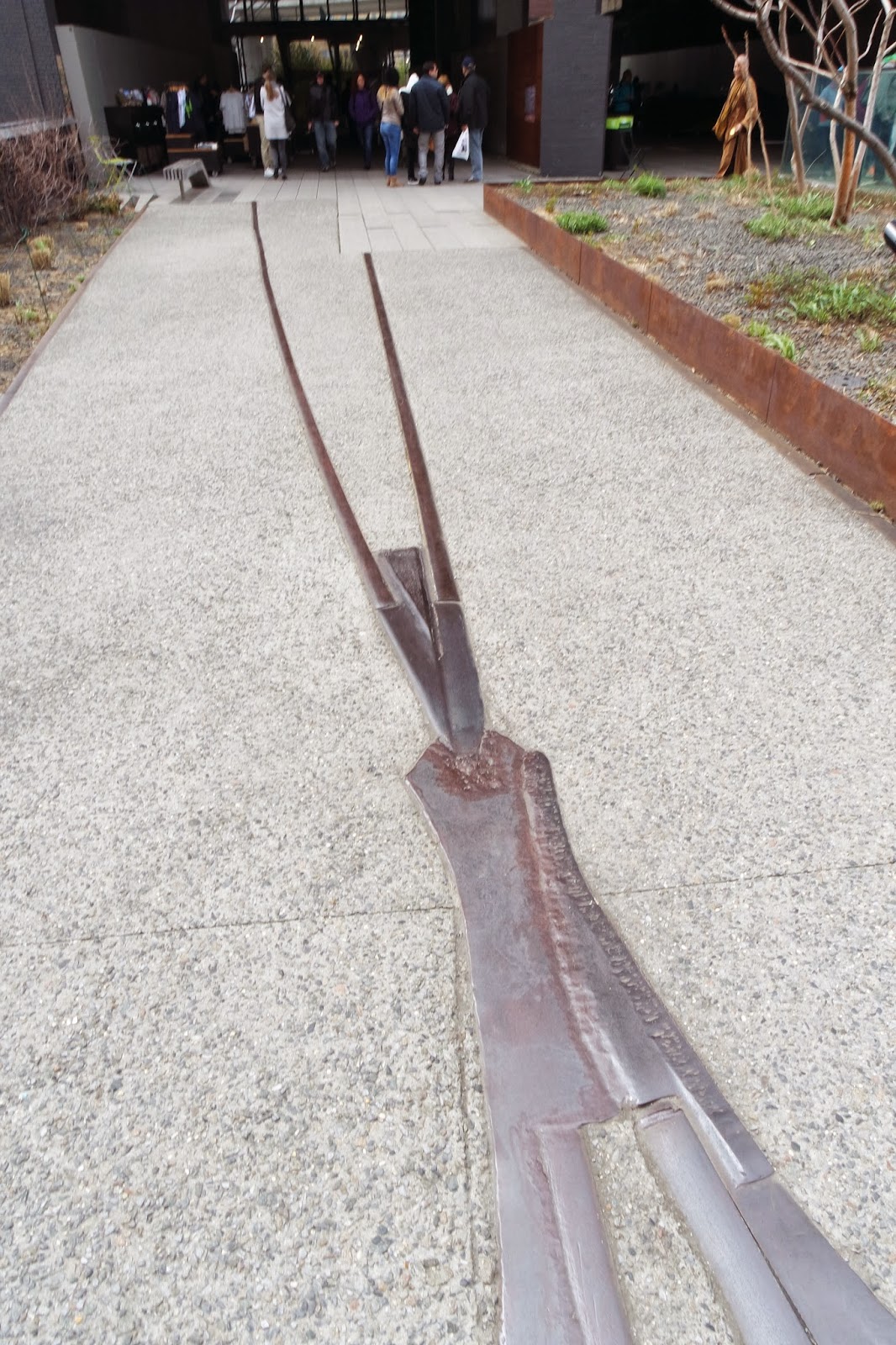 At times, the buildings actually fold over and around you.  The buildings were built so that stock could be lifted straight off the train and into the processing plants, or there were branch lines that ran directly inside a loading bay.  Some of the neighbouring walls had large square expanses of new brick where the access had been closed off. 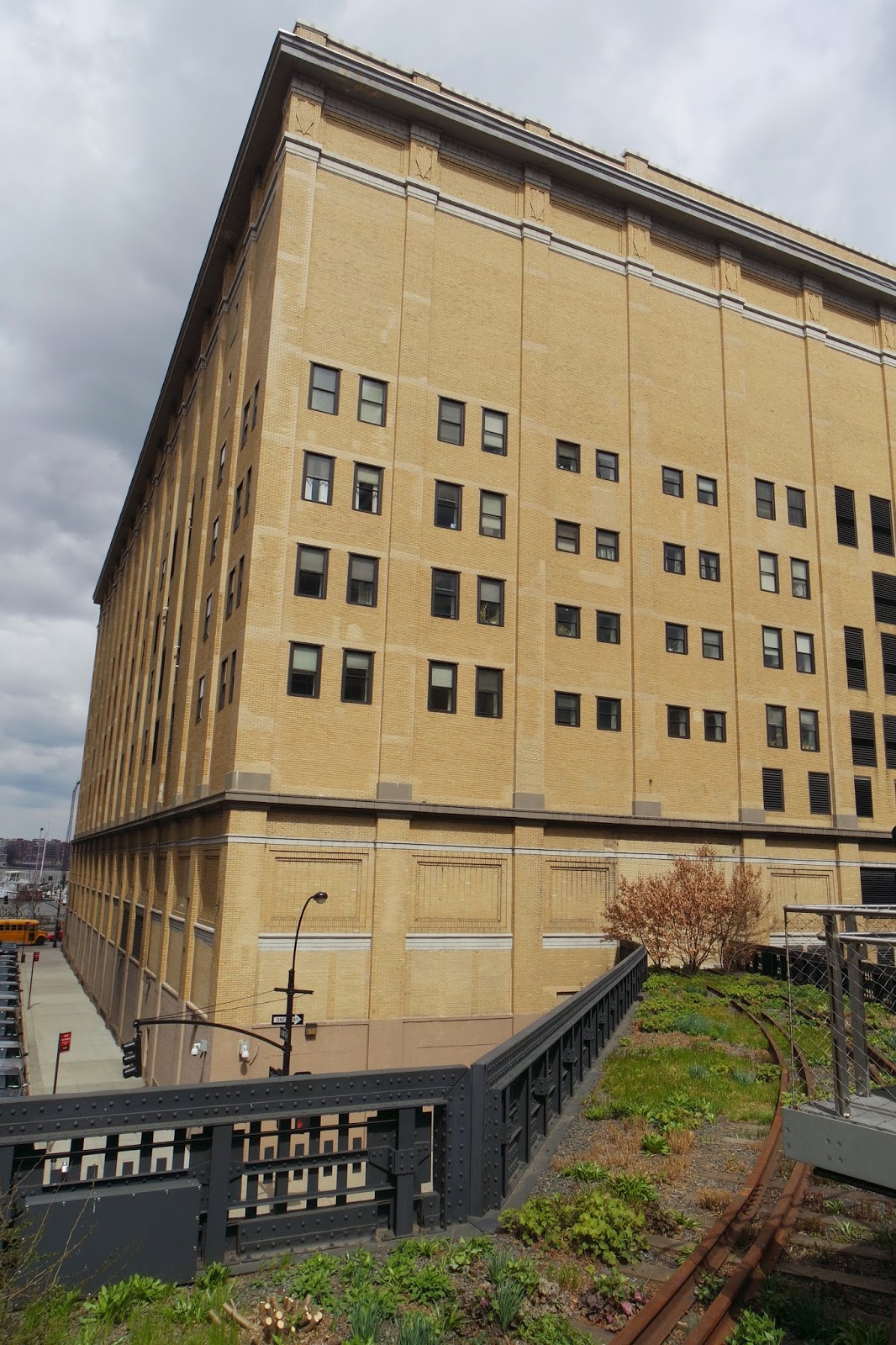 I love buildings that actually pass over the roadway; it's one of my architectural fetishes (others include flights of steps in towns and symmetrical entrances).  It was a thrill to walk over the street and under the metal casing of an old meat packing plant. 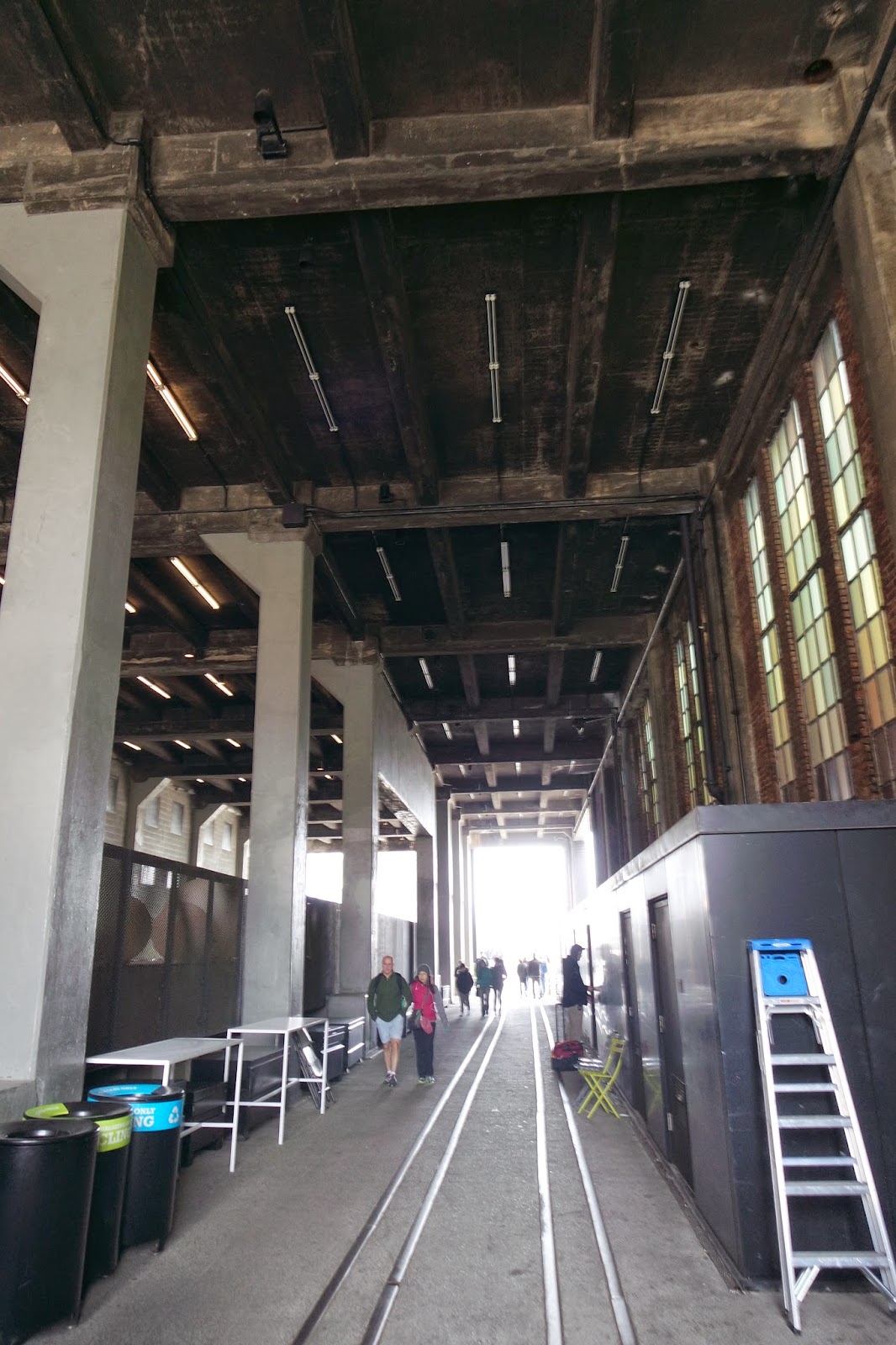 New York loves its new park, and has embraced it wholeheartedly.  It's left other cities eyeing their desolate infrastructure and wondering if maybe they could do something similar.  I bet London's ludicrous garden bridge wouldn't have half the traction if it weren't for the High Line, and a recent proposal to turn the abandoned Charing Cross branch into a cycle way sounds like it comes from a similar place. 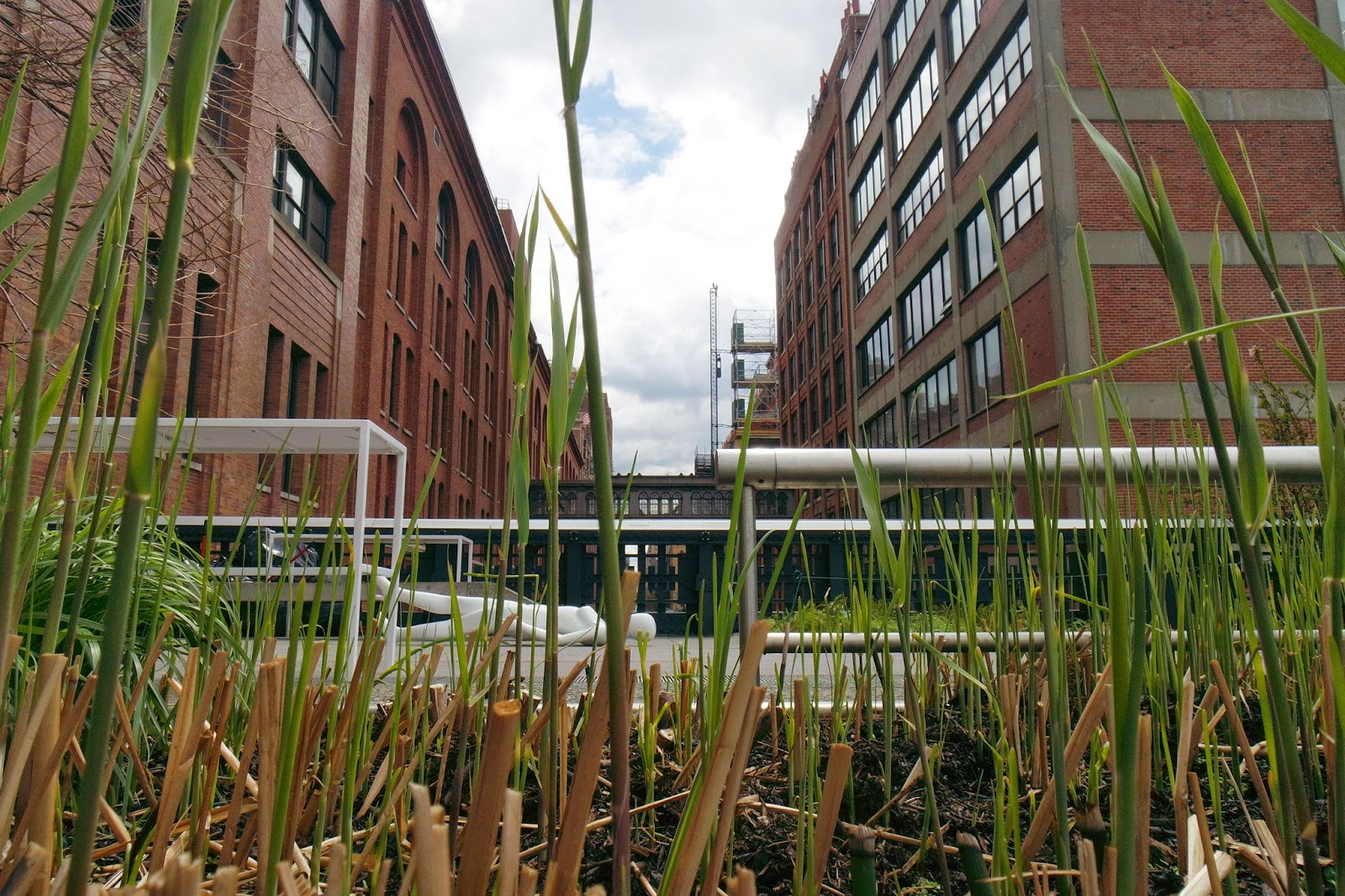 Even Liverpool's trying to get in on the act, with a proposal to turn the unloved Churchill Way flyovers behind the museum into an urban park.  There's a difference between New York and Liverpool; space is at a premium in the American city, and there aren't many sites that could be converted into green space.  The opposite is true of Liverpool.  There are still bare patches in the city centre and further out.  I'd rather see the flyovers demolished - reopening the view up Scotland Road and stopping the space behind the library from being quite so dead - and the money spent making public spaces elsewhere in the city.  Make the squares and parks that are already there better places to hang out. 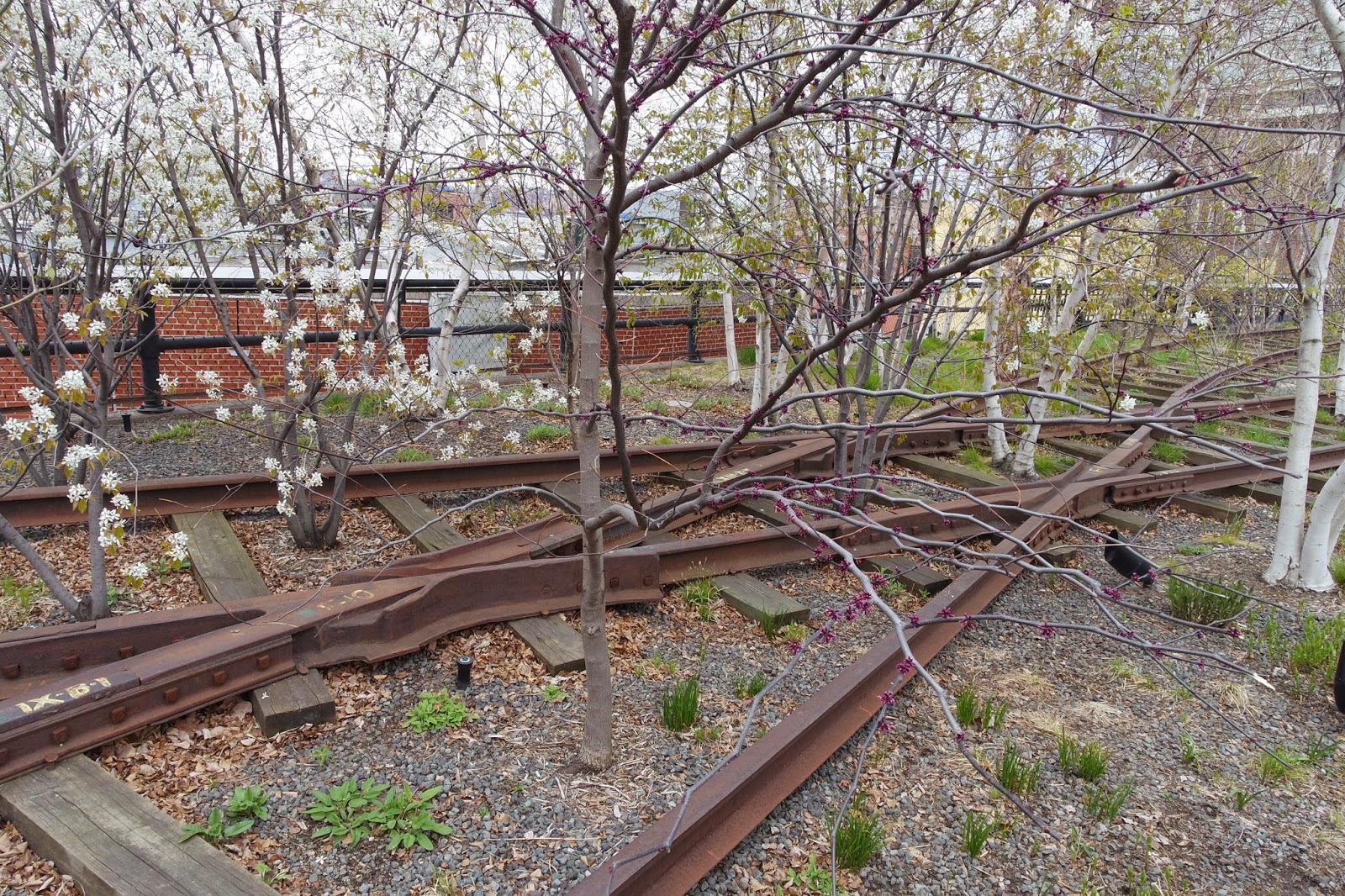 I bought a t-shirt and a book from the shop - of course there's a shop - and carried on to the end.  It finishes alongside the new Whitney Art Museum, stopping suddenly in mid air.  Iron girders that once carried diesel war horses are now holding up hipsters admiring the view. 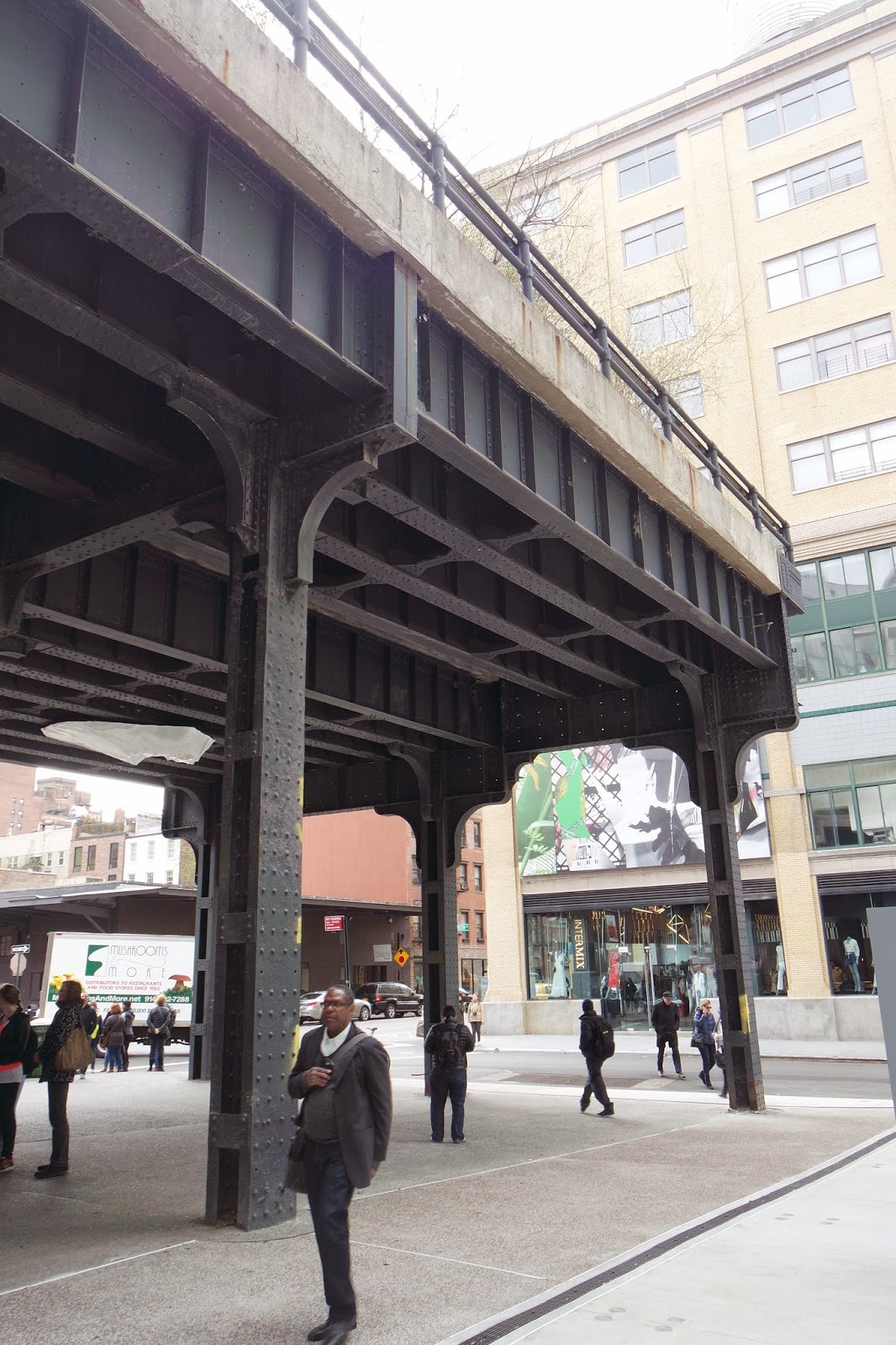 As a rule, I like railway lines to carry railways.  But if they can't do that any more, a park seems like an acceptable alternative. 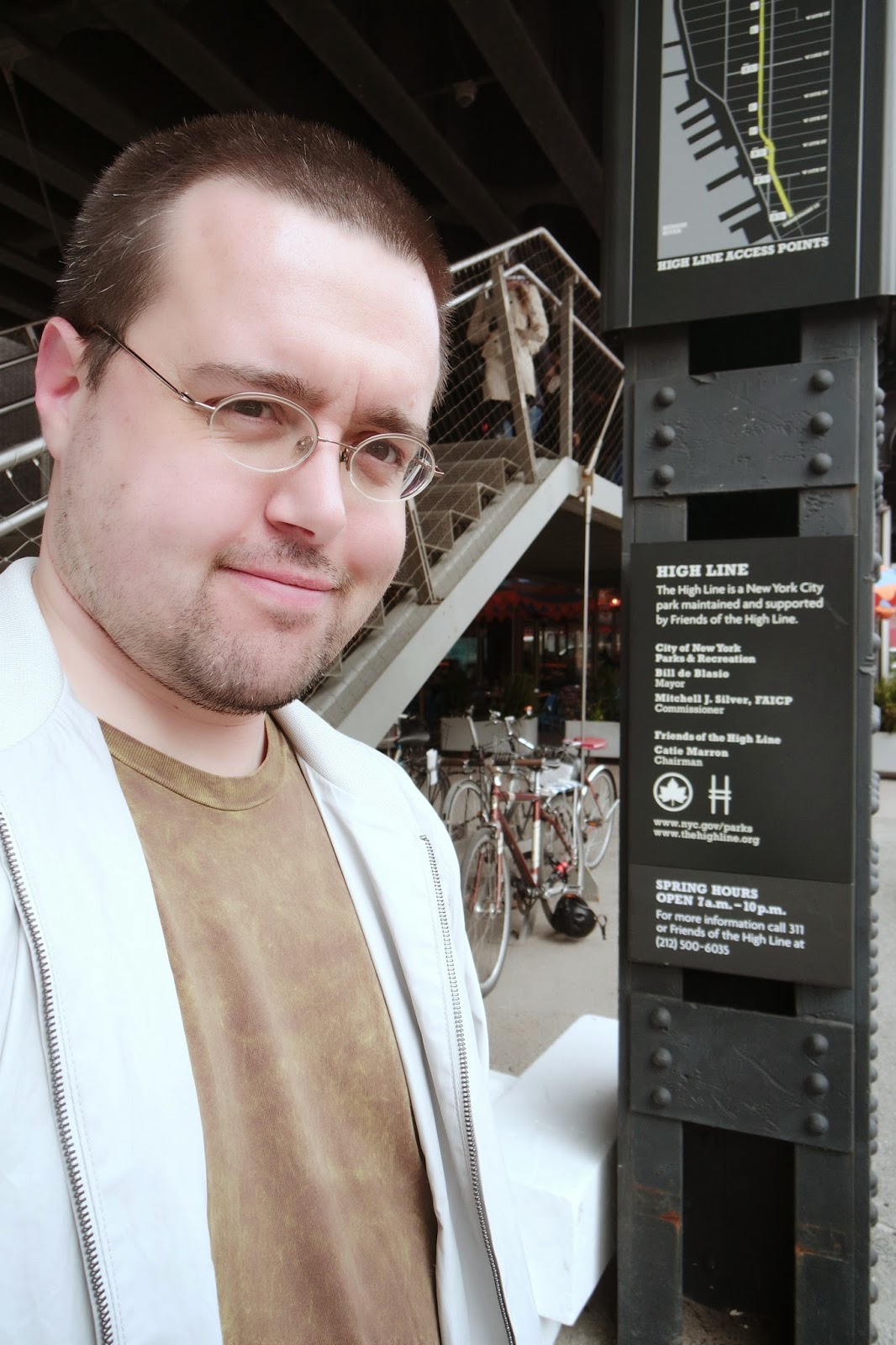 Bordesley Viaduct in Birmingham, started in 1846 but never finished. In 2015 it continues to soar, pointlessly, over the surrounding streets before ending abruptly.