Planes, Trains and Automobiles (without the planes)

Liverpool Central might think it's the glamourpuss on the network, with its new floors and its shiny escalators and its LCD advertising.  It's far from the only Merseyrail station getting a makeover, though. 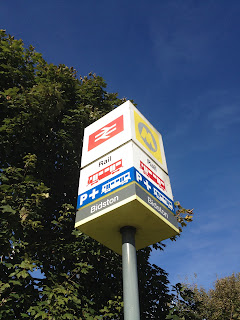 Over the water, Bidston and Birkenhead North stations are getting new park and ride facilities.  This might not be as exciting as a glass-roofed extension, but in its own way, it's just as important for driving new users onto the network.

When the M53 came to Bidston, all sorts of approach roads were constructed to enable better access to Junction 1.  The problem is that in the process they managed to hide the station away behind a whole load of open space. 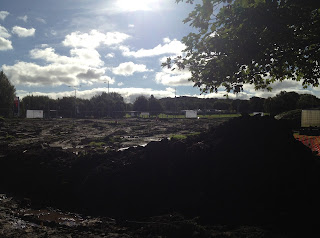 The open space is no more.  Normally this would be a cause for sadness, but in this case, it was just a wide expanse of dull grass that did nothing except get in the way of accessing the station.

Instead this will soon be a parking facility for the station.  It'll mean that Bidston becomes far more of a hub than previously and will make that park and ride logo on the station sign far more apt. 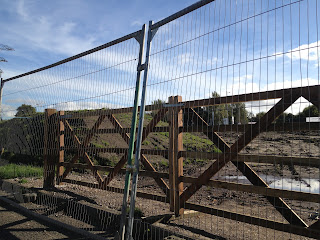 There will still be greenery here, but far more regimented landscaping.  Some nice trees.

Over at Birkenhead North, an even larger car parking facility is under construction.  I was surprised when I wandered down there (on a much less pretty day) and found the green space in front of the station was still there. 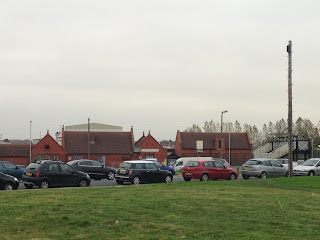 There used to be a row of houses there, plus a pub (The New Dock) which was so violent and unpleasant it had the nickname of "The Blood Tub".  When they were demolished a few years ago, I'd assumed it was for the parking facility, but instead, it's simply been landscaped as an extension to the park next door.

The car parks are actually going to be on the opposite side of the railway line. 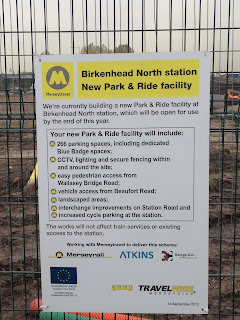 That seems odd to me, especially as there won't be a footbridge or anything over the line: you'll have to exit the car park, walk round the station and then back in again.  I suppose you have to go where the room is, and let's be honest, it's better to use the derelict dock land as a car park than as a rodent breeding ground. 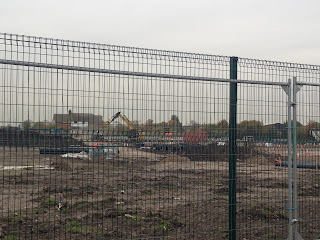 The new facilities are due to open in December, though the work at Birkenhead North is in two phases.  They're also refurbishing North's ticket office; that's due to reopen next week.  I really hope they work and are well used.  Bidston's right next to the motorway, so it's the kind of place that should be a park and ride hub, and Birkenhead North has plenty of space for it.  I just hope the local scallies don't view the dozens of parked cars as an opportunity for thieving and mischief.  Can we just have one nice thing? 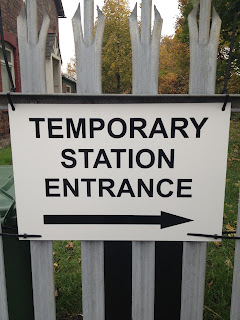 1. Shame about the New Dock pub, it was a rare survivor with a 50s tiled exterior or maybe even 30s. No sign of violence when I visited it in 2003, although admittedly early on a Thursday evening in December was probably not the peak time for trouble.

I loved the pub architecturally; the great tiles and the flats above. But it would have taken an Act of Parliament to get me to go in there for a shandy.