It takes five minutes to get from Hooton to Capenhurst on the Wirral Line, one of the longest sections without a stop.  The funny thing is, there used to be a station in between, and today I went out and had a look at what's left.

Don't get excited - there's not much.  It was in existence for nearly 120 years, there's hardly any evidence that Ledsham station even existed.  Even the Station Hotel, which used to be right next door, has been renamed the Cheshire Yeoman (and painted a horrendous orange colour). 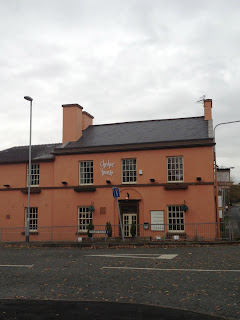 The station building itself, a mock-Tudor construction of the type favoured by the railway company (see also: Spital) was constructed on the road bridge.  The spot where the building used to be is now blocked off with railings, though the bridge wall is original. 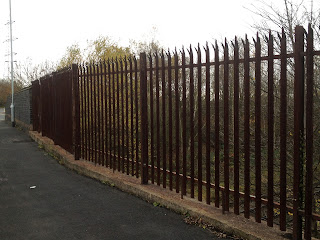 The artistic curl of the stone work on top is a Victorian rebuke to the 1990s bridge a few yards up, with its dull metal walls. 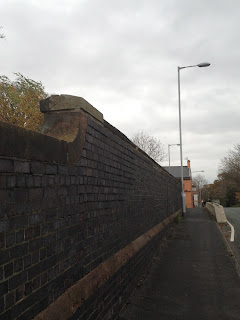 The principal virtue of the newer bridge (apart from carrying Welsh-bound traffic far more efficiently) is that it lets you see the other side of the older one.  That reveals white tiled bricks, the last remnant of the footbridge to take passengers to the platforms. 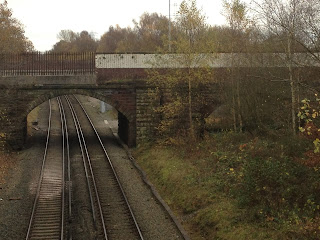 You can see them even more clearly from the pub side of the road; the ticket office would have been on the left and then the footbridge and steps extending the length of the bridge. 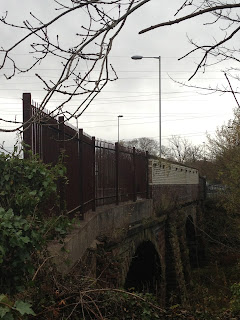 For us looking at this quiet line in the 21st century, it's hard to believe that main-line trains to London passed over these tracks.  You get a hint of the size of the railway here from the double arch of the bridge: the one on the right is now almost completely obscured by undergrowth.  There used to be four tracks here.  And that hump in the middle?  The remains of an island platform. 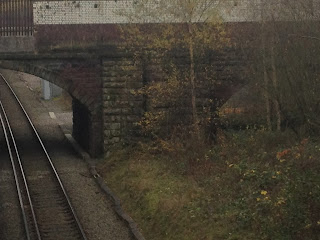 Obviously, when they built the new bridge, there was no longer any need for the second arch. 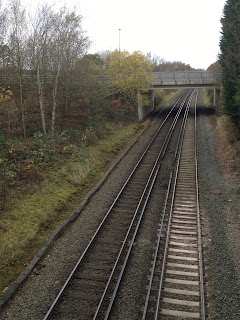 Ledsham was closed in 1959, done for by its distance from any sizeable settlement.  Ironically, in the years since, Ellesmere Port has stretched and expanded, and now a large housing estate known as Ledsham Park lies to the east of the station site.  It's not enough to cause Ledsham to be reopened (Little Sutton station is on the other side of the new houses) but it does make you wonder what could have been.  If it had managed to hang on another twenty years or so we might have a big park and ride facility here. 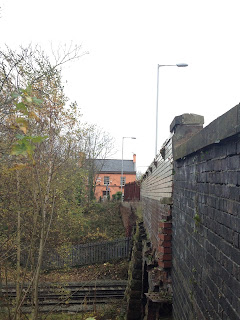 Hi, I remember the station when it was intact, I used pass through on the way to Chester to go trainspotting in the mid 60's, It was a large station, 4 tracks then, 1 island and 2 side platforms. I seem to remember our current queen alighted at Ledsham to visit Chester Zoo. I remember the booking office opposite the Cheshire Yeoman as I used to go to my Grandmothers in Mold, the A540 went past the Cheshire Yeoman then before the road was straightened, I remember my farther saying that there was the remains of a crashed plane from the war behind U Tow caravans before the road was straightened.