Read It and Weep

I was at the Pier Head the other day, looking at the new landing stage for the ferry.  It's nice enough, though I can't help thinking that those open sides will make it a pretty unpleasant environment come January.  And why isn't it physically attached to the Ferry Terminal?

Anyway, while I was there, my eye was caught by something at the head of the stage. 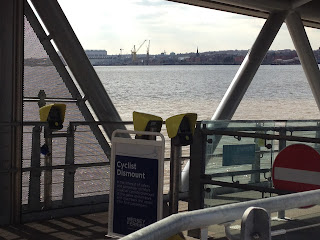 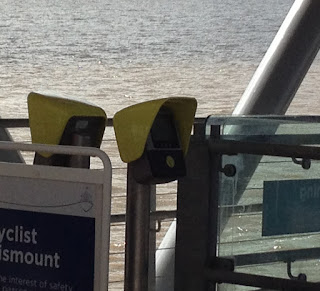 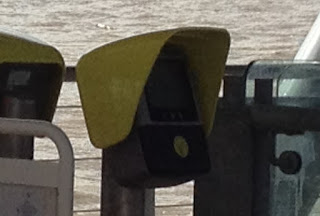 That looks an awful lot like a Walrus reader to me.  It's a preview of what the standalone readers will probably look like when they're installed across the network.  Though the underground stations (and Southport and Conway Park) have had gates with card readers in them for a long time, we've not really known what's going to happen at the ungated stations.

The assumption is that there will be a similar solution to the one used on the Docklands Light Railway.  These little readers will probably be installed at the entrance to the other Merseyrail stations, and maybe on the platforms as well, so that you can check in and out of the network as you come and go.  I haven't seen them being installed anywhere else though - if you have them at your local station, please let me know so I can go and have a look.  According to the official Walrus timetable, they should be replacing annual Railpasses with a smartcard in the next few weeks, so you would expect them to be implemented pretty soon.