For What We Have Lost

After yesterday's post about the new MtoGo, I had a bit of a scour through my archives, and I actually found some photos of some of the old Mersey Bookstalls.  Think of this as the Merseyrail equivalent of those "In Memoriam" videos at the Oscars, only without the embarrassing bits where everyone applauds the famous people and ignores the studio execs. 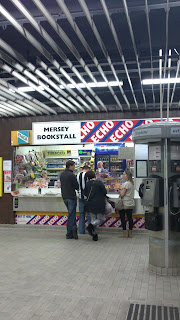 This was the Lime Street stall.  There was a man on my commute who used to buy a cup of coffee from them every morning.  It came in a polystyrene cup, and I can't help thinking that it all tasted of styrofoam by the time he got up the escalators. 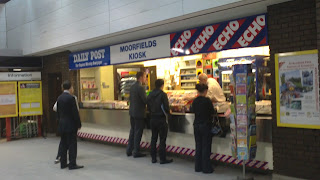 Here's the Moorfields Kiosk, and embarrassingly, it's not a Mersey Bookstall at all.  This area has now been replaced by a false wall and a shuttered area; before the MtoGo opened, they were selling tickets from there.  I wonder if there's a second ticket sales area for busy periods?  It can be annoying when you're queuing for a train ticket and the man in front is only buying a Bounty. 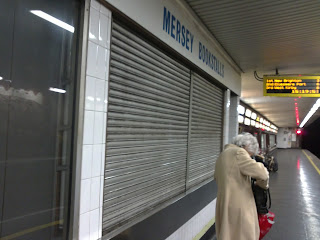 The only platform kiosk was at James Street.  I wouldn't be surprised if this is demolished during the station closure later this year, as it takes up valuable space for people to wait in.  I have never seen this one open, which is a shame, as in my imagination it's a real old-fashioned book store inside; very much like the early days of WH Smith.  Sadly the only periodicals Mersey Bookstalls ever seemed to sell were papers or pornography. 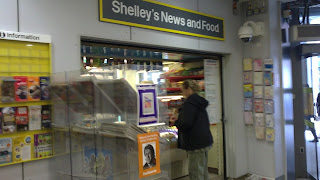 What sort of hold does Shelly have over Merseyrail?  James Street was closed for extensive refurbishment, but for some reason, they didn't build an MtoGo here.  Instead, Shelly's News and Food have continued to keep passengers in Pepsi Max.  Is she Bart Schmeink's secret daughter?  Does she know about Maarten Spaargaren's first wife in the attic?  Are there corpses buried under the ticket hall that someone at Rail House didn't want uncovering?  The public must be told.

Not pictured are the stands at Liverpool Central and Hamilton Square.  I didn't take pictures of them because that was back in the days when I would be embarrassed about waving my snapper around in a train station.  I'm over that now.
Posted by Scott Willison at 18:42