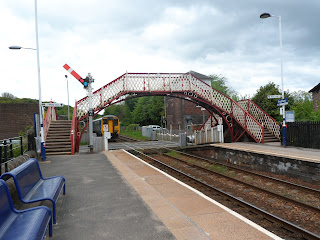 Prudhoe sounds vaguely dirty.  I'm not sure what it is - some kind of indecent sexual act.  And then he committed Prudhoe, your honour.  It's probably because it sounds a bit like "prod", which is, of course, a properly dirty word.

In actuality, Prudhoe is a perfectly ordinary station in the shadow of a paper mill.  From one side, it looks like a charming country halt, but from the other angle, it's dominated by enormous smoke spewing chimneys lovingly crafting toilet roll. 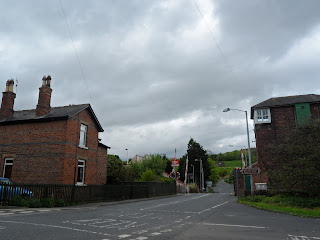 Still, it used to be worse.  Before the paper mill ICI had a chemical factory here.  It produced agricultural fertilizers until the 1960s, belching filth into the air and the river. 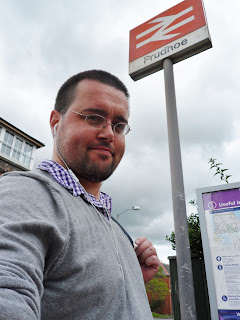 A by product of the chemical factory was the enormous chalk spoil mountains known as the "Spetchells".  When ICI moved out, the chalk stayed, forming a nature reserve which is open to the public. 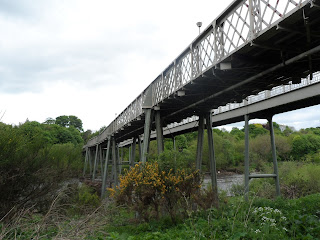 It meant that, even though I was in the grimy North-East, alongside the filthy Tyne, I actually had something of a nature walk.  Once I was past the cafe (only open in the summer) and the bikers had disappeared, it became a quiet, pleasing stroll.  Butterflies and birds, the rustle of trees, the gentle dapple of the river against the bank.

Occasionally a footpath had stripped back the vegetation, revealing the white scar of chalk underneath.  Amazing how life reclaims a dead landscape.  How industrial waste churns into a green space. 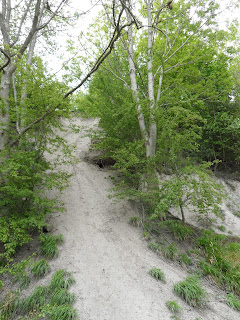 Across the river, a brick mill chimney poked above the trees, the last remnants of a dead factory.  There was already vegetation halfway up the sides.  It was like the outflung arm of a drowning man, just before he's dragged under the waves. 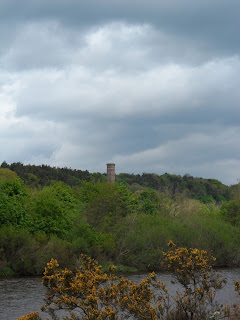 A period under cool tree canopies reminded me that even though it was May, summer wasn't here properly. There was a slight chill and the skies threatened rain.  I was glad when the trees fell back and I was in a wide meadow. 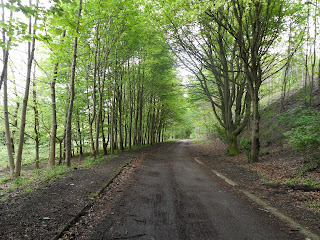 There were horses grazing in the meadow, a couple wandering around lazily, while a third sat on the floor.  It gave me an imperious look as I passed.  One horse allowed me to stroke its nose, breaking off from its grass chewing to give me a better reach, brown eyes staring at me in a fairly bored way.  Are you nearly done? they seemed to say.  I patted it one last time and headed back into the woods. 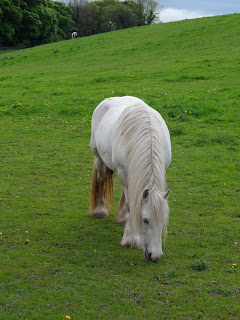 Much of the route used to be a railway line.  You get an inkling of this from the wide central pathway, occasionally straight, definitely man made, but the railway's real legacy is the Hagg Bank Bridge. 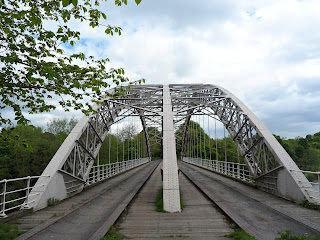 This is one of the oldest arch suspension bridges in the world; the grandfather to the Tyne Bridge and the Sydney Harbour Bridge.  A single span was necessary because of coal mines in the area; there were worries that support piers could cause the shallow workings to collapse and flood.  It used to carry two railway tracks and their paths are still marked by deep smooth routes on the bridge. 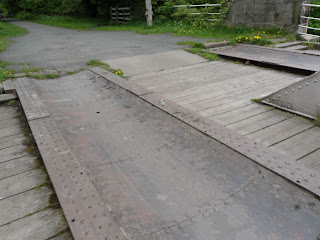 I should really have tagged every time I mention Dr Beeching on this blog; he's almost as omnipresent as James Bond.  Beeching closed this line but rather than demolish the bridge completely the Council turned it into a public walkway. 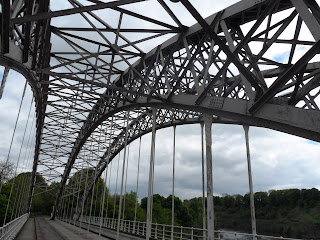 I passed over it and the river and into Wylam, a little village with cafes and pubs which is probably most famous as the birthplace of George Stephenson.  The irony of reaching the home of the grandfather of the railways via an abandoned line wasn't lost on me. 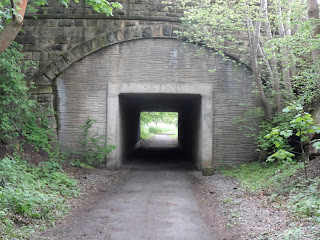 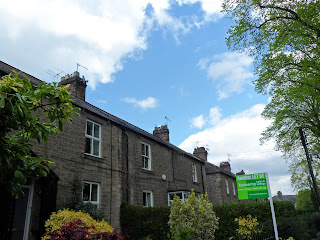 Instead, I went to the pub.  Regular readers would be disappointed if I hadn't.  I crossed over the Wylam bridge, once a toll bridge with a tollhouse still at one end, and nipped into the Boathouse for a pint of Tyneside Blonde.  Ahead of me were three Geordie ladies, out for their constitutional, and now treating themselves to pints of cider.  Their accents were thick as a winter blanket, and they genuinely used the phrase "way ay" in speech, which thrilled me immensely. 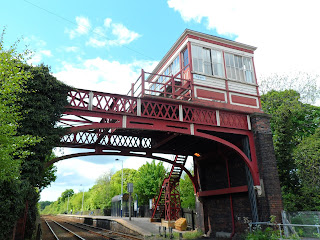 This is the signal box at Wylam.  It was once the standard design on the line, but now there are only two left, and they are listed buildings.  I loved it - such a pretty way to solve the problem of where to put a quite perfunctory building.  The footbridge over the tracks is listed, too, but that was undergoing restoration and was swaddled in tarpaulin.  I have a habit of turning up to places when they're being refurbished so I can't appreciate them properly. 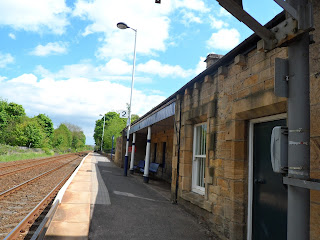 The station building, meanwhile, is long boarded up and abandoned.  Northern Rail have painted the wood over the ticket windows purple, but that's not much of an attraction. 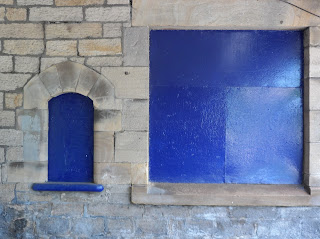 One thing it hasn't got is a decent station sign - just a sort of arch over the entrance.  Bad show. 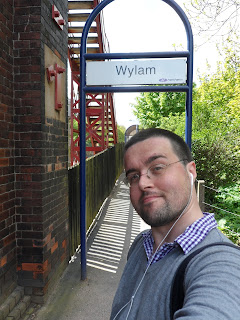 Good to see you on the road again. This is one of the oldest lines in the country and d some of the station buildings are very charming.

I think you have some long walks ahead at the Western end.....