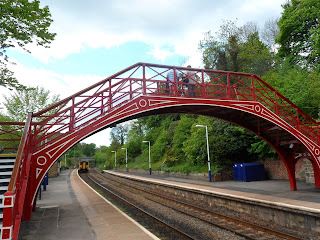 If you've noticed a sudden change in the photographic quality, rest assured, it's nothing to do with me.  I've got a new camera.  You might have spotted that the photos during the Cumbrian Coast trip were flawed - a hair or something had somehow worked its way into the mechanism, and every shot looked like it had a little kiss curl.

The new camera's smaller, has more megapixels, features wi-fi and video editing facilities, and is all a bit overwhelming.  The instruction book is two hundred pages long.  This isn't one of those cameras with enormous lenses that weigh a ton; it's just a little point and click thing.  All I want to do is take pictures. 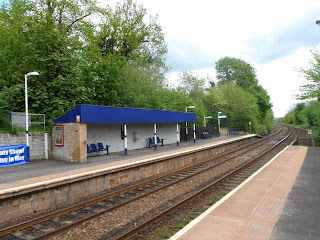 It means that some of the photos might be a bit unfocussed, or oversaturated, or just plain weird until I've properly got to grips with it.  Apologies.

One feature it does have which is useful is a self-pic monitor.  I point the cam at my face, it realises there's a person there, adjusts the focus accordingly and makes a little beep to let me know it's ok to take a picture.  Extremely handy when I'm out in the sticks on my own. 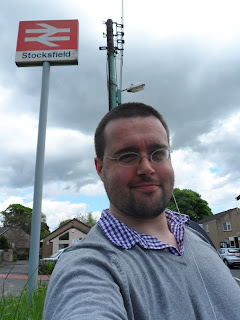 The "built in Photoshop to make you look like Ryan Gosling" feature seems to be broken.

Stocksfield station was gearing itself for an onslaught.  The Northumberland County Show was taking place near there at the weekend (the one just gone), leading to banners and revised timetables.  I was strangely pleased that an agricultural show could still be such a big draw that they have to lay on special trains.

A right turn out of the station, a little hill, and then I was on the main road to Riding Mill.  The sun bounced off my colossal forehead, and I once again regretted this haircut (I panicked in the barbers and gave the wrong instructions).  At least a bit of fringe minimises my Tefal-head proportions.  Not much, but a little.  As it was, I was quietly roasting in the heat. 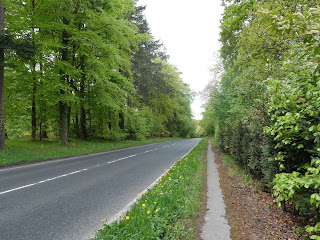 I'm deliberately hitting the country stations for the next few months.  While we - theoretically - have a summer, I need to collect some of the out of the way places from the Northern Rail map.  Wandering across Ilkley Moor in December wouldn't just be cold, it would be properly dangerous.  It means a bit of a mad dash to rural halts to try and get them under my belt before they sink into a morass of mud and snow. 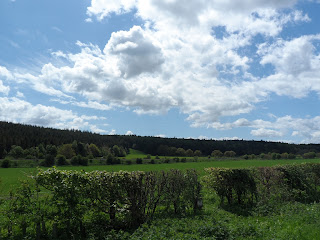 I felt like I may have missed something by visiting this part of the country in summer.  It was warm, it was pleasant, it was positively bucolic.  I was in Hadrian's Wall Country!  Surely that's wind-blasted hillsides and desolate scrub.  It's the bodies of a thousand Englishmen buried in the churning wet earth by bloodthirsty Romans.  It's cold and damp and miserable.

All that would be an absolute nightmare to walk in, of course.  I can only imagine the whining blog post I'd have written if there'd been a bit of rain that day, never mind if I'd had to haul myself through grey claggy soil as well.  I did make a mental note to leave it till Autumn at least to collect the other end of the line. 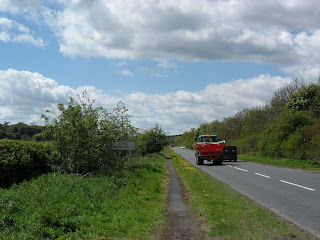 Riding Mill curved round a bend in the Tyne, houses built either side of a tributary that gurgled down from the hills.  Stone miner's cottages had been supplemented with more modern bungalows and detached homes.  Commuters and retirees had taken over the village. 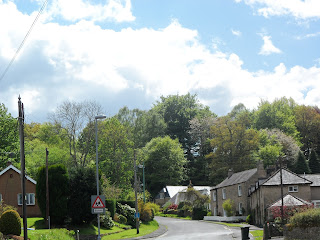 I ignored the call of the Wellington Hotel and took a little side road up towards the station.  It didn't feel like the right road - it was sited in amongst a modern housing estate, not in the historic centre as I'd expected - but there was the curved metal arch to indicate I'd arrived. 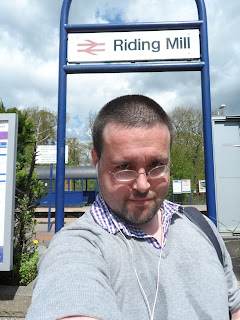 Riding Hill opened in 1835, only five years after the first trains ran between Liverpool and Manchester, and as such is one of the oldest stations still in operation in the world.  It seemed strange to think that this quiet country halt was picking up passengers two years before Queen Victoria came to the throne. 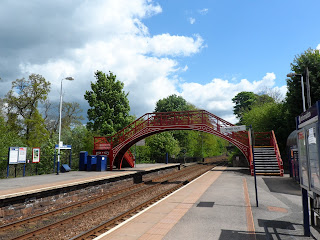 Corbridge was a much more popular station.  I climbed off behind two pensioners with suitcases, experiencing that anxiety of not wanting to patronise them by offering to help combined with not wanting to see them struggle; in the end they managed it all by themselves, which didn't really alleviate my guilt. 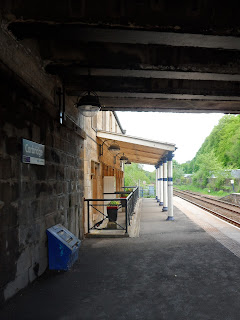 The station building at Corbridge is still in use, but as an Indian restaurant now.  There were workmen repainting the footbridge and it was clear that they were using the restaurant as an unofficial canteen, with the fire door propped open and empty pint glasses on the table inside.  Once the train departed, the men wandered out, scratching themselves and looking content. 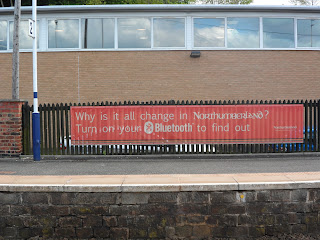 I turned my Bluetooth on and nothing happened.  Looks like I'll never know. 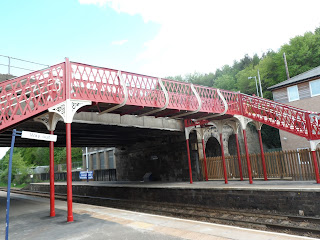 Corbridge station is actually on the wrong side of the river - the town is over the bridge - and I wasn't really in the mood to go and have a poke round.  Besides, I didn't have long before my train back to Newcastle, and I had one of those tickets that didn't allow me to vary my journey home.  I couldn't risk missing it.  Instead, I wandered into the local pub for a pint of bitter. 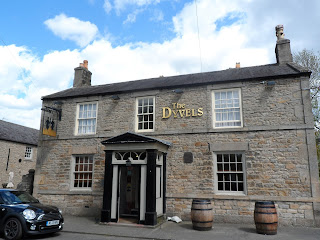 Yes, that pub is called "The Dyvels".  Inside, it wasn't a filthy coven, and there was no sign of recent human sacrifice; just a single bar room and a pub showing the BBC News channel.  There were a group of men in there who, as far as I could work out, seemed to be competing to be Sexist Pub Bore of the Year.  They were all in their late middle ages, all had hair that was just a little too long (to counteract the balding at the front), wore denim or a brown leather jacket.  They flirted with the student barmaid in a crass, unsubtle way, and she rebuffed them as quickly and as painlessly as possible.

They were talking about lapdances.  Except they weren't, because it was all couched in raised eyebrows and nudge-nudge-wink-wink, and references to "business trips" and "expenses".  "Are you allowed to touch them?" one man asked, breathlessly.

"No, no, no," said Brown Leather Jacket.  "It's like being at the ballet.  Only the dancing's much closer.  And they've not got any clothes on."

"No, no," said Brown Leather Jacket, then arched his eyebrows.  "Not officially."  And the men of the world guffawed some more, and I considered jamming a broken pint glass quite firmly into his spine.

Behind them, the barmaid exchanged a glance with the chef, who'd come out for a cup of tea.  They smirked and shook their heads.  United against a common enemy. 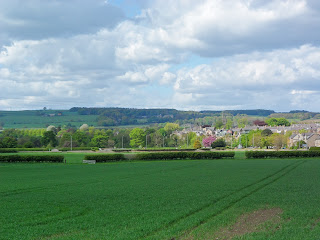 I left the pub while I still had a stomach lining and returned to the station.  I'd finally broken my North East duck; the lines around Newcastle were no longer clean and untouched.  I'd have to come back many times more before they'd all be gone though.  So long as I never went back to that pub, I was happy with that. 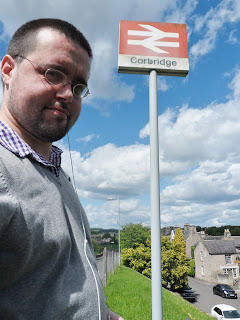 The haircut's very fetching - mistake or not.

And while we have the good old boys of Hazzard county back, why not give all those guys who decide to toon in out of nostalgia's sake a reason to stay.strippers in San Antonio