For reasons far too dull to go into here, I found myself in Manchester with a couple of hours to kill. 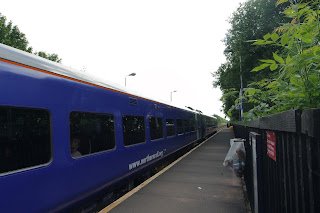 It was a beautifully hot day, with clear skies, so rather than wander round some deathless Mancunian suburbs I took myself out of the city to Smithy Bridge.  It's a tiny station on the far side of Rochdale, and it offered a hint of country elegance instead of grimy metropolis. 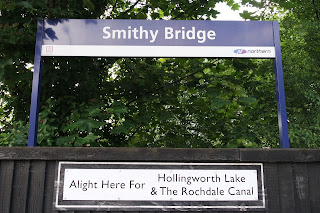 That's a rubbish Attractive Local Feature board, though. 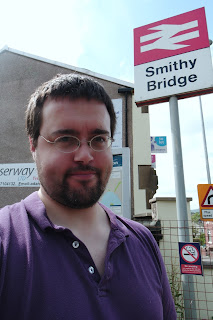 I crossed the Rochdale Canal and began the slow ascent through the village.  The schools had just emptied out, and tired looking kids were shepherded down the hill by disinterested looking mums.  The heat was oppressive, nothing to enjoy.  It sat on our heads and squashed us into submission. 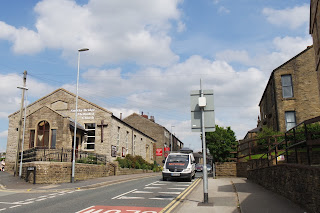 I was heading uphill to Hollingworth Lake, which seemed counter intuitive; surely water falls to the lowest point?  Hollingworth Lake is actually man-made though, a reservoir created in 1800.  Unlike most of the reservoirs in the Pennines, this one was not intended to supply drinking water to the towns and cities of Lancashire.  Instead, it was created to supply water to the Rochdale Canal, and it still serves that purpose today. 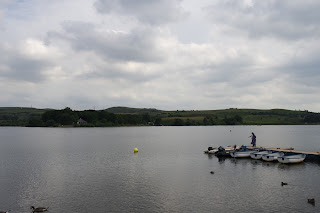 In 2015, however, Hollingworth Lake is far more important as a leisure destination.  I reached the shoreline and found it packed with families enjoying the afternoon sun.  They lined the shoreline eating ice creams and feeding the ducks.  The cool breeze across the water took the edge off the warmth, making it pleasant. 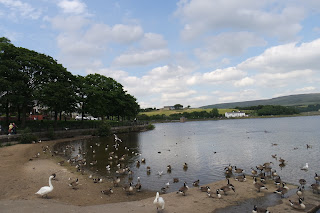 The shore road, meanwhile, acted as a sort of mini-riviera.  The lake quickly became popular with Rochdale's workers in the nineteenth century; they'd escape the town for a day-trip to Hollingsworth.  It became an inland seaside, and even now, when the workers have started taking their vacations in Blackpool and Benidorm and Bermuda, the lake carries that laid-back, easy feel of a holiday destination.  There were cafes and restaurants overlooking the water, an ice cream parlour and a chip shop, even an amusement arcade. 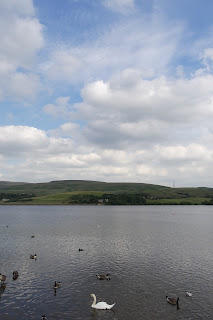 It was an easy spot to fall for.  So peaceful, so relaxing.  I leaned on the fence and watched the water ripple for a while before I tore myself away. 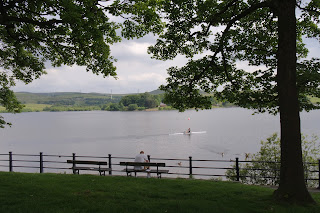 I followed the shore road a little further, ignoring the call of the Wine Press pub with its busy beer garden, and instead turning inland.  I passed families on their way up to the water, parking a little further away so they didn't have to pay for the official car parks.  The excitement had got too much for one little boy, and he was being sick in the gutter beside the car; while his mum and dad rubbed his back sympathetically, his older brother looked in the opposite direction, eating an ice cream cone and looking bored. 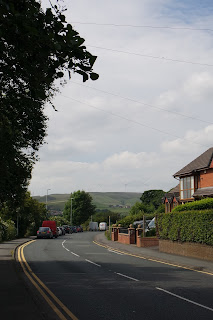 The fields beside the road were filled with sheep.  There was a gaggle of them round the water trough, and a smaller lamb poked her head through the fence to eat the grass on the wall; when I reached out for a stroke, she fled back to her mother in fear.  It was very pretty, so long as you ignored the five foot high sign erected by the farmer in amongst them. 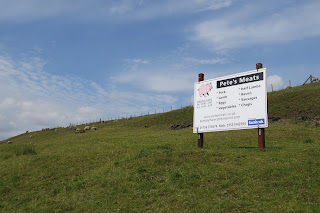 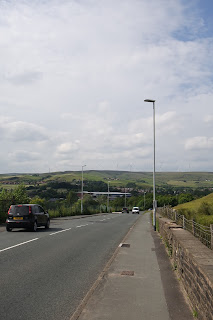 Now I could see Littleborough, a cotton town that nestled in the valley.  The road wound its way down, and began to fill with cars trying to cut across the Pennines through the narrow pass here.  I found myself overtaking the same cars, playing relay as to who was further forward. 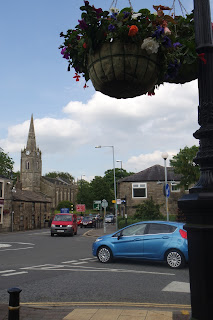 The town centre was lovely.  Tiny shops and houses built out of creamy local stone, with flags flying and a market cross. 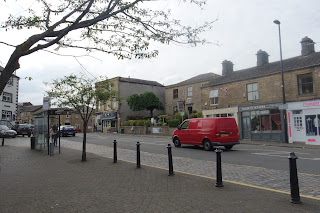 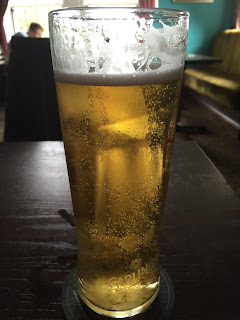 With a warm face and a belly sloshing full of beer, I headed to the railway station.  It was opened in 1839, and was for two years the terminus of the line from Manchester, until they finally completed the Summit Tunnel and were able to continue on route to Leeds. 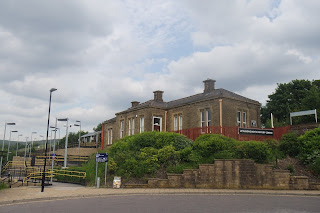 It's been lovingly restored, though not for railway purposes.  Instead you reach the platform through a dark underpass that retains some of that murky Victorian drama. 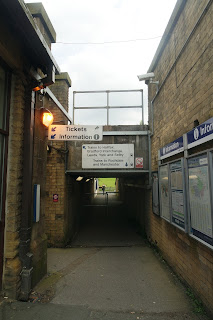 I headed up to the southbound platform, high among the grassy hills and with the town below me.  It really was a beautiful day. 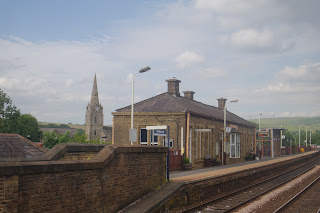 Such a shame I had to return to Manchester.  That's the problem with reality. 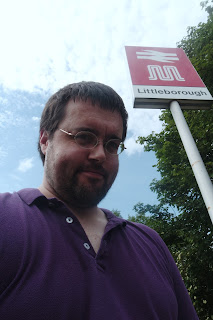