This picture is important for three reasons. 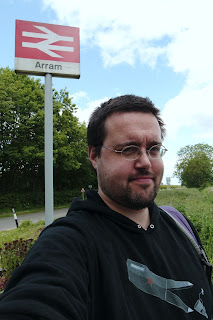 Firstly, it's Arram: the station I narrowly missed out on visiting last October.  I'm finally able to cross it off my map, and in the process, cross off the whole of the Yorkshire Coast Line between Scarborough and Hull.  It's all done now.

Secondly, for the first time in years, I was accompanied by the BF on a Merseytart trip.  I'd managed to con him into visiting by telling him there'd be no walking and we could spend the afternoon in Scarborough afterwards, and he fell for it.  The fool.

Thirdly, it was the point where I decided that once the Northern Rail map is complete, I'll stop. 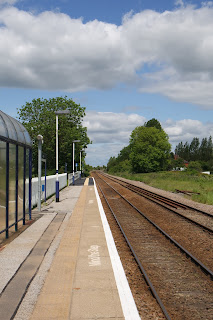 I've visited 85% of the Northern Rail map - that's more than 400 stations - and I reckon I could probably finish it all by the end of 2015.  So obviously, I've been thinking about what to do next.  I thought about maybe finishing off the Arriva Trains Wales map - I've done a couple of epic journeys with little purpose there, so the lines in the north and middle of the country are already done.  Maybe the handful of stations that are on the TransPennine Express map but not on the Northern map.  Maybe London Midland.

I'd even looked at Project Mapping's new diagram of the whole rail network: every station in Britain, and I'd thought, "could I?"  After all, Northern has 20% of the stations in the country.  I'd have already done a fifth of them.  How hard could the rest of it be?

Then I went to Arram. 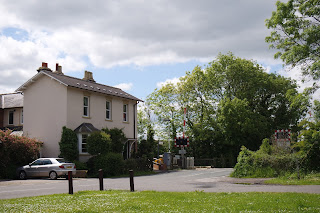 There's not much to it.  There's two platforms, splayed either side of a level crossing.  The station house has been turned into a private home.  There's a bit of greenery.  The village of Arram - more a hamlet - is on one side, and the back of RAF Leconfield is on the other.  We were there for a little under an hour, and nothing happened.  We just sat on a bench and watched the fast trains pass through and shared a packet of ready salted. 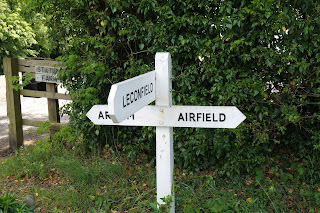 It was getting there that made up my mind.  We'd got up at 5am, then the BF drove us to Lime Street; the first train from Birkenhead Park wouldn't have got us there in time.  We got on the 06:22 service to Scarborough, which arrived on the other side of the country at 09:30.  There was meant to be a train to Bridlington at 10:00, but there had been problems with the points, so a rail replacement bus was running instead.  That turned up at 10:20, and then we had an hour on the road before finally arriving at Bridlington station at 11:30.  Time for a quick pee before we got the 11:41 train, pulling into Arram at 12:08.

So, if you're keeping count, that was over seven hours from when I'd woken up, with five and three quarter hours of rail and bus travel.  All to collect one station.  All to get to a rural halt so we could kill time until the train back to Bridlington at 13:02. 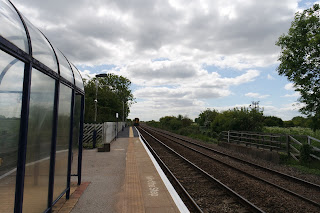 The BF loved it.  He found it terribly exciting, because he'd never been on those trains before, or to this part of the world.  He even liked the rail replacement service - "I can't remember the last time I was on a bus!  It makes a change from just another train, doesn't it?"

I was just thinking, this is how it would always be.  If I did the Arriva Trains map, I'd have to get an early train to Cardiff before I could start getting to the new stations.  If I did London Midland's, that's nearly two hours just to get to Birmingham, and then two hours back again.  Every time.  Every journey starting the same way, and every journey home the same. 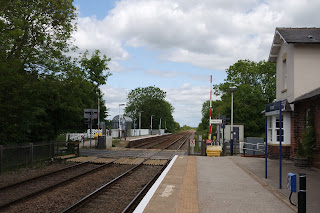 And if I did the All Stations map... There are stations on there, in Scotland, in East Anglia, in Cornwall, that make Arram look like a throbbing hub of activity.  I'd have to travel for hours just to jump off the train in the middle of some moor where I have to hang around and hope the one train home isn't cancelled.

Not to mention the expense.  All those tickets, and all those hotels.  The odd week long trip now and then is ok; the BF understands and tolerates them.  But it'd be hard to say, "I'm off to Brighton for a fortnight so I can gallavant around the South Coast; you stay here and do the ironing.  Then I'll come back for a couple of days before my trip to Perth."  That's not fair. 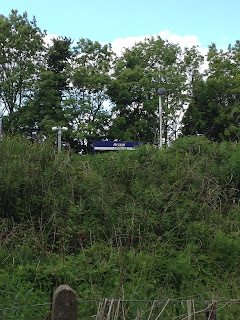 So there you go: Arram killed me, in a way.  I will definitely finish the Northern Rail map, of course; that goes without saying.  But when it's done I'll be like Ian, who quietly packs away his blogs when they're done.  Ian didn't write 150 Great Things About The Underground, then, at 143, suddenly say, "do you know what, I've thought of another 300!".  He finished it and that was it.  I'll have to be more like him.

It does raise the question of what I'll actually do with my time afterwards.  Bus stops?  Perhaps I'll join a monastery.  It's a thought for another day.  I still have that 15% to go. 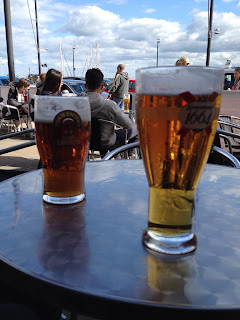 Do funiculars of the United Kingdom, both the up and the down cars.

Make sure you archive the blog offline as well when you come to stop, just in case Google ever "sunsets" Blogger or something. It's a record of achievement worth keeping and - yes! - historically important in 20+ years time.

I don't think regular readers will be too surprised - your blogs are still great (I enjoyed the Heysham/Morecambe trip in particular) but it seems like the challenge element has become a bit of chore for you. I hope you keep tarting and keep blogging: maybe a bit of time without it being a task will restore a touch more of the fun for you!

Thanks for what you did; I enjoyed your updates/wandering and musings. I look forward to what you decide it next.

Hi. I can understand where your coming from Scott, looking forward to the last of the Northern Rail System. I think the blog it's self is excellent, your writing is very good. Maybe just do bit's of the Country to please your self, when your space and time allows (I really liked the LT and NYC metro bits), and your epic journeys.

Best wishes with whatever you choose to do, this blog is a credit to you :)

Selfishly sad because I enjoy reading your stuff so much- but it certainly sounds like the right decision for you. +1 on making sure the blog is archived, too; it's a dual achievement of writing and determination that deserves to stick around.

Thank you folks. It's all nice to hear. There's still a few months to go, so don't go anywhere yet!

Understand your reasoning. Life is short after all.

Really enjoyable series and written with a light self-deprecating touch which sets you apart you from a lot of the narcissistic dross out there.

Many thanks. Regards to the BF:)

He already did it mate. Couple of years ago if memory serves me well.