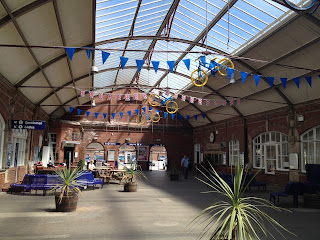 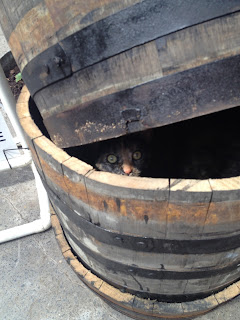 Best of all, it has a Station Buffet.  Yes, children, there was a time when railway stations were unblighted by "Pumpkin" or "Upper Crust" or worst or all, "Burger King".  There was a station buffet, and Bridlington has managed to hang on to theirs. 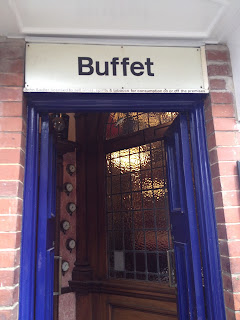 It has grabbed its unique status with both hands.  Inside is a smorgasbord of railwayana and plain old nostalgia. 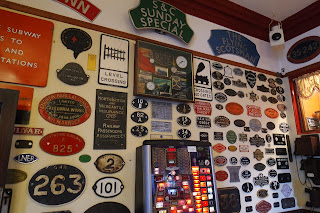 Everywhere you look there are signs, numbers, pictures of trains.  It's like being in Pete Waterman's front room. 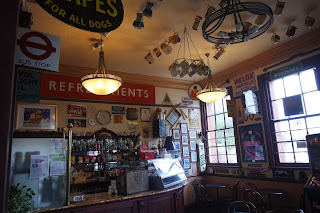 It's not all serious tin signs though; there's also a healthy dose of smut, which I naturally approved of immediately. 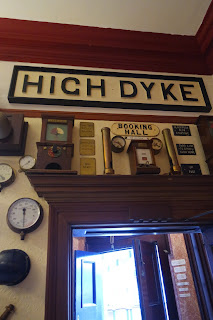 I think I knew her at college.  Even better is this little cluster; those of a sensitive nature may wish to look away. 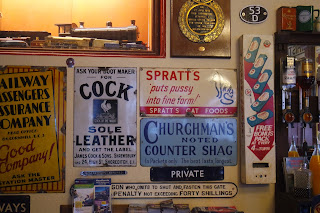 I mean, they must have known, mustn't they?

We sat at the marble topped tables and drank pints of cold beer, dispensed by a buxom middle aged lady, and enjoyed the atmosphere and the history of the place.  If you're in the area, please pop in and support it.  I'd hate to think it was being turned into a Delice de France. 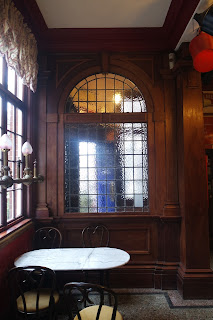 P.S.  While waiting for my train, I spotted this frosted window on the concourse. 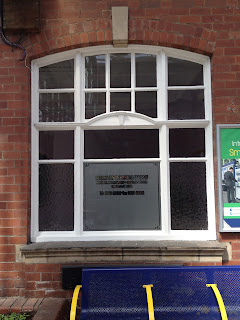 Bridlington station has its own private detective agency.  That's almost too much awesomeness for me to handle.
Posted by Scott Willison at 15:37

Email ThisBlogThis!Share to TwitterShare to FacebookShare to Pinterest
Labels: Bridlington