I never realised Redcar was the seaside.  Obviously, I knew it was by the sea, but I didn't realise it was a resort.  I always associated Redcar with the steelworks, with industry, with grimy faced men going home to screaming children and harried wives doing the washing in a dolly tub.  People shouting about t'working man while they got dysentery from the communal stand pipe.  That sort of modern, not even slightly patronising view. 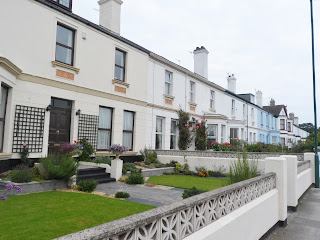 The first hint of its seaside elegance was this row of houses overlooking the cricket club.  I was immediately reminded of Seaforth, and the similarly coloured houses on Marine Crescent.  They looked like lovely, generously proportioned homes, not grim worker's cottages at all, and a turn of the corner revealed a pub called The Lobster.  I walked down a side street and yes, there was a prom. 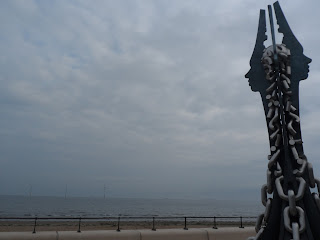 Redcar came into existence as a resort with the railway; suddenly there was the potential for day trips and even holidays. A town sprung up to show the workers from Leeds and Darlington a good time.  It lasted as a proper holiday destination for over a hundred years, until package tours and increased wealth kicked the stuffing out of it in the Sixties and Seventies. 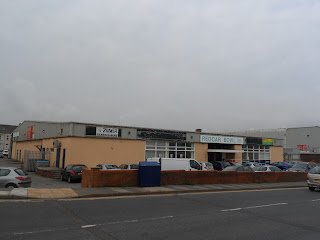 Now it's that great English destination, the seedy, down at heel resort.  I was a tourist in search of a very different kind of thrill; the drab charm of a place on the back foot.  Somewhere like Southport or Brighton is all very well, with its shiny buildings and glamorous promenades, but I like going somewhere that's a bit more grey.  I like seaside towns that look like they smoke roll ups. 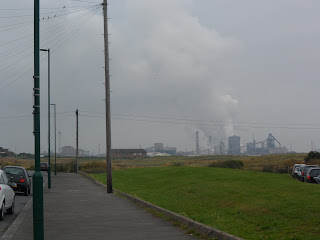 Obviously the locals would prefer a different image, and they're spending money trying to rehabilitate the town and make it a destination again.  I'm not sure they'll ever succeed.  I know that Magaluf and Benidorm are awful in many ways (I have been to Magaluf; I had to have major surgery to reattach my lower jaw after it fell so far in horror it cracked the pavement), but the Spanish resorts are at least foreign and exotic.  They haven't got a steelworks belching out chemicals at one end, and a wind farm in the sea, and oil tankers coming in from the rigs. 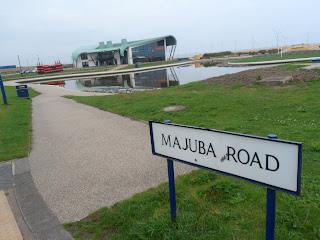 I'll put down the fact that they were even trying to make Redcar a holiday resort in 2013 to their knowledge of the English character.  "Yes," they thought, "we may not be pretty or warm or even very welcoming, but we've got a bit of beach."  They understood that British people will put up with anything so long as we can sit on a strip of sand.  There could be an outfall pipe jettisoning turds directly into the waves right under your nose and the average Brit would simply wipe the faeces off their sandals and carry on. 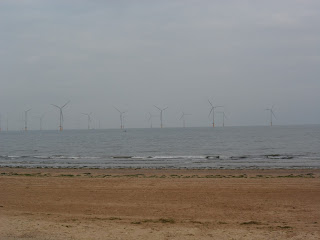 The sand's Redcar's Get Out Of Jail Free card; it can pretty much do anything while it's got a beach.  Can you build a sandcastle in Leeds?  Can you go for a donkey ride in Sheffield?  Can you go for a paddle in Manchester?  Well, actually you can do that, but it'll be in the Ship Canal and you'll probably step on a needle and get tetanus.  Redcar's got somewhere for you to lay out your towel and have your sandwiches, so in the end, it wins. 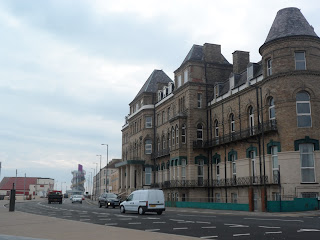 That elaborate-looking helter skelter at the end of the road is actually the Redcar Beacon, a "vertical pier" which was opened earlier this year.  It houses four floors of offices and a cafe and is easily one of the most pointless buildings I have ever witnessed.  I'd have more time for it if it was a helter skelter; I love helter skelters.  Shouldn't a pier, vertical or horizontal, have a bit more than just a cafe and some offices?  Somewhere to buy cheap CDs, somewhere to try winning a soft toy, somewhere for teenagers to snog and grope one another?  If you can't chuck away ten quid in pennies trying to win a digital watch then it's not a pier.  It's also just plain ugly.  The council should have saved its cash for restoring the faded beauty of that old hotel building before it falls into dust.

I turned back into town and walked down streets that probably once housed B&Bs but were now blocks of bedsits: the number of doorbells on the front doors hinted at TARDIS-like interiors.  There was a war memorial, set in the gardens of a retirement home, which seemed a bit tasteless to me.  Surely that's just a daily reminder to the residents that their days are numbered? 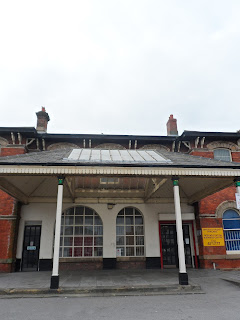 As befit its status as a holiday resort, Redcar was given a large central railway station to accommodate the crowds.  A long brick building with generous windows and a pleasing porte-cochere to keep you dry while you waited for your taxi.  Look closer and you got the truth. 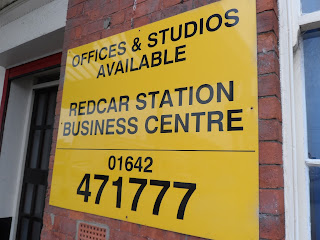 This wasn't the station at all.  It used to be the train shed, but now it was just industrial units; there was a whirr of anonymous machinery from inside while I scurried around.  The new entrance is about as downmarket as you can get. 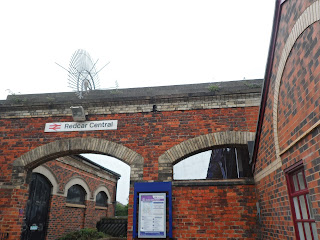 The platforms at Redcar Central are staggered.  Originally the eastbound platform was directly behind the station building, but when that closed in the 1980s a new one was built further along.  A footbridge connects the two. 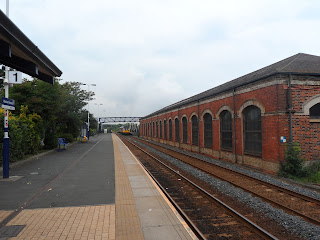 It gives the station the illusion of size without any actual substance.  Standing at one end at staring at the distant Pacer it almost felt like I was on a proper, big city station, just one that was extremely quiet for some reason. 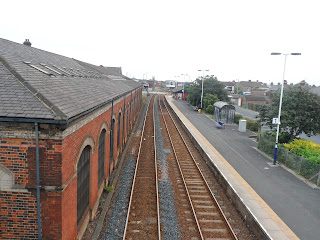 Still, at least they built a new ticket office, just about visible in the above picture.  It was a brick shed but it was somewhere warm to hide from the weather.  A jolly woman inside was chatting on her iPhone as I treated myself to an Irn-Bru from the vending machine.  It promptly squirted all over my fingers, leaving them tacky for the remainder of my trip back to Middlesbrough.  Still, everyone gets sticky fingers at the seaside, either through over enthusiastic pop bottles or candy floss or rock melting onto your hand in the sun.  It's another fine British tradition. 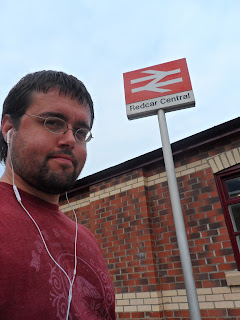 you better hope no one who lives in Marine Crescent knows your address, if they find out you said their houses were in Seaforth you might be getting some getting some unpleasant mail....at the very least

Another station which used to have a manned ticket office in the late 80s, from which I once bought my Student Railcard. Redcar was then quite a thriving town; now a deeply depressing dump.

as Dave rightly points out your I don't know your address, Marine Crescent is and always has been in Waterloo - more closely associated with Crosby than Seaforth