It's taken me longer to write up this holiday than to actually take it.  If you're interested in the Berlin leg, you can find it here, here and here.  And the train trip to Prague was covered here. 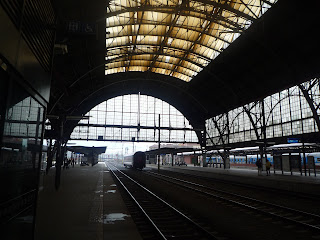 After the gleaming, shiny Berlin Hauptbahnhof, Prague's Central Station was a bit of a shock.  Rusty ironwork that stained the glass roof, dark underlit platforms.  Just not the same. 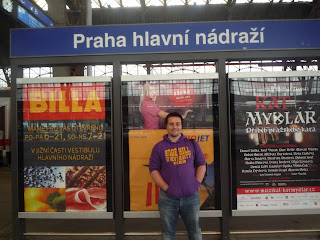 Down below, you enter a world of 1970s glamour, the type that smells of Brut and Joan Collins.  It was built by the city authorities thirty years ago on top of a park, incorporating a metro station below and a dual carriageway on top.  EU money has since been pumped into it to improve it (i.e. provide more shops) but it still feels  like the architect had a big handlebar moustache and a medallion. 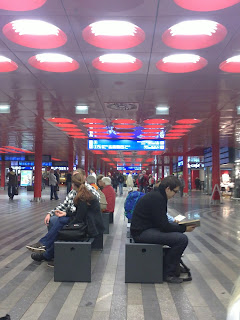 The worst thing about all this is, hiding behind the formica and plastic is a proper, old-fashioned railway terminal which has been allowed to fall to pieces.  Head up the escalators and you'll find the original ticket hall. 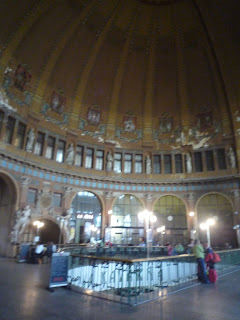 This gorgeous Art Nouveau dome opens out onto the ugly highway, and is now used only for a small cafe named after the architect, Josef Fanta.  It's been allowed to decay and fall apart, and is positively heartbreaking. 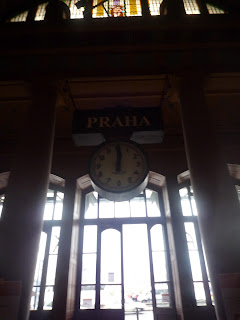 The clocks are stopped, the ticket windows are closed; there's a doorway onto the platform that no-one uses now there's a gleaming subway from the Seventies extension underneath.  It feels like it's abandoned and lonely. 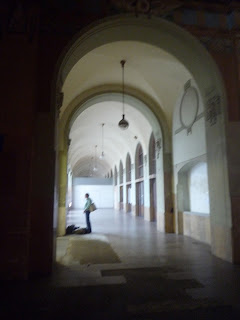 Weirdly it's not just curious train station fans and lost tourists who find their way up here.  Prague is in the process of building a railway line to the airport, but until then, there's an Airport Express bus every half hour - which departs from the porte-cochere entrance to this part of the station.  In other words, the city specifically sends foreign visitors up here to admire their inability to preserve this lovely building en route to and from the airport.  You have to admire their balls. 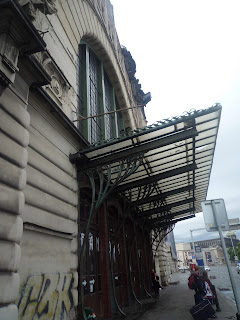 An Italian company was responsible for revamping the lower concourse, pumping the money in up front in exchange for collecting the rent for the next thirty years.  Apparently this part of the station is next to be refurbished, but there's a cynical part of me that wonders if it will happen.  In these "tough economic times", where's the money in making something beautiful just for the sake of it?  You can't cram any shops into here, and it's miles from the rest of the station.  I wonder if that phase will be put "on hold" for a bit (along with that mucky station roof). 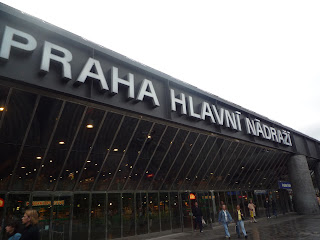 I hope I'm wrong.  I hope the next time I visit - and Prague is definitely worth a second visit - Fanta's magnificent hall will be back to its best, not the depressing mess it currently is. 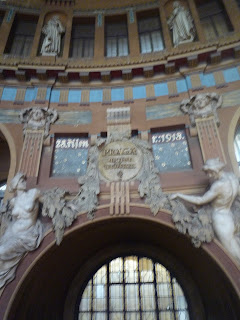