It pains me to say this, but Lego Lady has become kind of a bitch.

The tiny piece of internet fame she has achieved has gone straight to her little plastic head.  At first it was manageable.  After we returned from our trip to the Cumbrian Coast together, she insisted on moving into the biggest, best Lego house available: 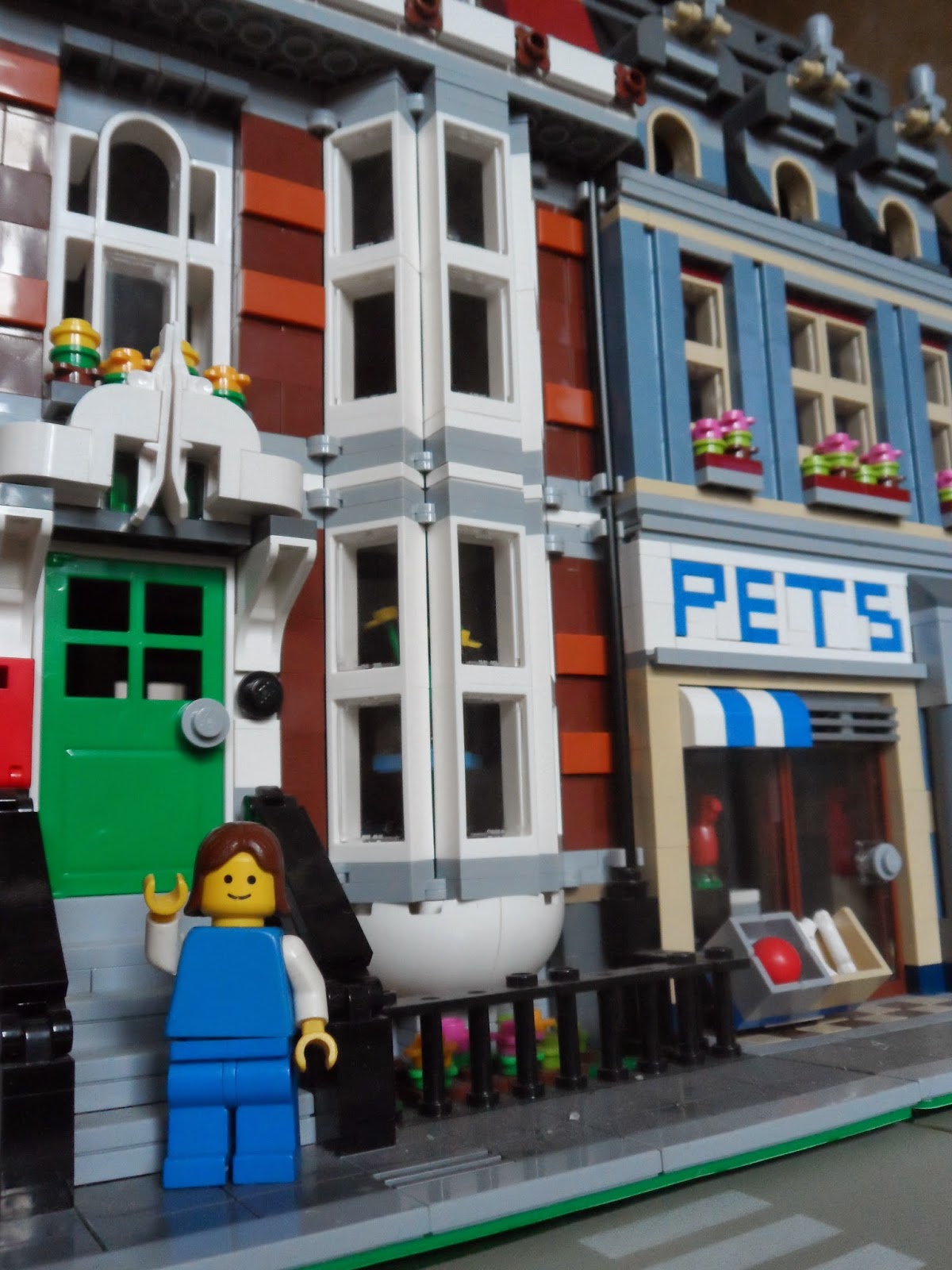 After that she wanted a better car: 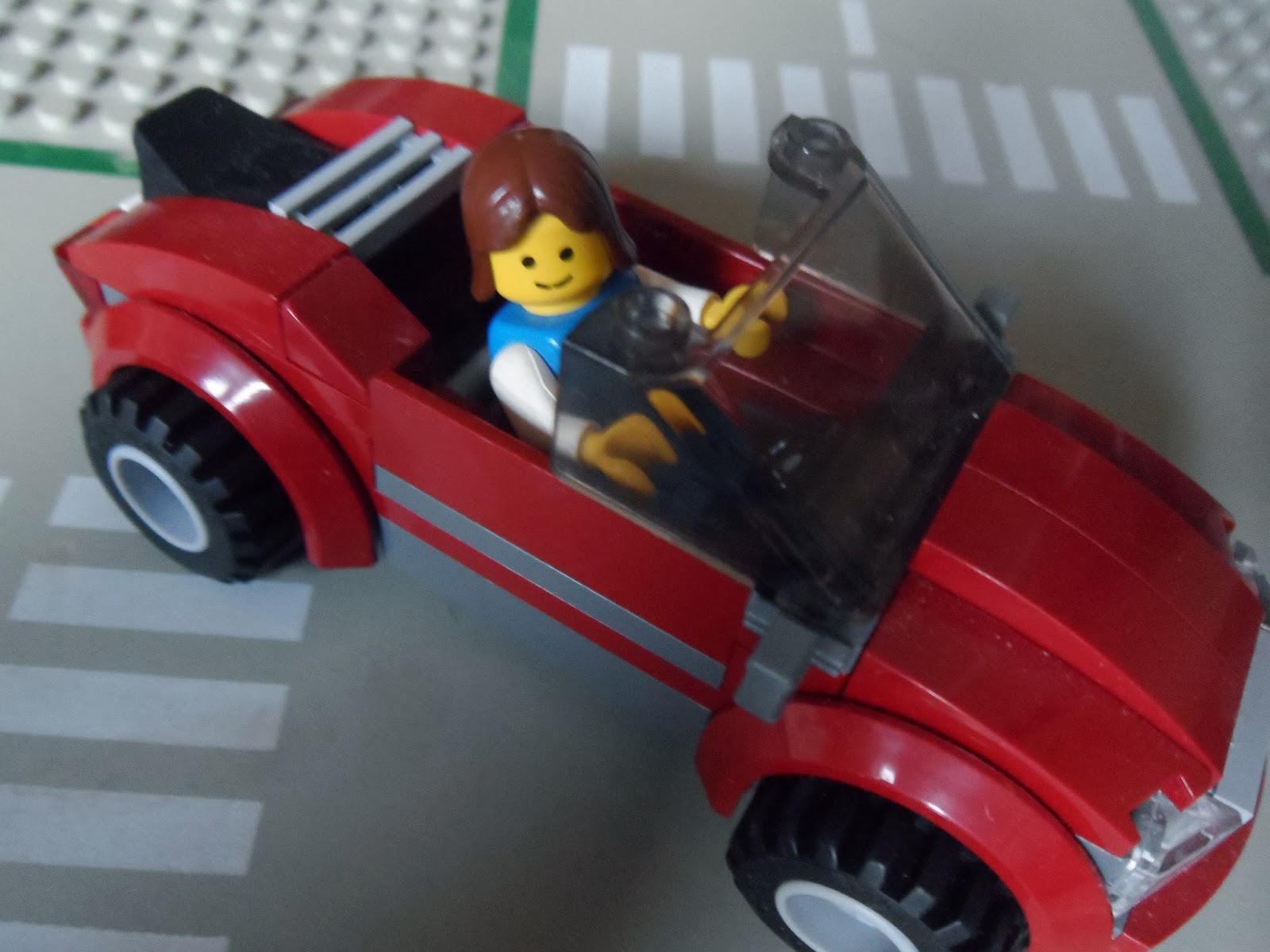 I should have stopped it there, but we've been friends for thirty years; it's hard to say no.  She complained she was lonely in her big house, so a buff manservant in a loincloth was acquired to bring her breakfast: 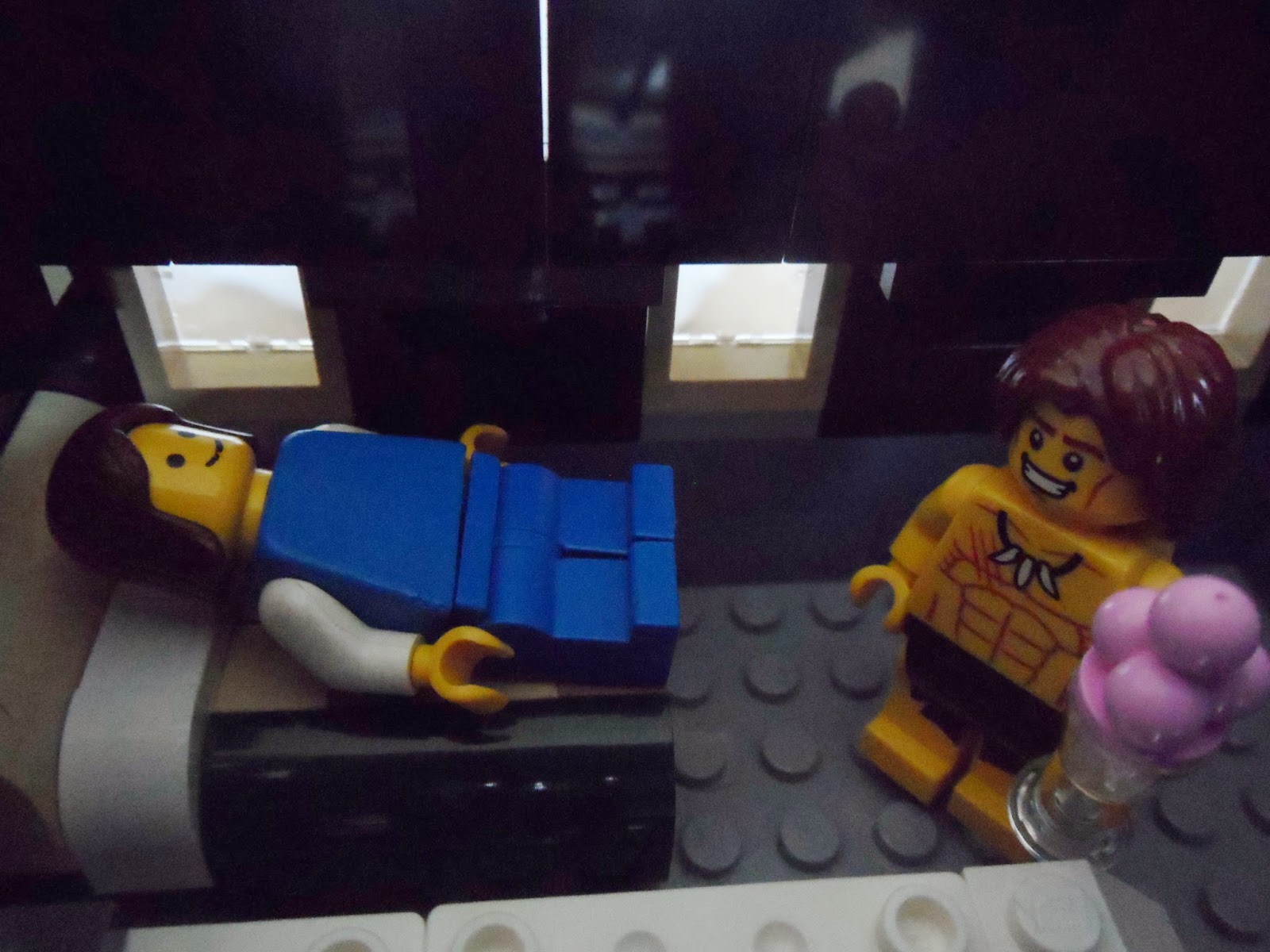 Now it's getting ridiculous.  She wanted the other minifigs moved out of her eyeline - they were distracting her.  She suggested that perhaps I should start knocking before I ripped off the roof of her home to see what she was up to.  Even a visit from the star of The Lego Movie resulted in embarrassment, as she actually used the phrase "don't you know who I am?", before claiming she had to have her mouth paint touched up and beating a hasty retreat.  Those were an uncomfortable few moments, I tell you. 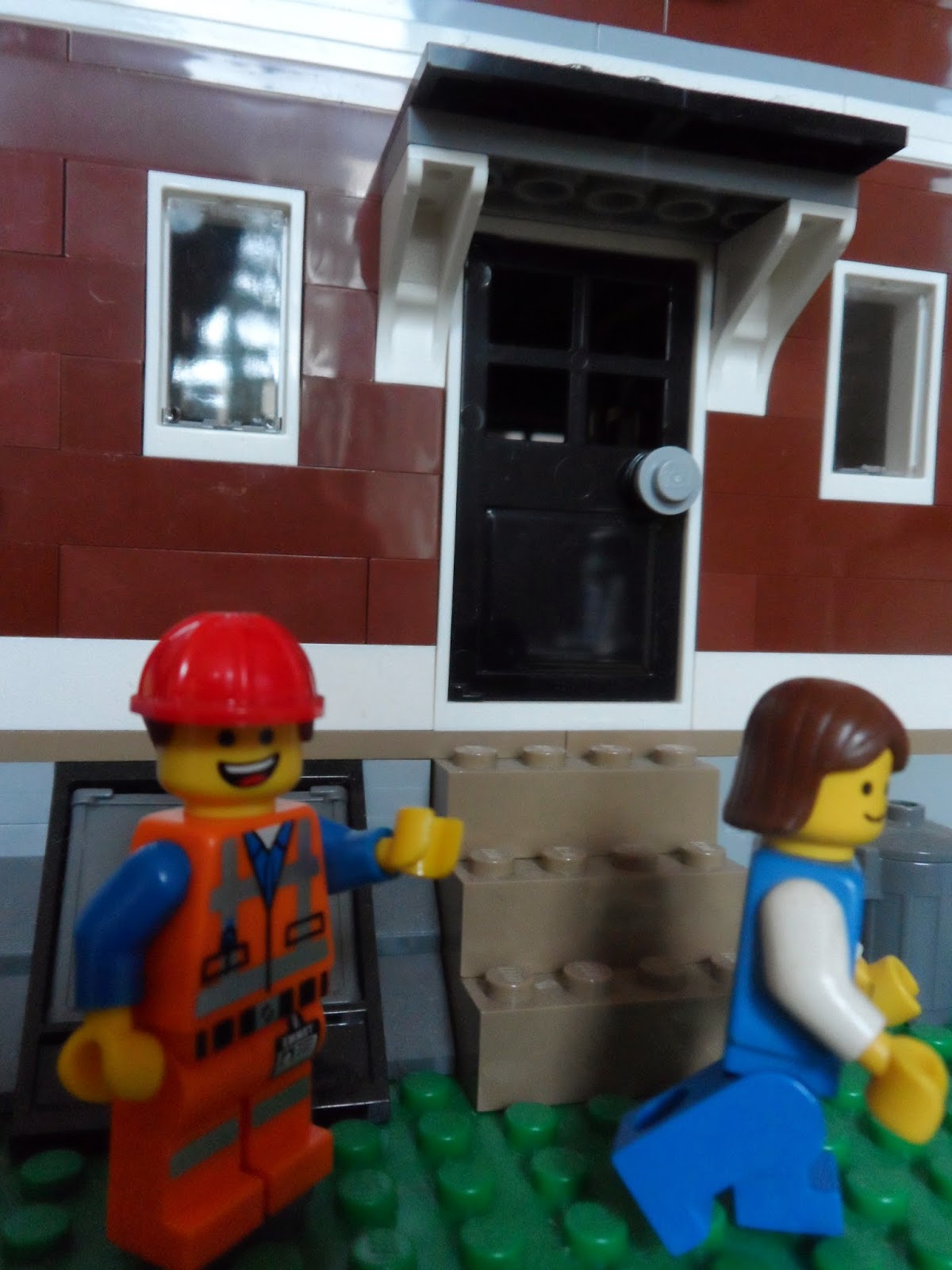 The right thing to do would have been to leave Lego Lady at home for this trip; that would teach her a lesson.  She didn't even wait to be asked, just began packing her tiny plastic suitcases with spare hair and legs the minute she heard me plotting.  In fact, I almost took my other favourite minifig, Ambiguously Gay Sailor, instead: 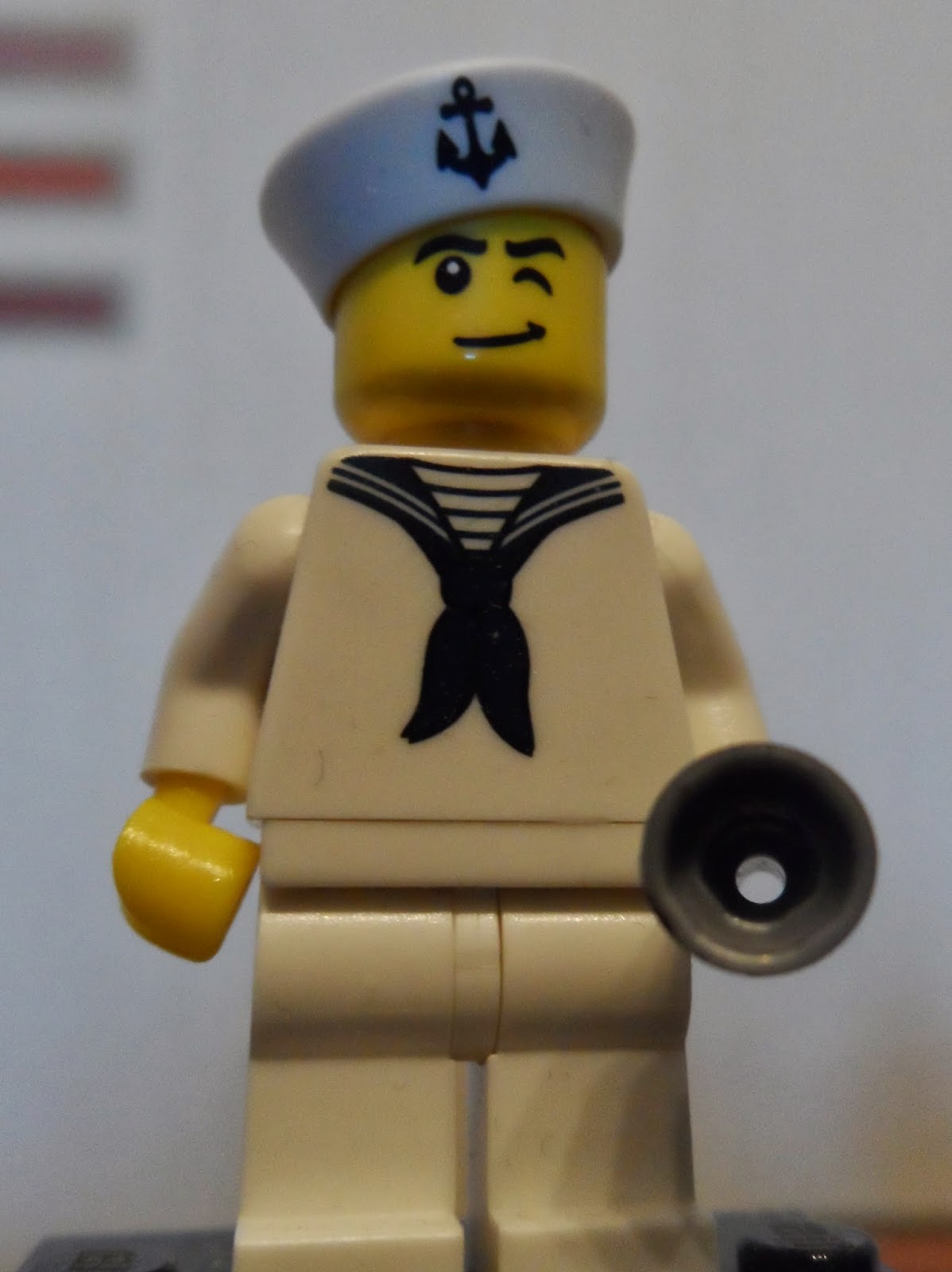 However, I relented at the last minute.  Perhaps a week in the wilds of Yorkshire will bring us together again.  Perhaps Lego Lady and I can bond amidst the scenic beauty of the rugged moors.  Perhaps we can overcome our differences against the stunning backdrop of the Ribblehead Viaduct.  Perhaps she will be humbled when presented by the awe-inspiring natural landscape and the miraculous engineering feats of Victorian railway builders.  It's a make or break trip for our relationship.

If it doesn't work, well, all I can say is it's very easy to lose a four centimetre high woman out there in the hills...
Posted by Scott Willison at 17:47

Ambiguously Gay Sailor can give me one anytime!

Hope it works out alright for the both of you