Let's get this out the way, shall we?


Yes, I had been on Ilkley Moor without a hat.  I suffer the repercussions to this day.  But Ilkley, the town, is very different to the "ee ba gum" idea that the song propagates. 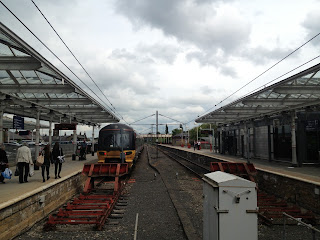 Ilkley station, for example.  Sadly it's a shadow of its former self.  Rebuilding and redevelopment have reduced the actual train-related part of the station to two platforms, only one of which really gets any use.  A plasticky kind of portakabin has been built to one side to handle ticketing enquiries, a perfunctory little box jammed in the corner. 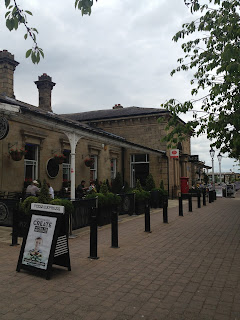 The rest of the station building has been given over to commerce.  You might expect, given Ilkley's reputation as the most Yorkshire of Yorkshire towns, there to have been a flat cap shop or a store devoted to whippet feed.  Instead, there was a Marks and Spencer's Simply Food, a Pizza Express and a coffee shop called La Stazione. 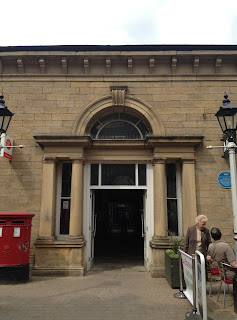 Ilkley is properly, resolutely, unashamedly posh.  It's tea and finger sandwiches instead of pints and barm cakes.  I wandered round the town centre, partly charmed, partly disappointed.  There were some lovely looking cafes and bars, and the streets were thronged with well to do pensioners and polite public schoolboys.  There wasn't a scally in sight. 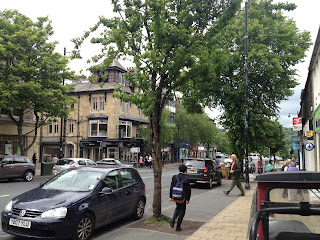 Which isn't to say that the town has abandoned its Yorkshireness for a kind of faux-Southern uppityness.  A small, local bookstore had an entire section devoted specifically to the county, its geography and its heroes.  Even the lowliest of cricketer seemed to have got an autobiography on the shelves.  I considered buying something - support your independent bookstore and all that - but they had prominently displayed a book called The Wit and Wisdom of Boris Johnson.  The idea of buying something from there suddenly seemed wrong, as though I'd be propping up a corrupt regime.  Instead I went to a gift shop a couple of doors down and bought a card for the BF's birthday.  At the counter, the husband and wife owners bickered over the amount of change in the till, oblivious to me wanting to pay until he snapped, "Serve this gentleman" at her and wandered off with the fivers. 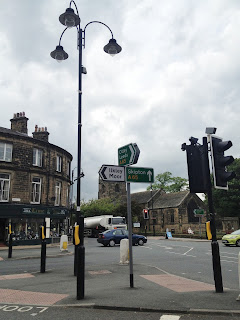 I nipped down a little side street, into tiny courtyards where there were more touristy shops and coffee houses.  One takeaway place was called Honestly Yorkshire, which was a bit on the nose for me.  A bit like calling your shop I Speak As I Find 'Cos I'm An Honest Yorkshire Lad, By 'Eck.

It was an interesting, vibrant little town.  There was a theatre and plenty to see and do.  I stayed a little longer than I meant to, meaning I would have to skip a return to Bradford altogether, and get the fast train home from Leeds.  I picked a pub for a pint of Tetley's Bitter and managed to pick the roughest place in town.  There weren't any flower baskets or gastro menus in here; just three big men at the bar and a life-sized mural of "Bully" by the dartboard.

A man, skinnier than the others, came in and stood by his mates.  "What'd you smell of?" said the men as he arrived. 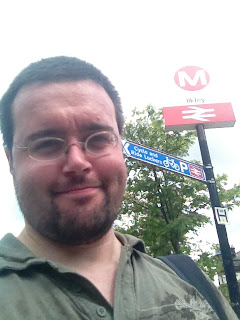 That animation is absolutely terrifying. Rape, decomposition, cannabalism - and all done with wild-eyed, jerky, half-crazed cut-outs. I shall never think of Yorkshire, Ilkley Moor or even hats the same way again.