Because I'm Worth It

This is the future, folks. As I write this, I am in fact whizzing my way down the West Coast Main Line. I'm actually blogging from a train: 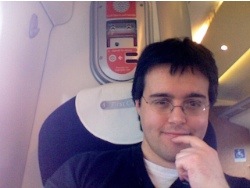 I'm on a Virgin Pendolino, headed for London for a weekend of fun and frolics, and because this is 2010 and the world is very whizzy, there's wi-fi - free, since I'm in First Class. I can thoroughly recommend it. Though unfortunately a woman with a toddler just got on at Runcorn, so I'm hoping I won't have to listen to some mewling brat for the next two hours. 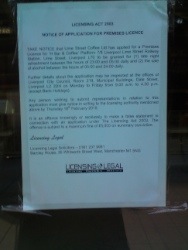 I can also thoroughly recommend the new First Class lounge, which I visited prior to the trip. In fact I went to Lime Street three quarters of an hour before departure time, specifically so I could visit the lounge and take advantage of all that top class hospitality. The shops on the cab road are still vacant, sadly, though there is a licensing application for a cafe/bar in the next one along. It's for another "H bar" as seen in the Ferry Terminal, and famously owned by ex-Atomic Kitten Natasha Hamilton. No, not the one who won Masterchef. No, not the one who flogged prawn rings for drug money (alledgedly). No, not the one who represented the UK at Eurovision as part of Precious. The other one. Hopefully it'll bring a bit of life to this area of the station and encourage other retailers to move in.

The Virgin lounge is actually accessed by ringing a bell and then holding your tickets in front of a video camera: it feels very James Bond, waving your passes at an unseen eye like Klaus Hergescheimer. Then the doors open and allow you into the sumptuous interior of the lounge. 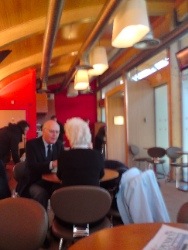 It's been very much designed to have the same feel as the First Class area of an airport: peaceful interior, comfortable leather seats, artwork on the walls. In fact, the painting on the wall depicts the very first trip on the Manchester-Liverpool railway, and was presented to the lounge by Merseytravel. 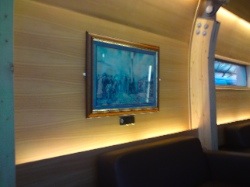 We're just passing through Crewe now which, thanks to me finishing my job, I will never ever have to visit again in my entire life. Gosh, it feels good to write that. The woman with the small child has moved to a different part of the train, thankfully, as she was just breaking out the crayons. 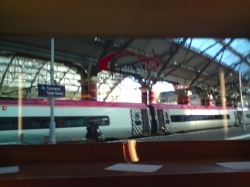 With all that pine and exposed beams, the lounge is a bit like being in a sauna, though admittedly one without naked people in towels (thank goodness, given the distinctly over 50 demographic of my fellow passengers). It has a very Swedish, calming effect on you. There's also a little bar that you can sit at to watch the trains coming in and going out again, for those executive class trainspotters.

Of course, the best part of all this is the freebies. Free food and drinks! Well, when I say "drinks", I mean tea and coffee and soft drinks, and when I say "food", I mean shortbread, tiny packets of crisps and pieces of Madeira cake that would be just big enough for Tiny Tears. And when I say "free", it's included in the £57 I paid for my ticket, but thinking like that just spoils the fun. I gorged myself on bite size cakes and cups of adequate coffee from a machine. There was free wi-fi in there, too, so I nipped on my iPod Touch to see who the nearest homosexual was on Grindr (there was a shirtless twenty year old 1.4km away, apparently). 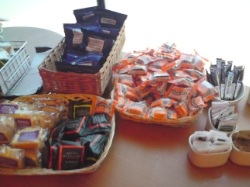 The drinks trolley just went past. I declined the Virgin cola - if you've ever tasted it, you'd understand why - but then I saw further down the carriage, she was doling out beers. I didn't notice there was booze on it. I feel robbed. 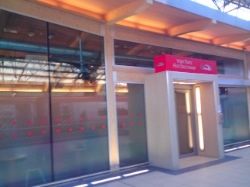 Anyway, I was finally able to wrestle myself away from the Orange Marmalade Biscuits to head for the train itself. The one thing I would complain about in the whole experience was that I had to queue up for the train with the plebs Standard Class passengers. I was hoping for an exclusive walkway, made out of gold, perhaps with one of those little trolleys with the flashing lights on the top to get me there. I bet Joan Collins doesn't have to ram her way through the gap with all the other no-marks to make it to the train. Then again, I bet the last time Joan Collins was on a train they had to stop at Rugby to take on more coal.

We've just stopped at Stafford, our last halt before the final mad dash to Euston. I have to say I'm giving Virgin top marks so far. The lap of luxury at Lime Street, the on-board wi-fi, the comfy seats, the general lack of irritating students taking up three seats with their backpack. Now if you'll excuse me, I have a Somerset Brie and Cranberry & Orange Confit roll to eat... 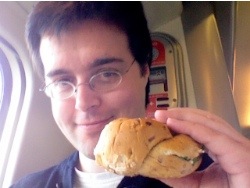 I once went First Class from Liverpool to London on a Sunday because it somehow worked out cheaper than a standard ticket. They didn't have trolley service but you could walk down to their fancy shop (which felt like half a mile away) and pick up a load of free food and drink from the exclusive first class fridge. I'll never forget the little bottles of vodka they had! I had a great time! Another time I went first class because it was only 50p more expensive and I figured with all the free food and drink I could make that 50p back in a second! Sadly it was the only direct train that day as there were engineering works going on so the carriage ended up being packed with "commoners" and we only got a free bag of crisps!

Did you visit 'the facilities' while you were sampling the Lime Street lounge?

you will see a photo of the loo about half way down the post. That would make you feel even more like being in a sauna.

Note the extractor pipe that appears to be directly over the business end of the facility. How subtle!

Oooh get you. Does the first class bit of the train smell of wee, like all of Virgin's standard class carriages?

No, it smells of frankincense, money and the soft flowery dawn in an Alpen meadow. They specially ship in bottled air from Switzerland and spray it across the carriage before they set off.

I did visit the toilets but fortunately I didn't notice the extractor until after I'd done my business, otherwise I might have been too nervous to - ahem - perform. It reminded me of the gunge tank from Noel's House Party. I would have been waiting to be splurged.