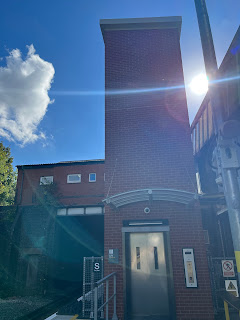 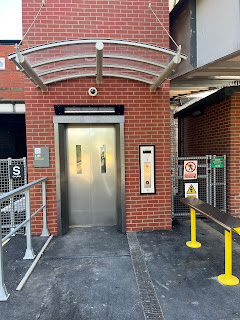 This is news because there's never been a lift at Birkenhead Park station before.  Previously, to get from the street to the platform, you had to go down a stepped ramp.  This is a compromise between a staircase and a ramp that ends up pleasing nobody; yes, it's easier to negotiate than an escalator, but you still wouldn't want to push a pram up it. 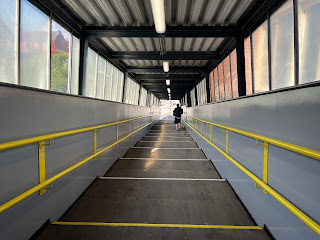 The lift has been under construction for about fourteen years but it opened a couple of weeks ago and means that, combined with the new trains and their sliding steps, if and when they eventually arrive, the station is completely accessible for users with limited mobility.
It's another stage in Birkenhead Park station actually fulfilling its potential.  I have a vested interest, of course, because it's (sort of) my local station - I'm a person who travels on Merseyrail all the time yet has managed to contrive to live quite a long way from a Merseyrail station.  However, I do feel like Birkenhead Park should be at the heart of a proper, regenerated community. 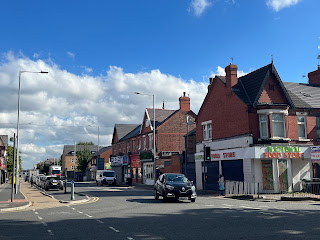 It's already got the bones.  The station, with its fast, frequent trains to Liverpool, Birkenhead town centre, New Brighton and West Kirby.  That sits at the centre of a local shopping precinct with a mix of businesses - furniture shops, takeaways, bakeries, even a store that sells - let's call it "paraphernalia", shall we?  It's got the park over the road, plus a lot of terraced houses, and the docks in the other direction.  The Tube has dozens of spots like this, places like Shepherd's Bush and Clapham and Elephant & Castle. 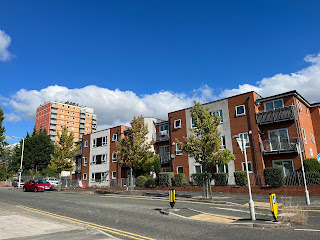 What it's not had, until fairly recently, was hope.  It was abandoned and falling apart.  This was a part of town with high unemployment and a general air of sadness.  That seems to be changing, just a bit, as two new apartment blocks have been built on empty lots.  They're a mix of social housing and rent to buy and they're clean and modern and have brought an influx of new residents.  A neat little housing development has been slotted in behind a carpet warehouse, modern homes with gardens and driveways based around an open green space. 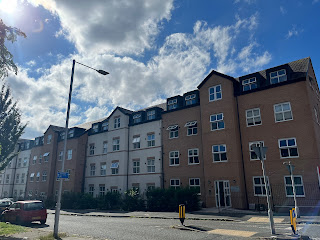 There should be more of this.  Developers should be fighting over these spots.  Imagine you're a young professional, wanting to buy in Liverpool, not being able to afford it.  Birkenhead Park would be a great place to live.  A proper community, plus easy access to Liverpool itself, plus Oxton and Claughton within walking distance.  Gentrify it now! 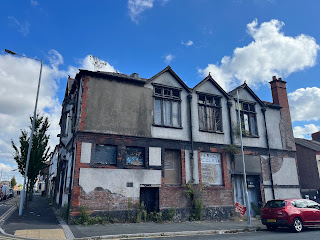 Admittedly there's still a way to go.  There are more than a few abandoned and derelict buildings scattered around.  The closer you get to the docks, the more working industry there still is.  And let's be honest, it can still be a scary place from time to time - my wander around the station area was interrupted by a gentleman who was clearly under the influence of something screaming abuse at his "mate" as they crossed the road. 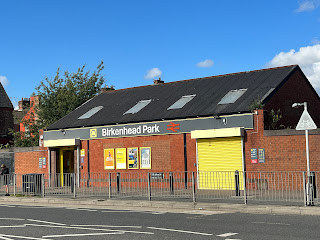 However, with a national housing shortage and a cost of living crisis, squeezing more and more density into our towns should be a priority.  Building right next to a commuting hub is a no-brainer.  Get on with it.
Posted by Scott Willison at 15:13