Fire Walk With Me

I have a gas fire in my living room.  It was operated by remote control, but that stopped working about five years ago, and ever since then we've been all "we really should get that fixed."  Well, a week or so ago, we finally got a man out to look at it, and he said "oh dear GOD, what was installed here, this is all ILLEGAL, you have no chimney liner, you're lucky you weren't GASSED."  Which was quite an afternoon, let me tell you.

So we ended up in Saltney looking at replacement fires and, as is my wont, I ended up looking at railway stations.  Saltney is a small town on the very edge of Chester.  It bleeds across the border from Wales into England; the English side is classier looking, but the Welsh side has an Asda, so who's the real winner?  (When I worked for Chester Council I used to get people who'd bought properties in Saltney phoning up to register with us and they were almost inevitably horrified when I informed them they were on the Welsh side). 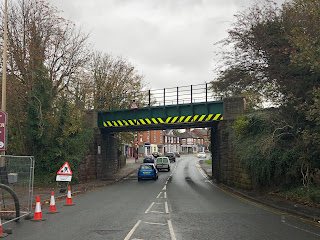 The appropriately named Boundary Lane is the actual border between the two countries, but it's easier to refer to the railway line as a marker post.  The Chester to Shrewsbury line shadows the border on its way up from Wrexham and at Saltney it's a handy demarcation point.  The line then progresses to Saltney Junction, where it joins up with the North Wales Line and proceeds into Chester station. 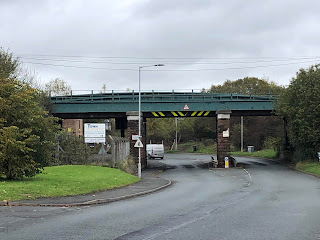 As a town on the edge of a conurbation, where a large river prevents easy road access to the city centre, you'd expect Saltney to have its own commuter railway station.  And it did, for nearly a hundred and twenty years, from 1846 to 1960, when the passenger station was closed.  The goods yard was shut up seven years later, and since then, the only way to get from Saltney to the centre of Chester is via road across the congested Grosvenor Bridge. 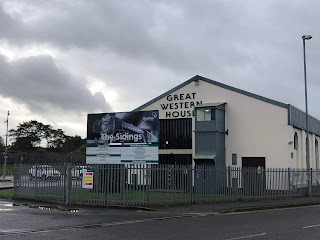 What's left on the site of the railway station is a business park that has, in a kind of twisted logic, been named after the railways.  The Sidings features four buildings; Great Western House (the former carriage repair shop), plus Mallard House, Pullman House and Scotsman House.  It's as if they built a housing estate on top of Hyde Park then named all the roads after the trees that were chopped down to build it. 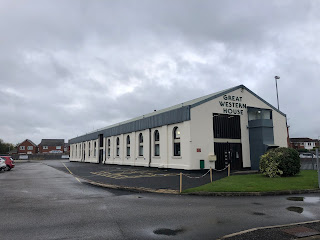 Obviously, the world of Britain in the 1960s was a very different place.  Trains were big annoying steam things that were a hundred years old; you had to follow their lines and their timetables and buy a ticket.  They didn't have the freedom of the car.  Now, as you edge through a traffic-choked Curzon Park to the Chester ring road and hope and pray you can find a space and then pay an exorbitant sum of money for the privilege, the idea of a fast train into town seems very appealing. 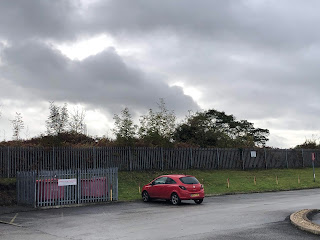 Strangely, there's never been much of an idea to reopen Saltney station.  I did find a twelve year old report suggesting that opening a station at Lache, a mile or so to the south, might be an idea; that would enable a park and ride facility, and would be close to the Chester Business Park and a proposed bypass.  The fact that the only mention I can find of this station is in a twelve year old document should give you a clue about how active a proposal it actually is, though I really hope it gets built, because then Chester will have a station to the north called Bache and a station to the south called Lache and that kind of thing amuses me.

So there you go: Saltney.  It used to have a station, now it has a small business park.  As for the fire, we've decided to get an electric stove.  The good thing about electric stoves is they don't murder you while you sleep.
Posted by Scott Willison at 21:47

Thanks for the interesting post. Worked in those buildings in Saltney when it was Geochem back in the 80s/90s But there's probably another reason why it isn't residential.....