Birkenhead Park is my local Merseyrail station, and I'm sneakily proud of it.  It's nice that my "home" station has a bit of history and prestige to it, rather than being just another tedious halt.  The ticket hall is a bit of a disaster, but that's not their fault: blame the Germans for that.  There's a little row of shops outside, as there should be by all urban railway stations, and it's got a fair amount of special treatment over the years.  Birkenhead Park has not one, but two ALFs, and some artwork by Stephen Hitchin. 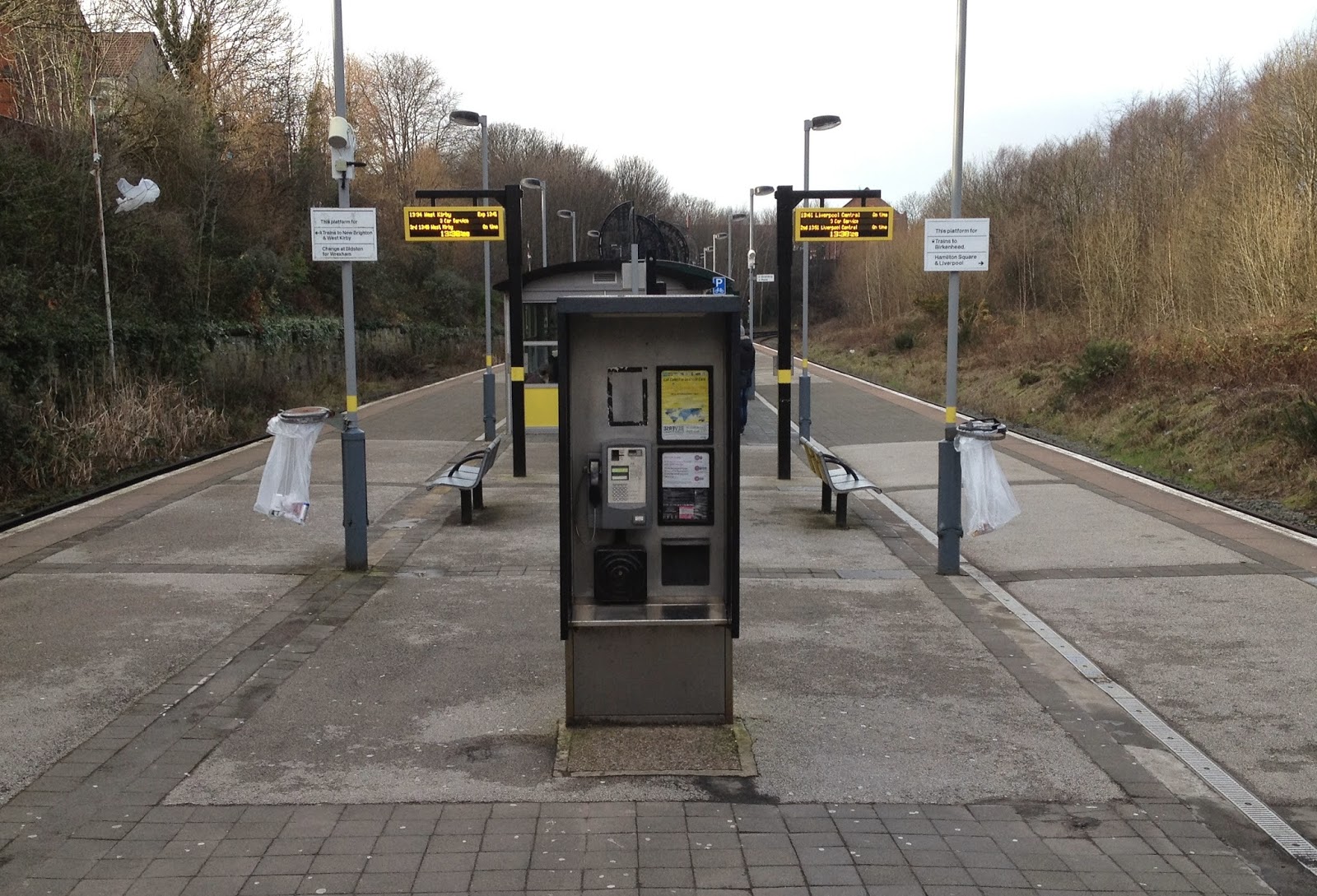 Plus, and I realise this may be something only I appreciate, it's symmetrical.  Come down the ramp from the ticket hall and the island platform is neatly mirrored on both sides.  Utterly pleasing.

Or at least it was.  As part of the "upgrading" of the station, Birkenhead Park lost its distinctive shelter, built in the Eighties, and instead received one of those off the shelf ones that are springing up all over the network.  Fair enough; the new one is a sealed unit, so it's a lot warmer on windy February mornings than its open predecessor (though I note that one of the doors is broken already).  Behind it, there's a secure cycle storage unit.  I have yet to see any of these cycle cages occupied by more than one bike at a time, but never mind that.  The important fact is, the two new additions are not centred on the platform. 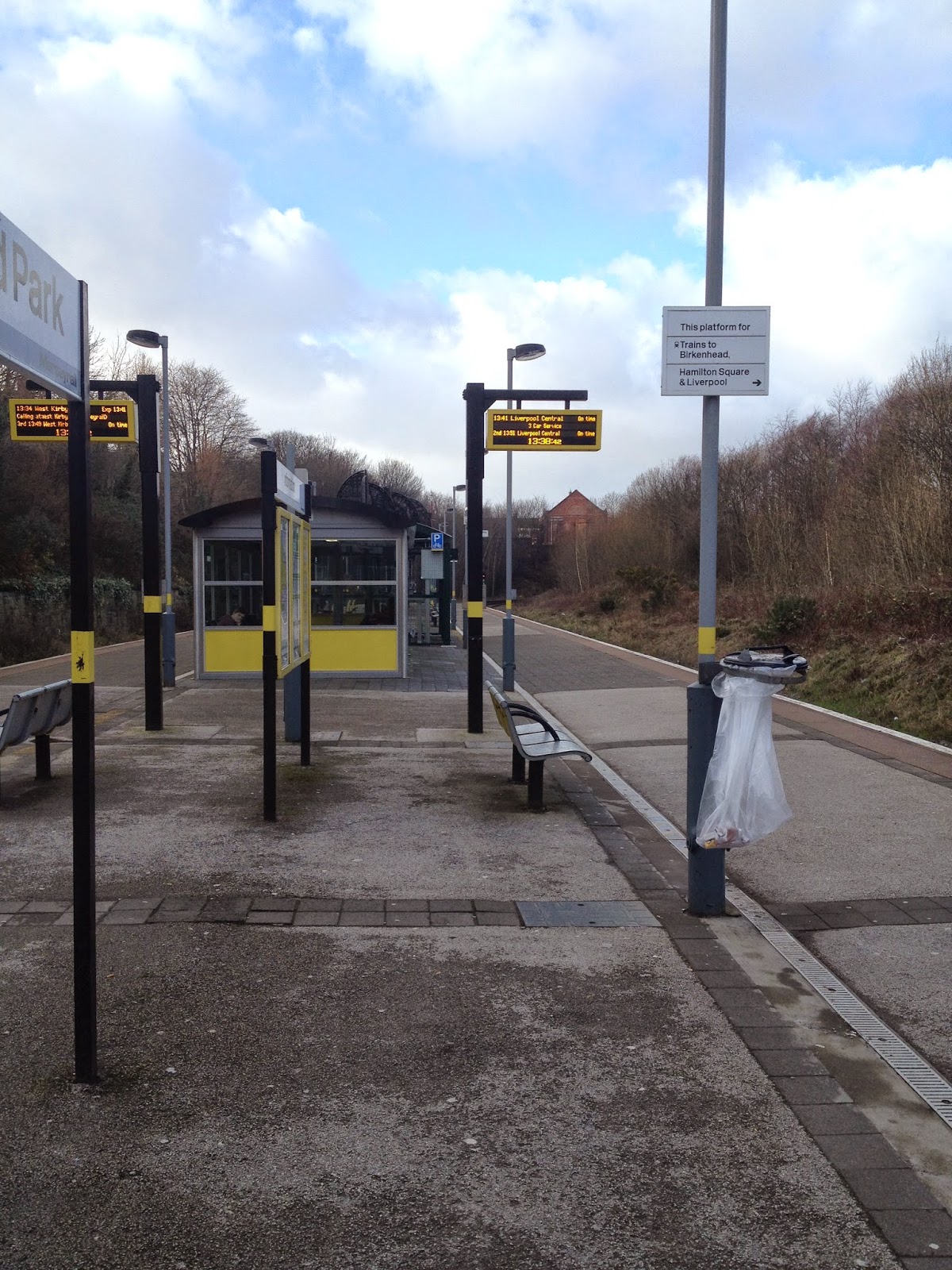 The fault lies with the new passenger shelter.  It's been aligned with the bricks on the West Kirby-bound platform, rather than centred properly.  They might have got away with it if the rest of the platform were not so regimented in its symmetry; the noticeboards give you a plumb line that means you can spot a deviation. 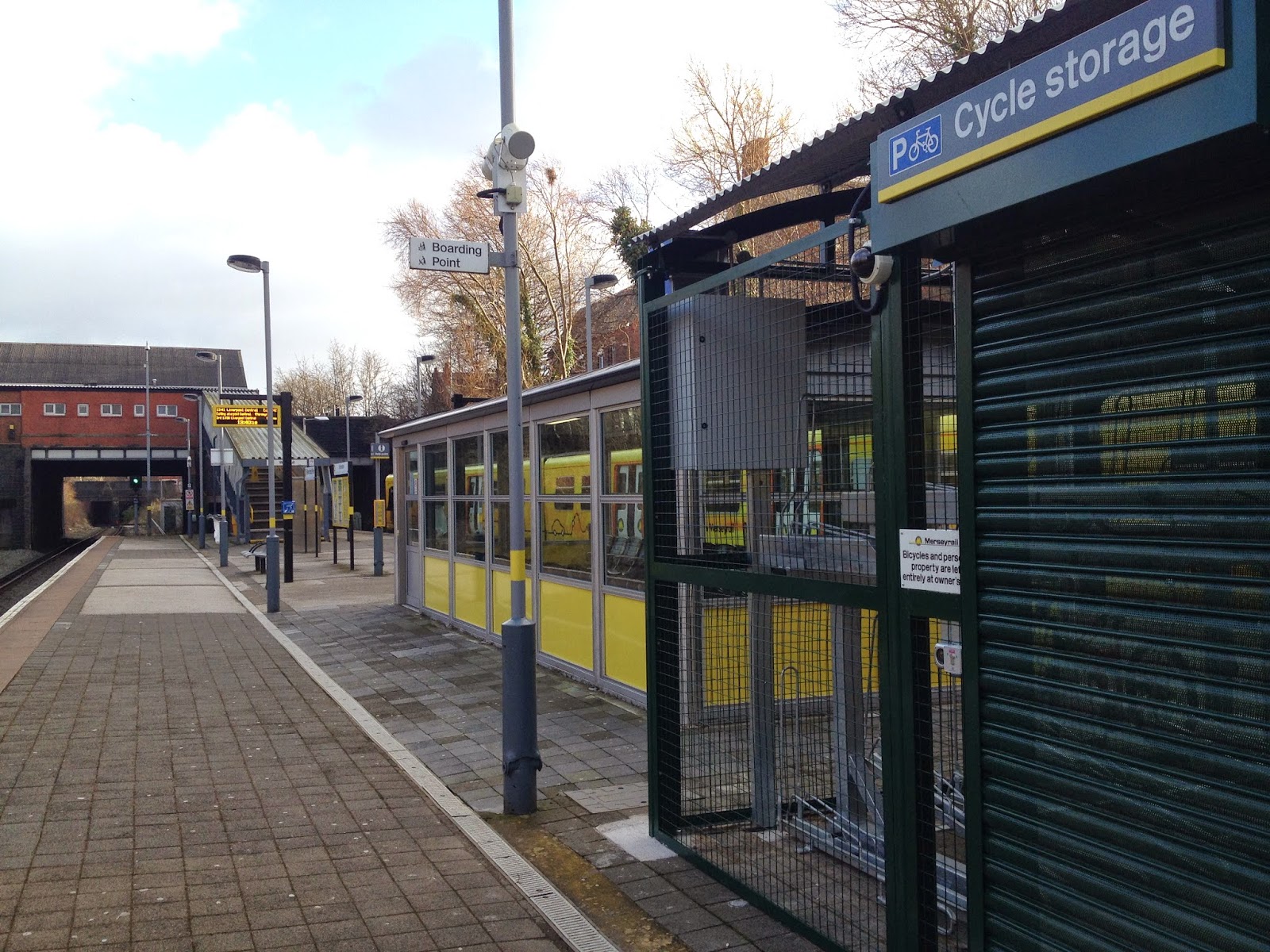 The cycle storage - which is wider than the shelter - compounds the error.  It pokes out from behind, but only on one side.  On the other it's flush with the edge of the shelter. 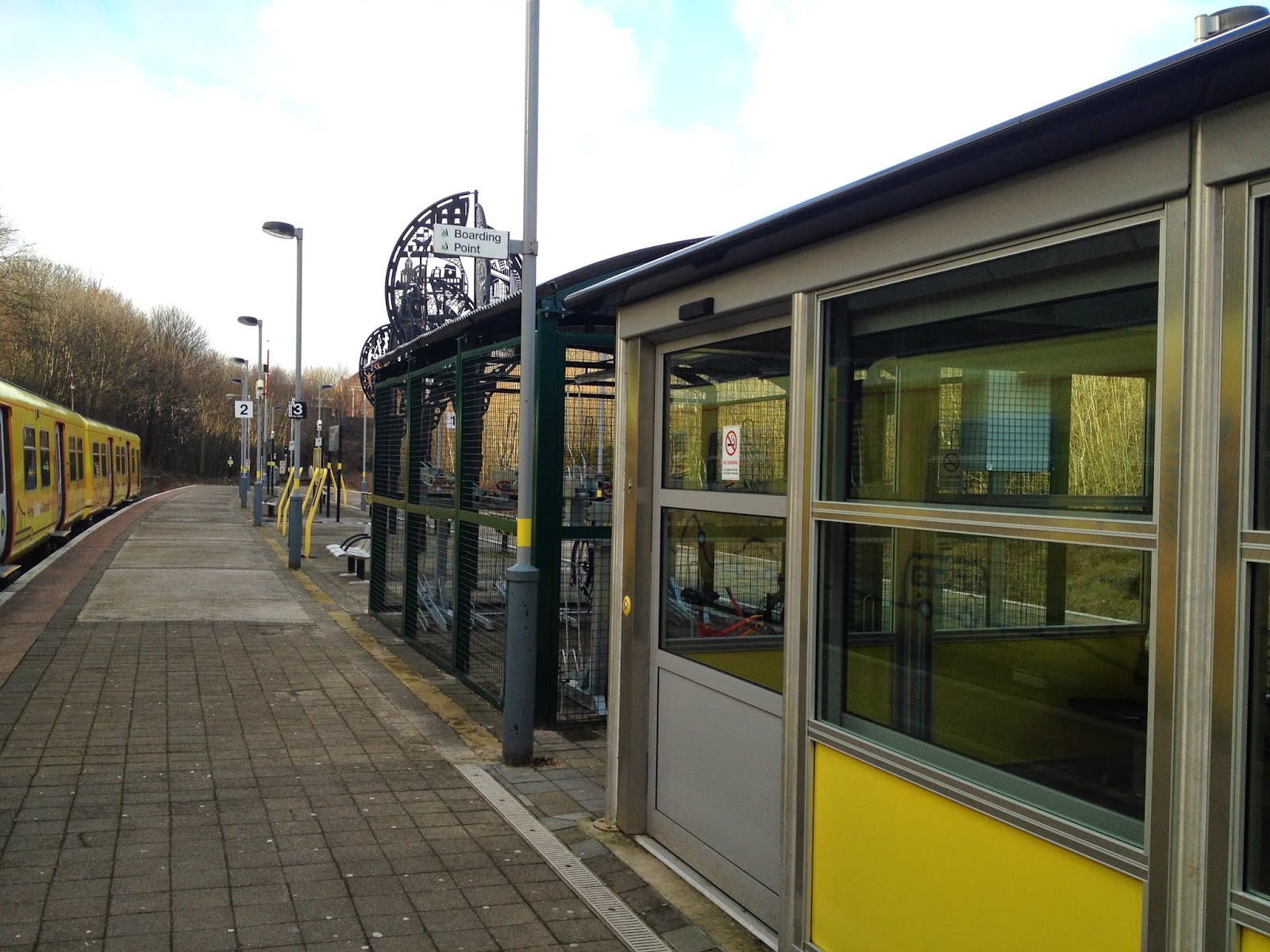 It is absolutely infuriating.  Every time I walk down onto the platform I see it.  It makes my teeth ache.  It makes me angry.  If I was the Hulk I'd rip that shelter out of its footings and slam it back into the concrete about four inches to the right.  Sadly, I'm not the Hulk.  I'm just a slightly mentally ill idiot who might have to start using Birkenhead North instead. 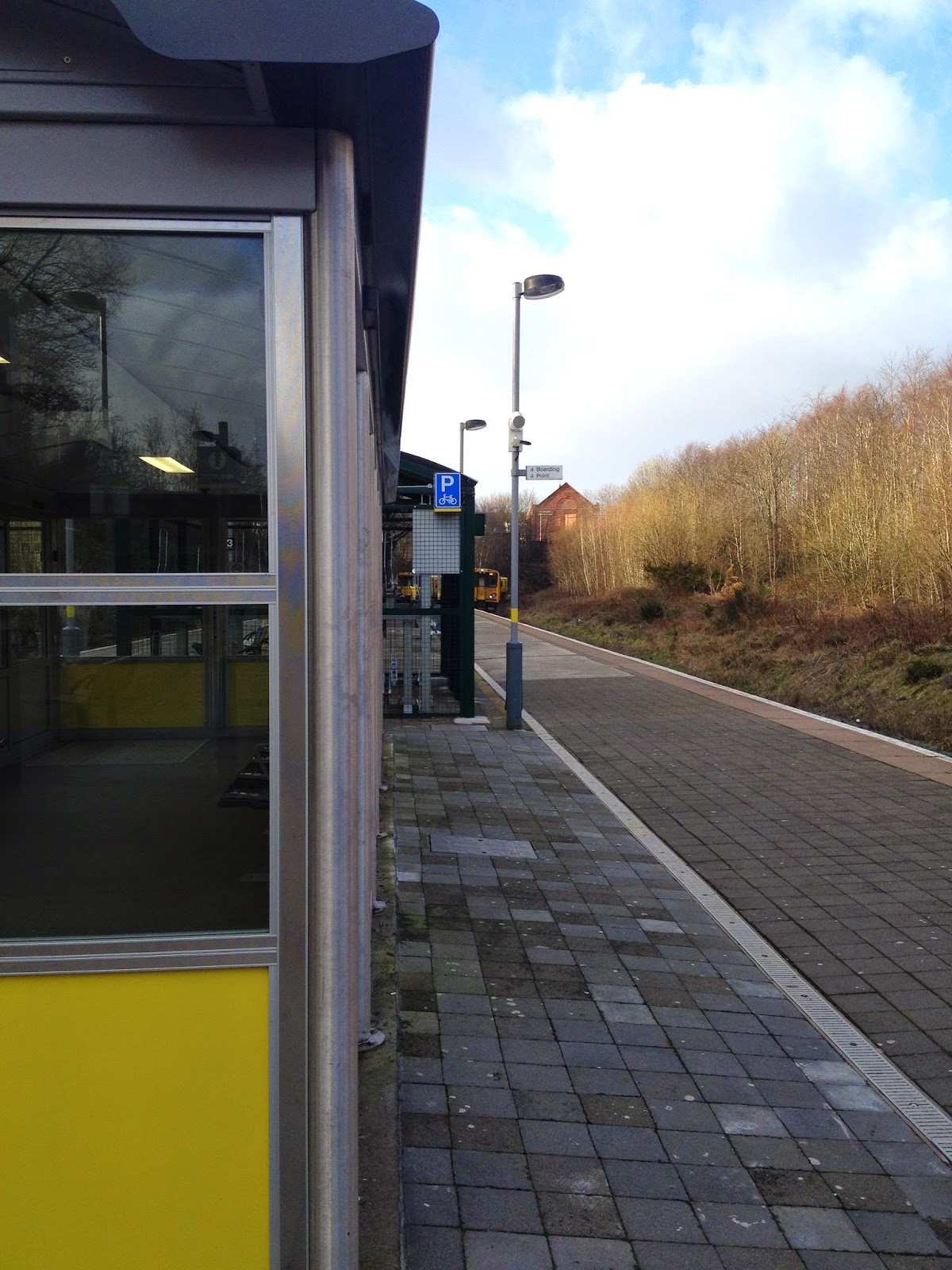