For reasons far too dull to go into here, I found myself in Manchester with a few hours to kill.  Immediately my thoughts turned to tarting, and to perhaps collecting some of the lines that radiate out from Piccadilly.

Thing is, it's not that simple.  The Northern Rail map makes you think that those are simple, easy to collect stations, but they're not.  Almost every line featured quirky service patterns.  A station that only gets two trains a day.  A line where the stations are served by two different services, each of which skips selective stations.  Stations which are only served when Jupiter is in a rising Pisces.  That sort of thing.  Eventually I gave up poring over the timetables and headed to Buxton.

As the terminus of a line, Buxton seemed like a nice place to go for a one off trip.  It's a pretty town, and I thought that I could wander out into the countryside and collect the enticingly named Dove Holes if the mood took me.  Unfortunately, somewhere outside Stockport, a cloud crash landed into Derbyshire; the whole county was smothered in a thick, white mist.  I didn't fancy wandering around in that.  It looked like it would be just the one station then. 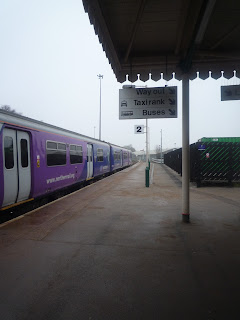 Fortunately it's a good one.  The coming of the railways caused the genteel residents of Buxton to clutch their collective pearls.  They'd seen what trains had done for other towns - grimy smoke, an influx of the working classes - and worse, ugly station buildings.  Two train companies, the Midland and the London & North Western Railway, were threatening to put termini in the town, and they were afraid that what the corporations built wouldn't be in-keeping.  The locals intervened, picking a site for the railway and then commissioning Sir Joseph Paxton (of Crystal Palace fame) to build the stations. 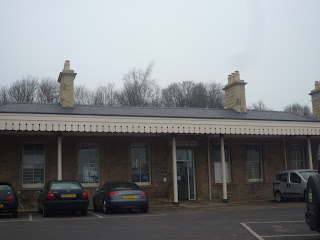 Yes, that was stations, plural.  Since there were two railway companies involved, Buxton would need two station buildings, two sets of platforms, two ticket offices, and so on.  Paxton's solution was a symmetrical pair of buildings, facing each other across a courtyard and connected with an archway.  At the front end of each station he built a large fan window surrounded by the name of the company. 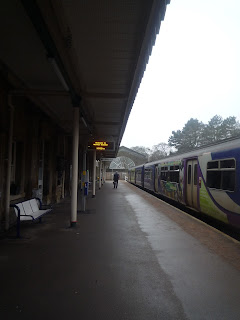 It wasn't, if we're honest, the best use of resources for a small town in the Peaks.  The rationalisation, and then nationalisation, of the railways reduced the need for the extra facilities further, and then Beeching came along to deliver the killer blow. 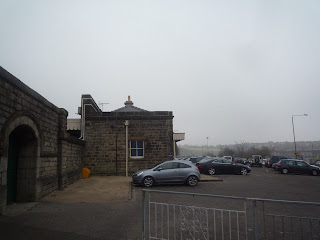 Only the LNWR building, on the left hand side of the site, still remains.  It has two platforms but no roof.  The Midland building was closed and, after a brief attempt to build a heritage railway there, it was demolished and turned into a ring road - perhaps the ultimate humiliation.  The stone buttresses of the station building still remain, but now they form the edge of a car park. 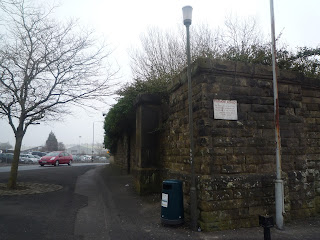 It also meant that Paxton's fine window was lost.  The LNWR one is still there, and has recently been restored, though since the roof over the platform's gone it's a bit pointless. 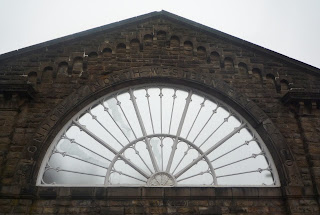 I crossed the ring road alongside a man who pressed the button on the pedestrian crossing with the tip of his umbrella.  Yes, Buxton's that posh.  We headed down the hill and came out in the centre of town.

It has all the grandeur and beauty you'd expect from a former spa town.  It's like a miniature Bath, only without the men dressed as gladiators stomping all over the place.  I hunted out the Opera House, a gorgeous building alongside a park and suitably epic. 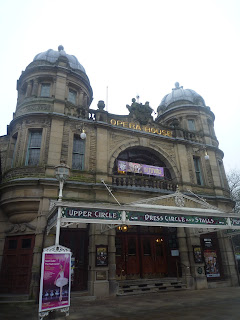 What's that?  A production of Little Voice starring Liz McDonald AND Ray Quinn?  I'm THERE.

Strangely, Buxton abandoned its spa heritage in the 20th century.  I wandered over to what had once been the Hot Baths, and was now the Cavendish Shopping Centre. 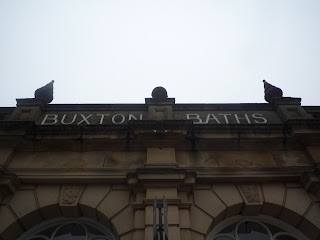 I should have realised that having a shop called Divine Trash at the entrance was a sign.  This fine Victorian building had been carved up into tiny cubes, only half of which were full.  They sold expensive, unpleasant clothes, stuff that only the most bored WAG would buy.  It was disheartening to look past the displays of silk scarves to take in the classic tiling and architecture from its bathhouse days. 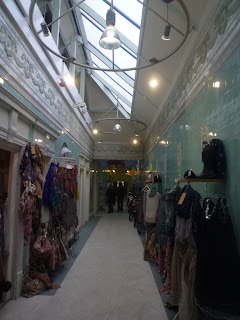 The developers of the shopping centre did get one thing right: a new glass roof was commissioned to cover the central atrium.  Designed by Brian Clarke, the roof is watery and elegant, its blue panes soothing you as you pass under. 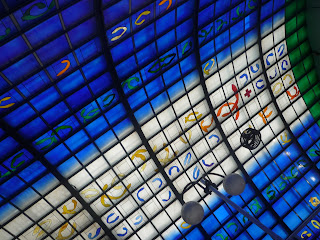 I left the arcade by Pizza Express.  I'd been to Buxton once before, about five years ago with the BF.  As we'd passed the window of Pizza Express, I spotted Rhona Cameron in there, having some lunch.  For those of you too young to remember, Rhona Cameron was a "comedian" who was briefly famous around the turn of the millennium: her schtick was that (a) she was Scottish and (b) a lesbian.  She was like Susan Calman, without the likeability or the jokes.  If she's remembered at all, it's for her titular sitcom, which also starred the infinitely funnier Dave Lamb and Mel Giedroyc.

Anyway, Ms Cameron was in there chomping on a pizza, and I murmured to the BF as we passed that we were in the presence of F-list celebrity.  "Where/" he said, turning back and staring right at her through the window, like she was a gibbon at Chester Zoo.  He's not subtle.

There weren't any celebs in town that day, not even Beverley Callard taking some time out from Ray Quinn, so I went to Caffe Nero for a chai latte and a panini. 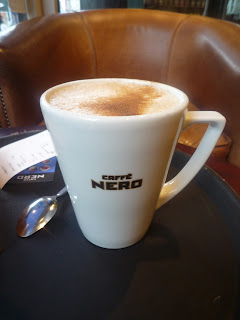 Refreshed, I walked to the other end of the dinky high street to find the railway viaduct.  Though Buxton is the end of the line for passengers, there's a second line (the old Midland line in fact) which is still in use for freight.  A mighty viaduct rises up over the bottom of the hill to carry it over the town.  Looking at it, you can see why the residents were so worried about what kind of station the railway companies might throw up. 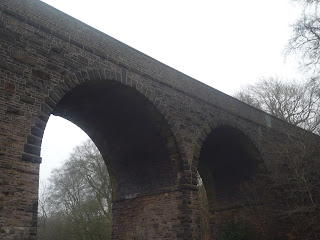 Before I left, I wanted to find the original spring, the source of the town's wealth.  Ian had visited it before, and he'd rightly been outraged by people turning up in 4x4s to fill 2 litre bottles with the spa water.  As I reached the water fountain, a woman in a large BMW crashed up against the kerb, then nipped out to fill her bottle.  Worse, it was a Highland Spring bottle - she couldn't even splash out on a Buxton one.  I think she caught my look of disapproval as she left, because she looked suitably shamefaced. 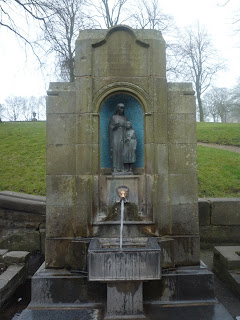 I tasted the water from St Anne's Well, cupping my hand under the flow.  It was warm, which surprised me but makes sense, and had a strangely tingly sensation to it.  It was probably just psychological, but it both tasted like water and didn't.  There was a slight tang.  Buxton's rediscovering the importance of its water; the Crescent opposite the well is being redeveloped into a luxury hotel and spa.  I'm pleased.  It's a lovely little spot, and going back to the source (so to speak) of its riches seems absolutely right.  I wiped my hand down my jeans and headed back up the hill to the station. 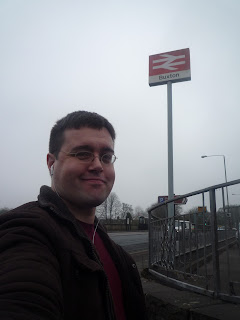 I had a drink in that same Caffe Nero when I visited Buxton a few months ago.

I know it was out of season (November), but did I have to be made to feel so out-of-sorts?

The Caffe Nero was staffed by just one girl at lunchtime, which was odd, and caused a hell of a queue. But, yeah, they did seem to know all their patrons. They also said "thanks, bye!" to me as I left, which I didn't realise was directed at me until I was out the door and made me feel embarrassed for ignoring them. Friendly bastards.