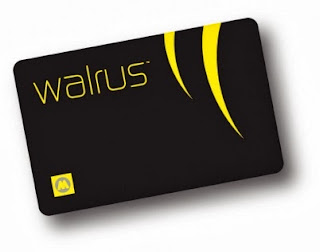 Steve Rotherham, Mayor of the Liverpool City Region, made an announcement today:

“Today I am announcing the start of a new era for smart travel for the Liverpool City Region.

“Our city region already has more than 400,000 journeys per week on the Walrus card, the largest scheme outside London, but I’m not satisfied with being the best of the rest.

“Right now, our ticket system overall is a confusing mix of prices and products, with the challenge put to the travelling public to find the cheapest price – if they can. We need to change this by making catching a bus or train as easy as possible and ensuring that passengers know they are not being ripped off.

“The first step will be the phasing out of Walrus to be replaced with a new MetroCard, with the ability for tickets to be bought online, coming in the next few months."


Yep, the Walrus is dead.  And let's be honest, this was a mercy killing.

Merseytravel's very own smart card, the Walrus, was announced to the public back in 2011.  This bit of plastic would take every form of ticket available - season, day, single journey.  It'd be smart and updateable.  It'd be valid on every form of transport across Merseyside.  By 2012 it'd be used by season ticket holders, and by 2013 it'd have pay as you go.  The future was coming.  I was so excited, I actually typed a blog post from an airport departure lounge on my phone; I really had to get down how keen I was for this to happen.

Time moved on, and the Walrus didn't appear.  And when I say time, I mean years.  It was late 2014 before they started creeping out, purely as a method for holding the Saveaway.  You couldn't load them online; you couldn't buy them in advance; there was no personal details held, so you couldn't check the usage.  It was a bit of plastic you handed over when you bought a Saveaway - and keep the receipt, because hardly anyone had a way of checking if it was valid.  And you had to go to a PayPoint shop to buy it, because the buses couldn't sell it, and Merseyrail were sticking with the paper form.

Slowly, over time, other products were added.  Some of the yearly travel passes, and then some of the monthly ones.  But it was still clunky and ineffective.  Meanwhile, other city regions introduced their own smart cards without hassle or problems.  On top of that, new technology swept in to overtake the idea of a plastic travel card.  My mum used her debit card on the tube when she was visiting my brother - no Oyster required.  I collected Manchester's tram stops almost entirely using my phone - an e-ticket on Northern from Liverpool, then a day ticket on the getmethere app.  The world was moving on and the Walrus looked dated.

I'm not sure what the problem with Walrus was; I've heard rumours about in-house software, or the zones being difficult to programme.  All I know is that the decision to kill it should've happened about five years ago.  Scrap the work, go to London, and pay them for whatever they use for the Oyster.  Sorted.  The swiftness of the MetroCard's implementation - online testing before Christmas, with availability for the public in the New Year - makes me think this is exactly what's happened.  The MetroCard isn't as sexy a name as the Walrus, but if it works, who cares?  (It's better than getmethere, anyway).  With it comes a promise of online top ups, fare capping, and smooth movement between transport methods.  Admittedly, we had these promises back in 2011, but this time I actually believe it might happen.  And about time too. 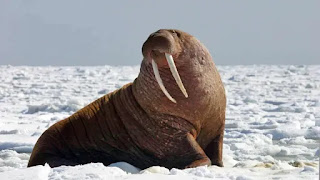