(I've Had) The Tyne Of My Life 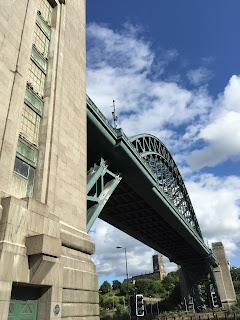 I'd been to Newcastle before, of course.  Many times.  I'd even spent a few nights staying here.  But I'd never ventured into the city itself.  I'd always had trains to catch, or I needed sleep, or I'd gone for a pint to a bar round the corner.  I'd never "done" Newcastle.  It didn't help that the station was being redeveloped every time I visited, and I wanted to wait for that to be finished before I collected it.  See it at its best. 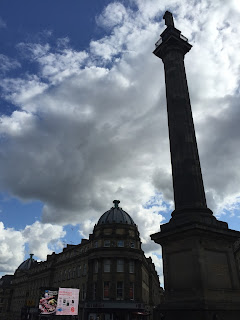 I am furious with myself for this.  Because it turns out Newcastle is bloody fantastic.  Just wonderful.  I wandered around the city with a dizzy, ecstatic smile on my face.  Everything about it was perfection. 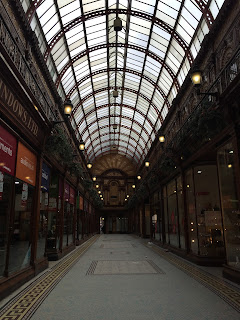 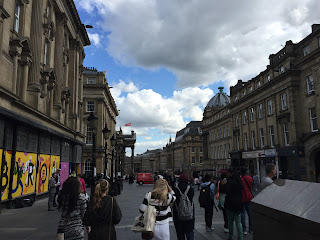 In Liverpool, the river brushes right up against the buildings.  The Tyne is far more dramatic, sitting in a gorge that puts the city high above the river.  It's crisscrossed with half a dozen bridges, each as interesting as the one before, each one different. 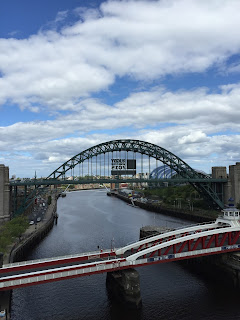 I went down to the dockside, where the Tyne Bridge soars over the streets like an ironwork Godzilla.  I could have stood there all day and just marveled at it. 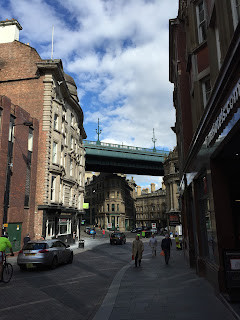 I found the Bigg Market, notorious as a centre for depravity and wantonness, and found a reasonable little square with a few drunks.  Not the sodom I'd expected.  Of course, it was Friday afternoon.  Probably around 1 AM it would have been different - the posters for Cocktail Buckets: £5 didn't point to refined entertainment.  (No, that's not a bucket filled with bottles.  It's a bucket filled with booze). 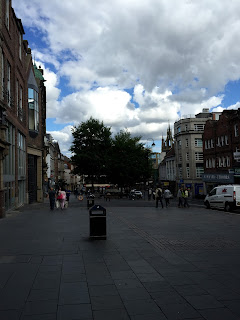 Sadly, the Rupali, legendary home of the late Lord of Harpole Abdul Latif and made famous in Viz, has closed, so I couldn't experience the "Curry Hell".  Instead I found an ancient church and a plaque commemorating the first place The Blaydon Races was performed (that song again!). 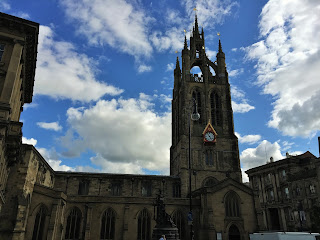 And the people!  Obviously the Geordie accent is the sexiest one in the country: that is a stone cold fact and I will not be persuaded otherwise.  But they're also gorgeous.  My eyes regularly alighted upon yet another male model with cheekbones you could slice ham on, or a girl poured into a tight dress with more curves than a mountain road.  They were happy and sexy and laughing and I wanted to do rude things to all of them.  They were also kind; at one point I was so busy being gobsmacked at the city that I tripped over the kerb and went sprawling.  A young woman ahead of me turned round, stopped her conversation on her mobile, and checked that I was ok.  In most other cities she'd have kicked me while I lay on the floor.  She certainly wouldn't have stopped talking. 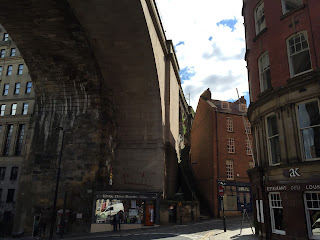 In amongst all this finery, there's the railway station of course.  It's huge, but not as busy as it used to be - local services were pretty much all redirected onto the Metro (the Metro!  Oh, I love the Metro!  There will be a whole separate post gushing about the Metro).  But it's still Newcastle, and it's still wonderful. 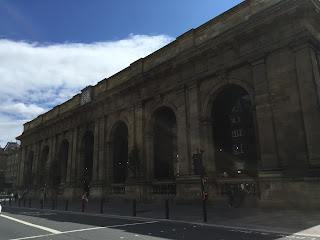 The redevelopment - which still isn't quite finished - filled in the porte cochere to create more space for coffee shops and ticket machines.  It's been done well, in glass and copper, and allows you to appreciate the station more. 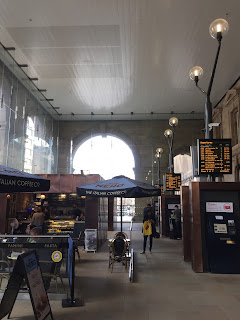 Rather than biding a while at Caffe Nero I went through the huge entrance doors into the station itself. 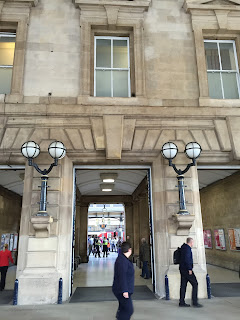 Long curved glass reaches over shiny-floored platforms.  The whirl of trains passing through, always progressing, to London and Scotland and all points in between. 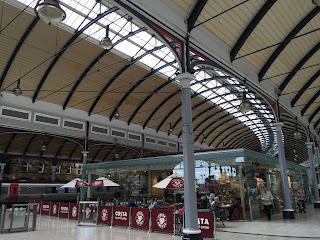 The twists in the roof make it feel like the building itself is moving, helped by the open ends.  There's a thrilling feeling of excitement.  Trains can't linger long because there's always another one behind waiting for its space. 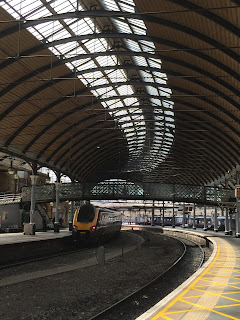 I love it.  I love everything about it.  I needed to recover, and I staggered into the Centurion Bar.  Not just a bar though; the former first class lounge, now open even to plebs like me. 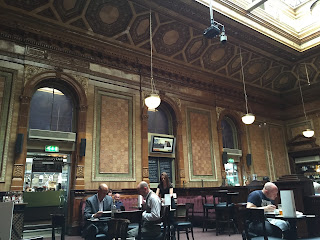 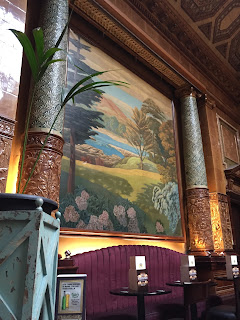 I sat down with a Newky Brown - even the city's drinks are superlative - and tried to take it all in. 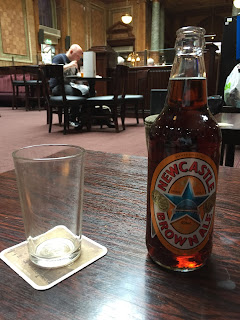 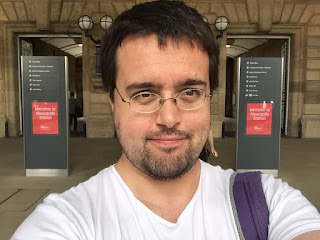 Email ThisBlogThis!Share to TwitterShare to FacebookShare to Pinterest
Labels: Newcastle Central, something really rather wonderful

The Holy Trinity of York, Newcastle and (to a slightly lesser extent) Darlington stations are true wonders of the Railway Age.