It's the most wonderful time of the year: the time when a railway map is updated.  Actually, West Midlands Railway seem to have updated the map ages ago, because the map on their website is dated "June 2020", but there was quite a lot going on in June 2020 what with the global pandemic and everything so I've only just noticed.  And to be fair, the changes are in the main, relatively minor.  For example, the font used has been ever so slightly tweaked: 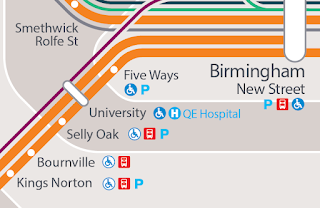 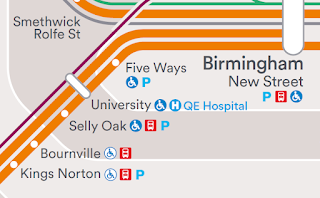 The old one is at the top, the new one is at the bottom.  It's a move away from the corporate font to something a bit more generic which is a shame.  Large towns with multiple stations like Birmingham and Worcester have also got their name emboldened, so you can spot them easier.  There's also been a minor, corporate livery related change: 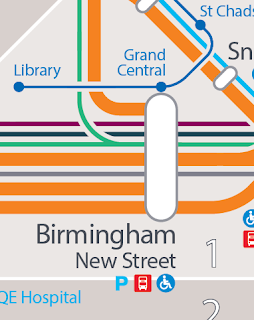 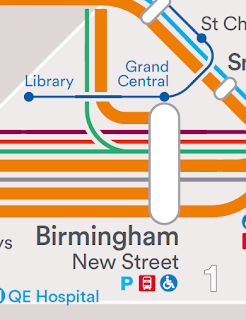 It seems Avanti have spotted that, while there were many regrettable parts of the Virgin branding, having bright red as your corporate colour is really eye catching and memorable so have swapped it back.  This has of course extended to the key, which is now in proper alphabetical order: 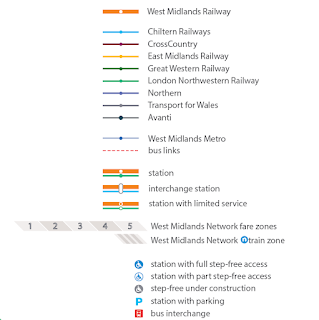 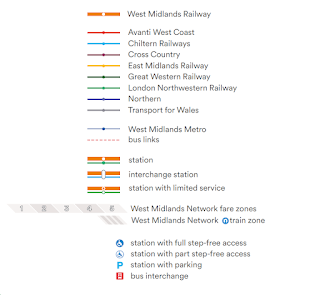 They've also removed the "step-free under construction" symbol from the map, presumably so they don't get up the hopes of any disabled people viewing.
The biggest change however is a whole extra station: 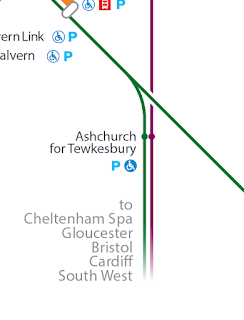 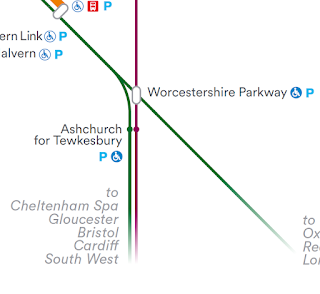 Welcome to the map Worcestershire Parkway.  This is a park and ride station built at the point where the Worcester-London line crosses the Birmingham-Cardiff line and about a mile and a half from the M5.  This is slightly annoying, as I did the Worcester end of the map three years ago, but I'll have to go out to collect Ashchurch for Tewkesbury anyway so it'll be a handy two-for-one.  And I can never complain about new stations being built - the more the better!
Posted by Scott Willison at 12:24

I just saw this post and had a nostalgia attack from when I lived in Brum (mumble) forty years ago. There are a lot more stations now than there were then!