I quite like walking.  You might have realised that from the last eight years of blogs.  It's a soothing, calming way to get a bit of exercise and fresh air.  Certainly better than jogging.  My particular part of town seems to be some kind of jogger's hub, and I see them every evening, pounding the pavements in lurid leisurewear and sweating, occasionally pausing to lean up against a wall and hoik up part of their lower intestine.

Nope, a nice brisk stroll: that'll do me.  I went for a walk the other day and, because I'm always thinking about content for this blog, I headed out towards Moreton.  You see what I do to bring you valuable, interesting prose?  I'm a martyr, I really am.  I was going in search of a station that has been on the Merseyrail "to do" list for a long time, but still hasn't appeared - Town Meadow.


Between Moreton and Meols there's a long stretch without any stops at all.  When the line was built, this was because it was mostly empty fields and marshland, so there was no need for a station, and that's how things remained for the best part of the century. 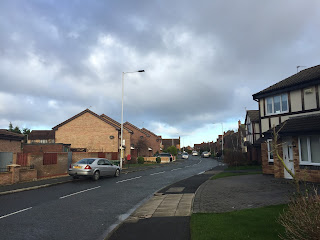 Come the 1980s, however, new developments were springing up everywhere, and the space was finally colonised by housebuilders.  There's now a large, thriving estate either side of the Arrow Brooke, so a new station - called Town Meadow - was proposed. 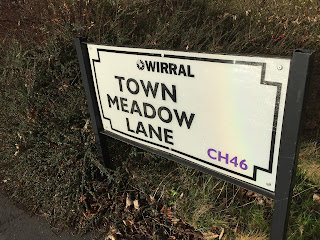 Trouble is, the need for a station isn't that desperate.  Moreton and Meols have plenty of capacity for more passengers, and have coped well over the last few decades with this influx.  Most of the residents have cars - this is a pretty affluent area - so the number of people changing methods isn't high.  There are far more deserving cases on Merseyside, places where a new station could actually make a difference.  The station was first proposed in the mid-eighties, and since then, Merseyrail has got Bromborough Rake, Eastham Rake, Brunswick and Conway Park.  They were all deemed a better use of Merseytravel's money than Town Meadow. 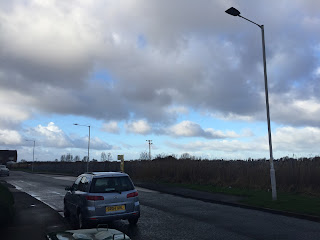 Wandering out there I could see why it was still unbuilt.  I walked the length of Millhouse Lane to the railway and I saw at most half a dozen people in the street.  It was a quiet suburb.  Town Meadow station might see action during the rush hour and at weekends but for the rest of the day... not so much. 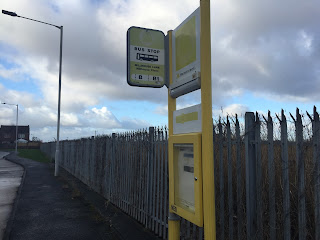 There's a bus stop and a layby right up against the railway fence, probably planned as an interchange point by Merseytravel, but it was deserted and it gets only one service. 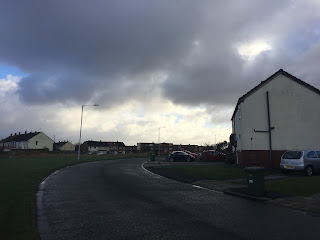 And there's the other side of the line, too.  The railway is a demarcation point between civilisation and nature.  Across from the houses, there's only soggy marshland, and dunes, and then the sea.  I saw the distant hulk of Leasowe Lighthouse, and no other sign of human intervention.  The land there will never be built on, so the market for Town Meadow won't grow. 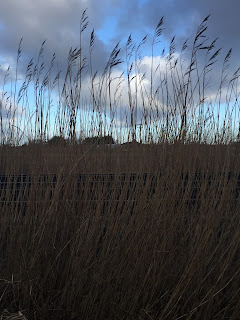 Reports of the station being built turn up now and then in the local press, with a local councillor standing hopefully by the tracks.  My copy of Merseyrail Electrics: The Inside Story (published 2001) even says that the timetables in the eighties were designed to accommodate the station when it was built.  No-one says it's a bad idea.  It's just not enough of a good one. 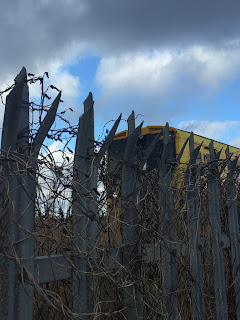 A train burned by me, the driver enjoying the chance to put his foot down without having to keep pausing.  I turned back and continued my stroll.  It was a two mile walk from there to Meols station, but it was ok for me.  I like that sort of thing. 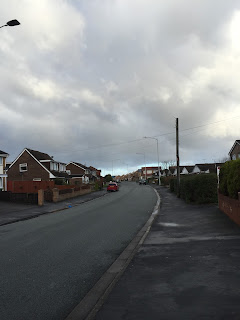